A concert hall is a cultural building, which serves as a performance venue, chiefly for classical instrumental music. For sure, the performance & function design of a concern hall is the most important part. However, to make it outstanding among the others, exterior design can not be neglected. And some architects have stepped forward to create truly wonderful, unique works of architectural art. Here we handpicked 9 Modern and Unique Concern Halls which have been well designed and become land-marker of their cities.

The National Centre for the Performing Arts (NCPA), and colloquially described as The Giant Egg, is an opera house in Beijing, People’s Republic of China. The exterior of the theater is a titanium accented glass dome that is completely surrounded by a man-made lake. It is said to look like an egg floating on water, or a water drop. It was designed as an iconic feature, something that would be immediately recognizable. 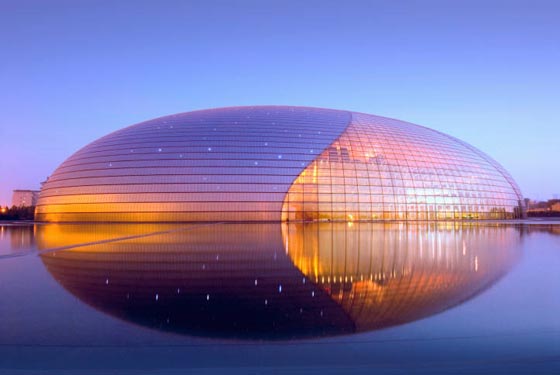 The site of the Melbourne Theatre Company and Melbourne Recital Centre is the heart of Melbourne’s arts precinct. Viewed at night the exterior of the building is a mesmerising matrix of glowing tubes, hovering around the black box of the building, reminiscent of the tubing on the Arts Centre spire, but more graphic, like an illusionistic painting, blurring two dimensional and three dimensional perception. 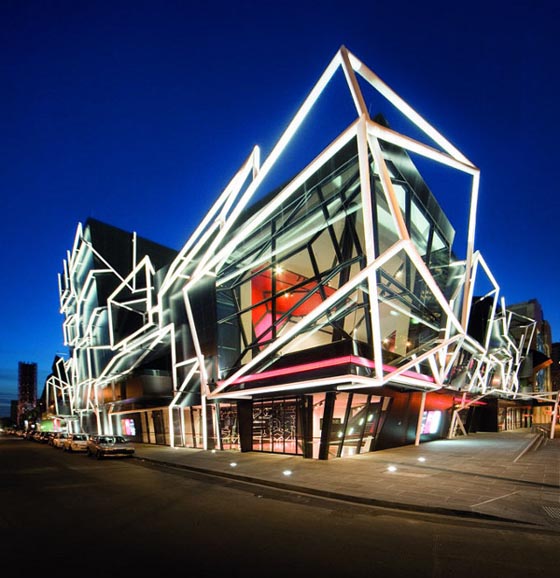 The majestic profile of the auditorium has become an architectural symbol of the city of Santa Cruz de Tenerife, the island of Tenerife and the Canary Islands. It is also regarded as the finest modern building in the Canary Islands and one of the most emblematic buildings of Spanish architecture. 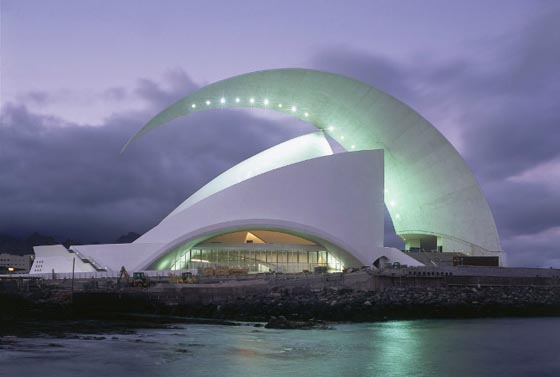 The Performing Arts Centre “KILDEN” houses three organizations: the ‘Agder Theater’, the ‘Kristiansand Philharmonic’ and the ‘Opera South’. The building is a sharp object with an almost exaggerated clarity of expression. It stands proudly in the rough industrial surroundings. The building creates elegant public and performing spaces and rough, functional production facilities. 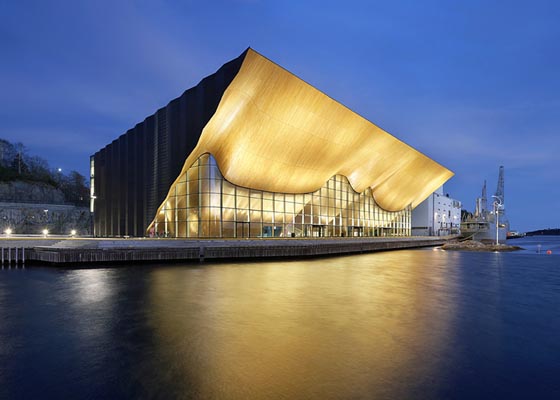 The Singapore Civic and Cultural Center will span a staggering 24,000 sq.m. of space in Singapore’s One-North precinct. At its heart is a 5,000 seat concert hall that will house some of this tiny coastal nation’s greatest touring acts. Beyond it’s concert hall, the Singapore Civic and Cultural Center will also include retail and cultural features that add to the experience of the country’s soon-to-be largest auditorium. 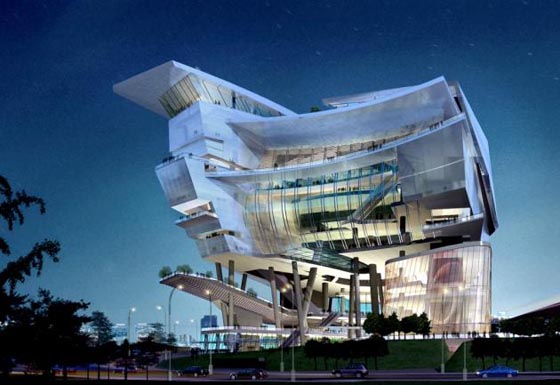 The Koncerthuset (Copenhagen Concert Hall in English) by Jean Nouvel consists of four halls with the main auditorium seating 1,800 people. The structure can be likened to a meteor covered by big blue screens, supposed to resemble water, that can be used to project visual content on.

The Sydney Opera House is a multi-venue performing arts centre in Sydney, New South Wales, Australia. It was conceived and largely built by Danish architect Jørn Utzon. The Sydney Opera House is a modern expressionist design, with a series of large precast concrete “shells”, each composed of sections of a sphere of 75.2 metres (246 ft 8.6 in) radius,[11] forming the roofs of the structure, set on a monumental podium. 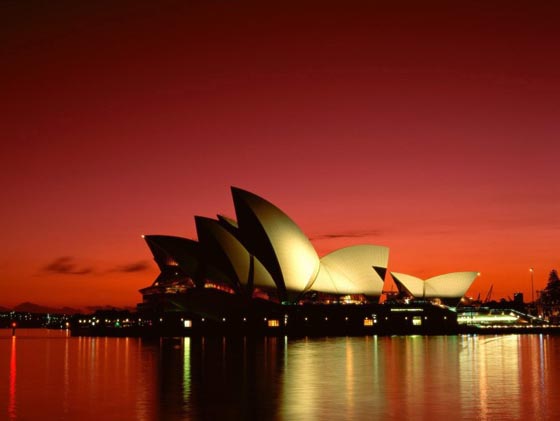 Harpa was designed by the Danish firm Henning Larsen Architects in co-operation with Danish-Icelandic artist Olafur Eliasson. The structure consists of a steel framework clad with irregularly shaped glass panels of different colours. 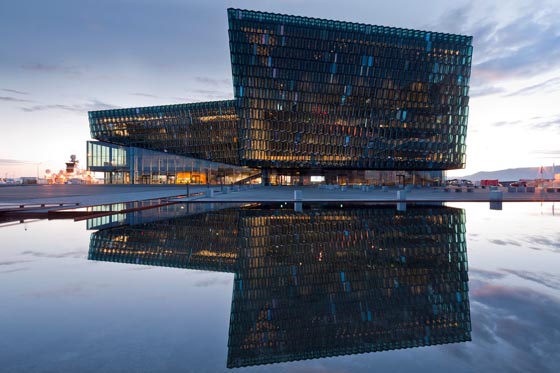 The Walt Disney Concert Hall by Frank Gehry is now a Los Angeles landmark, but neighbors complained about the shiny steel structure when it was built. Critics said the sun’s reflection from the metal skin created nearby hot spots, visual hazards for neighbors, and dangerous glare for traffic. 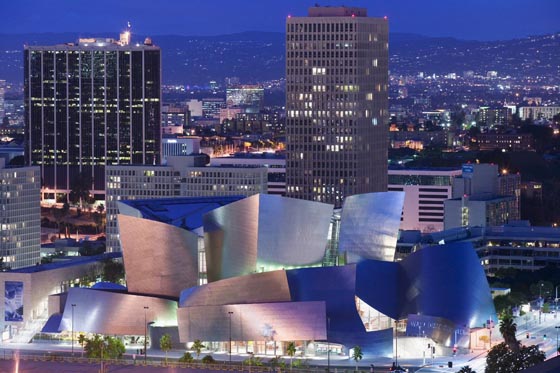