Tagline: The secret of attraction.Loto. Fulfilling what advertising has always promised. 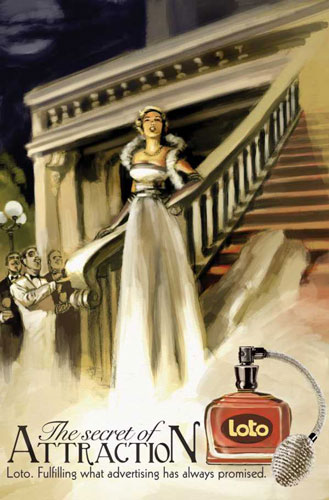 Tagline: Yes, it can happen 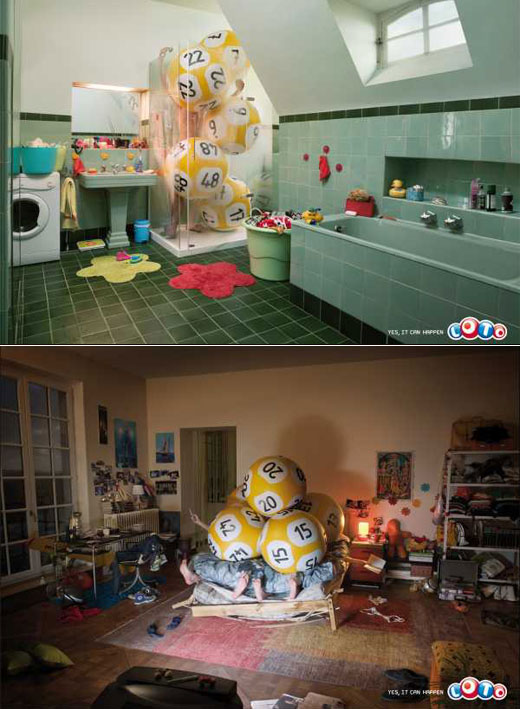 Tagline: Don’t risk losing. Buy lottery bonds. Your money is guaranteed and you may win millions. 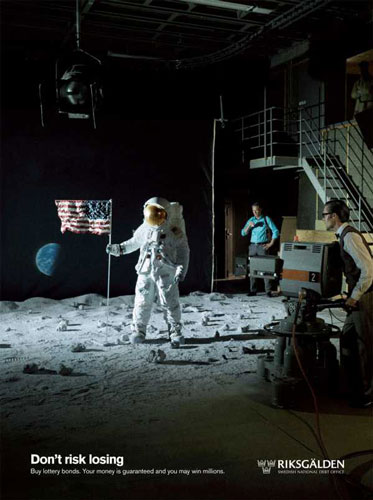 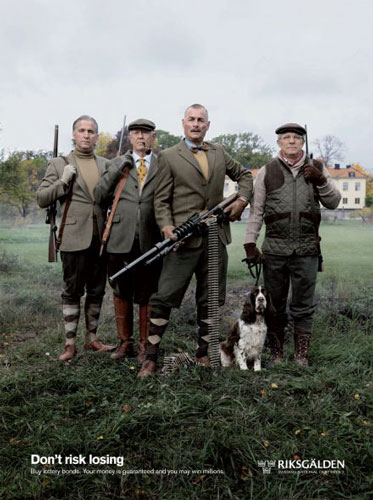 Jackpot-Select Lottery: The Building Lot Board

An information board that announces the construction of a one-family house at a huge building site demonstrates the high chances of winning with FABER lottery games. 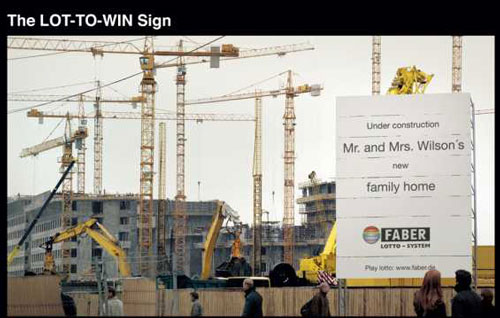 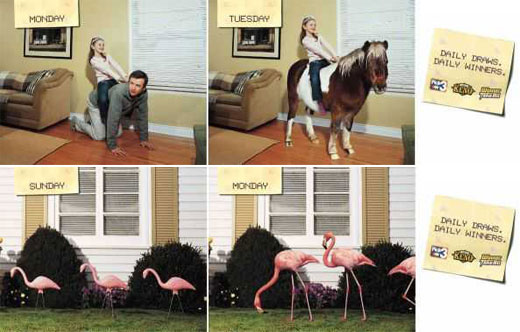 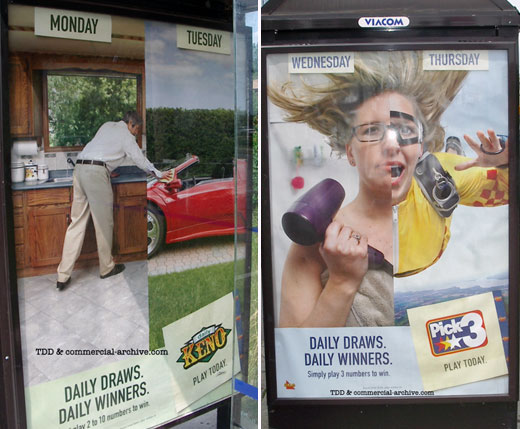 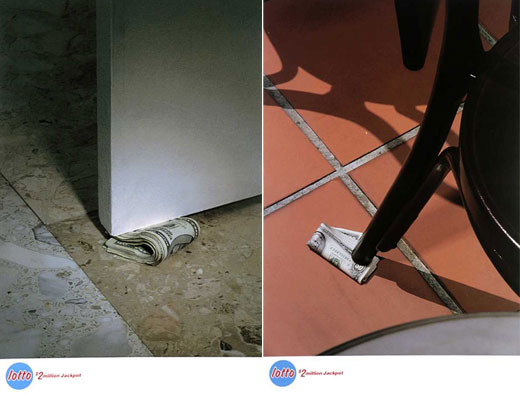 EuroMillions : Lottery (2007) Similar like the one above, Chair Wedge again. 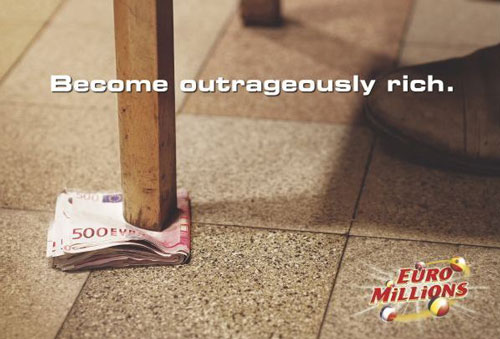 I guess this idea is originated from: “The fortune at the end of the rainbow”. So the company acutally create an artificial rainbow. 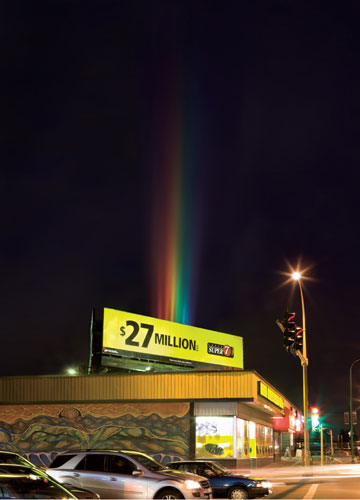 Tagline: Every prize is grand.
Would you like those 9th and 27th prize? 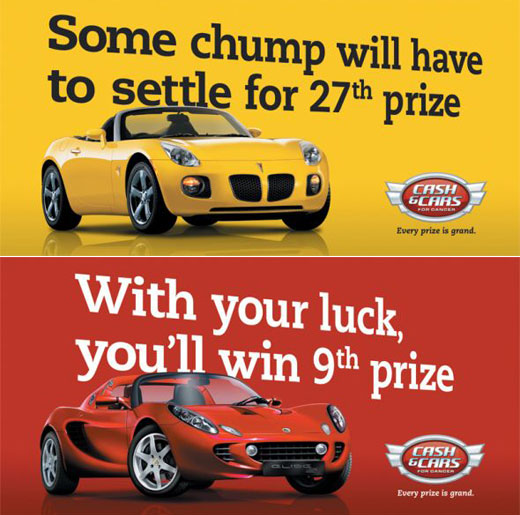 In this interactive ad, the block shown is identical to the original French lotto playing sheet. Instead of choosing six numbers, people are invited to cross out six undesirable things in their lives.

Really great thinking and execution. For me, it looks like if you win, you can change most of those thinks that you don’t like. It’s like if you chose them for the very last time! 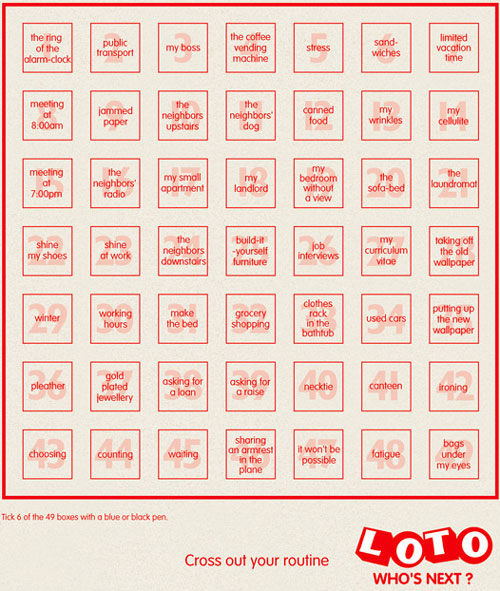 Headline:
“You can expect anything fall to the sky, not money”

signature line:
“If you want it, play lottery” 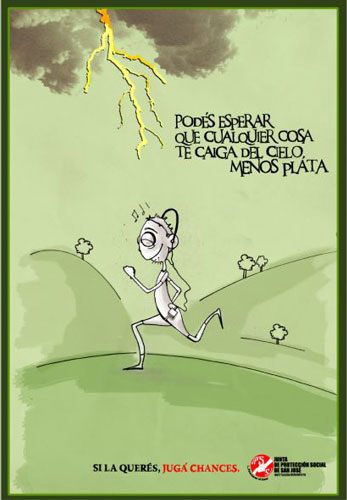 Delaware Lottery/Multi_Win: Out of lin

Sometimes it pays to get a little out of line. Win by matching numbers straight or across lines 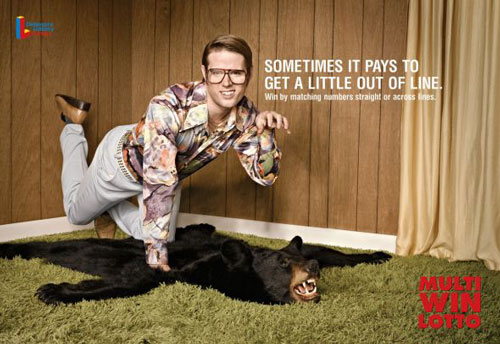 This one is designed for The National Lottery’s new product – New Born Millionaire.

I guess that is understandable to see the “giant baby” there 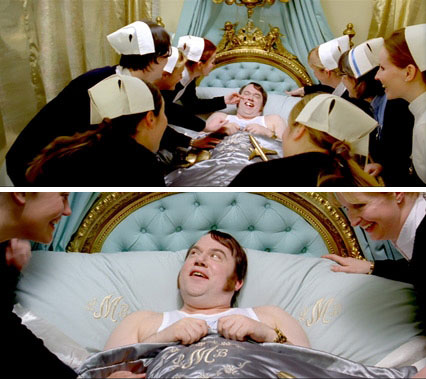 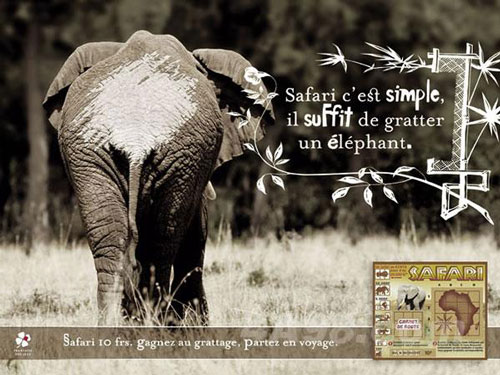 And the last one is not about the lottery, but it is definitely a smart lottery inspired ads design. 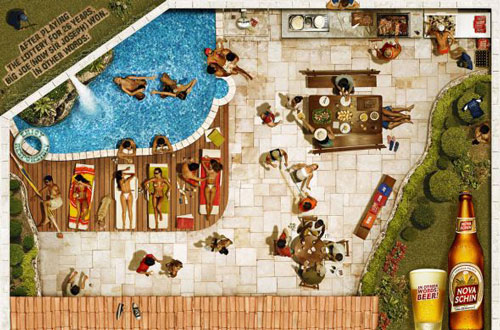 Intricate Leaf Carving by Lito who Tries to Control ADHD