Created by Washington-based woodcarver Jeffrey Michael Samudosky, this replica of an Enteroctopus dofleini, or Giant Pacific Octopus was carved from a fallen Redwood. The cephalopod’s tentacles curve and twist their way across areas which Samudosky left natural, including the entire back of the trunk which gives the illusion that the octopus is on top of the tree, rather than a part of it. Take a look at below photos to see how Jeffrey created this giant out of the large trunk of wood. Also you can explore more of the self-taught woodworker’s pieces on his website and Facebook. 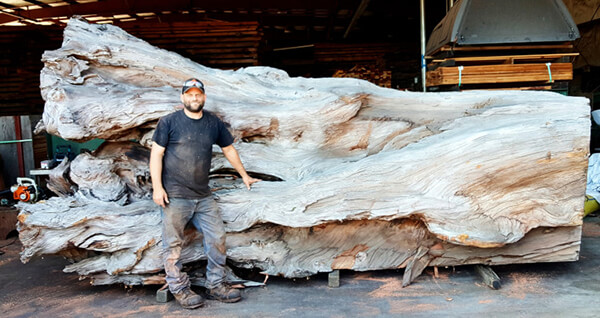 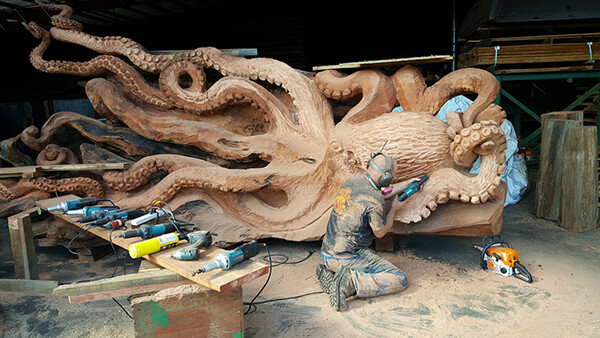 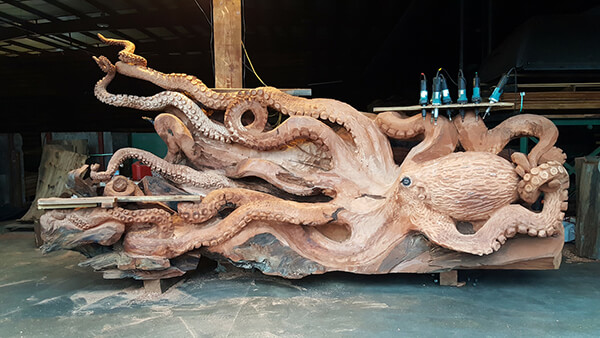 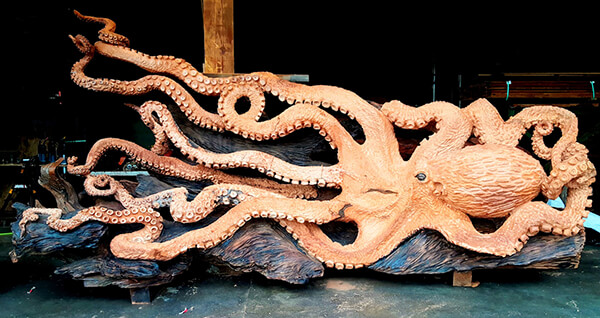 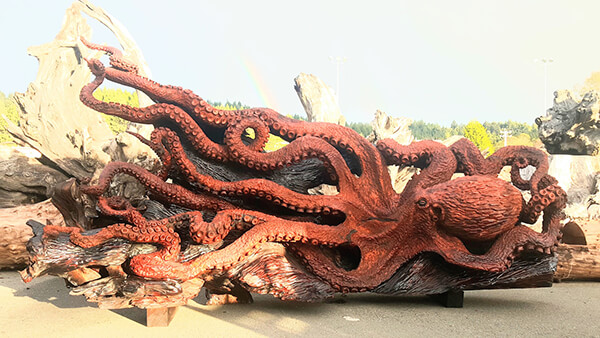