From fearsome T-rexes to long-necked Brontosauruses, Inoue finds ways of capturing a range of different dinos. Amazingly, Inoue manages to convey the essence of all these dinosaurs with his limited set of materials. The pointy ridges of a leaf, for example, become the sharp teeth, or even the jagged edges of the creature’s spine. Similarly, by lining up leaves in descending size, he can easily create a long swinging tail.

So far, Inoue has released 6 of his leafy dino designs. Inoue is adding a few more dinosaurs to the Jurassic Nature series, so keep an eye on his Instagram for updates. You can also find prints of a variety of his botanical creatures in his shop. 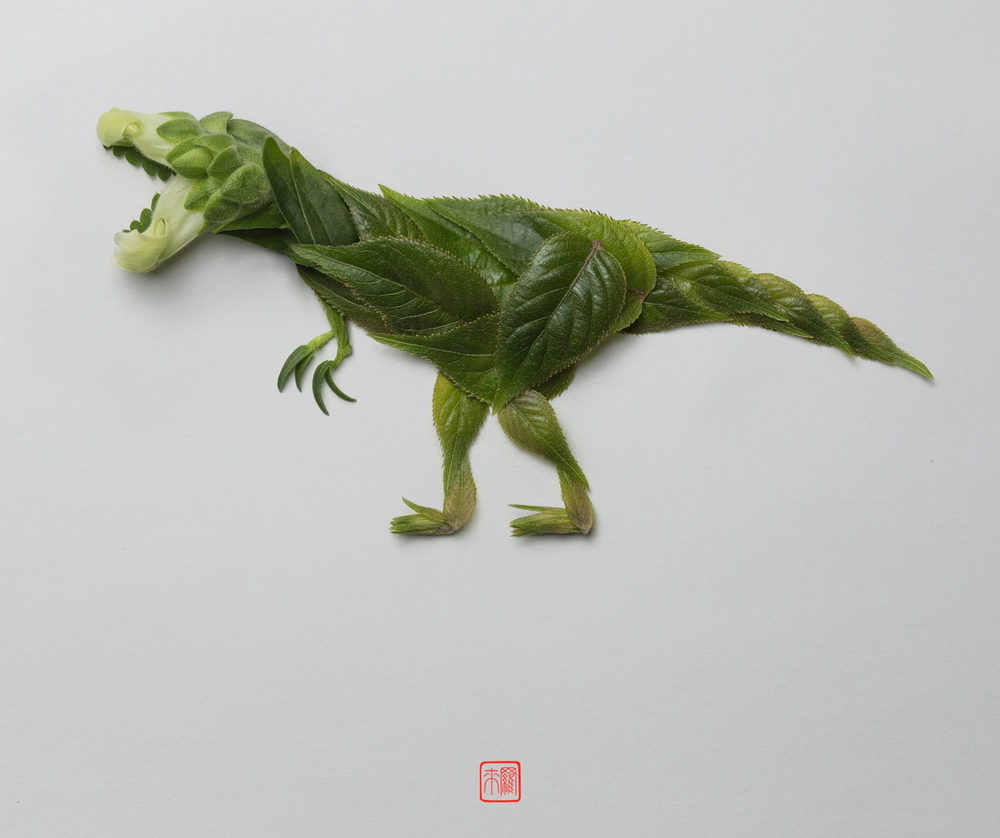 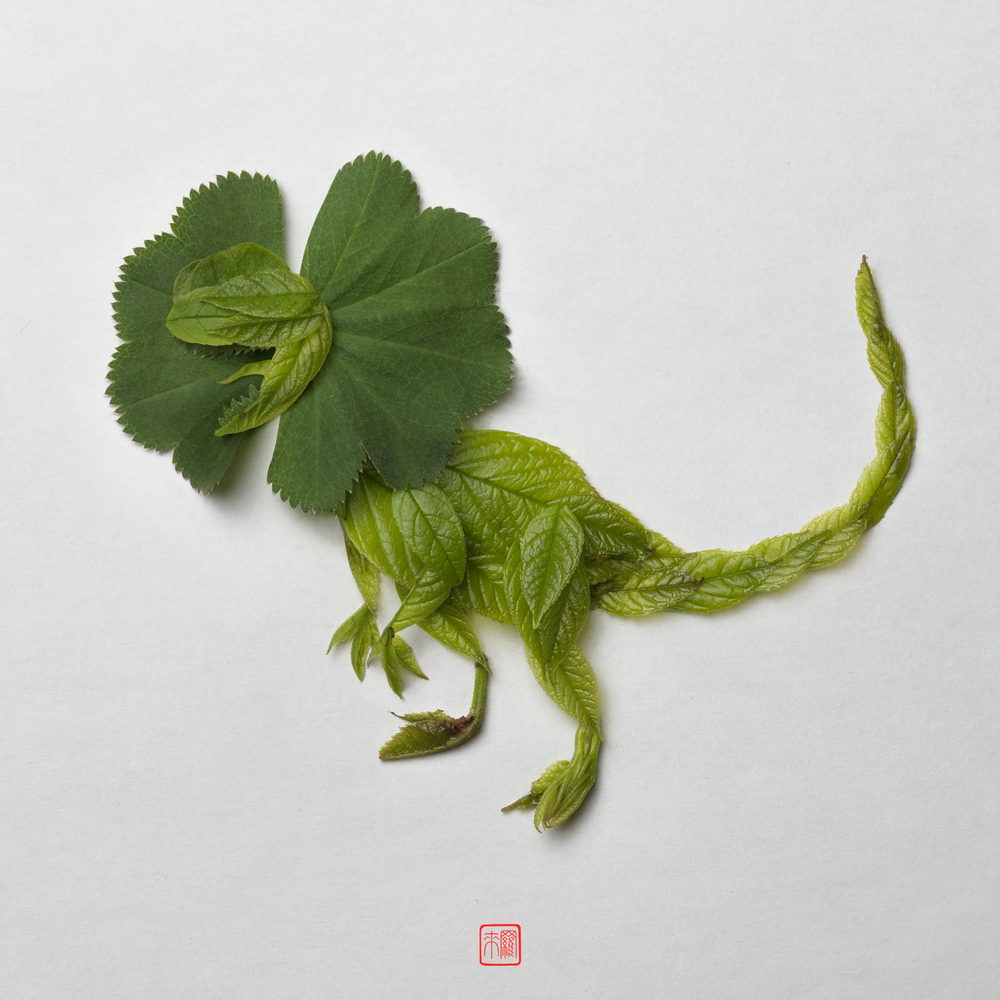 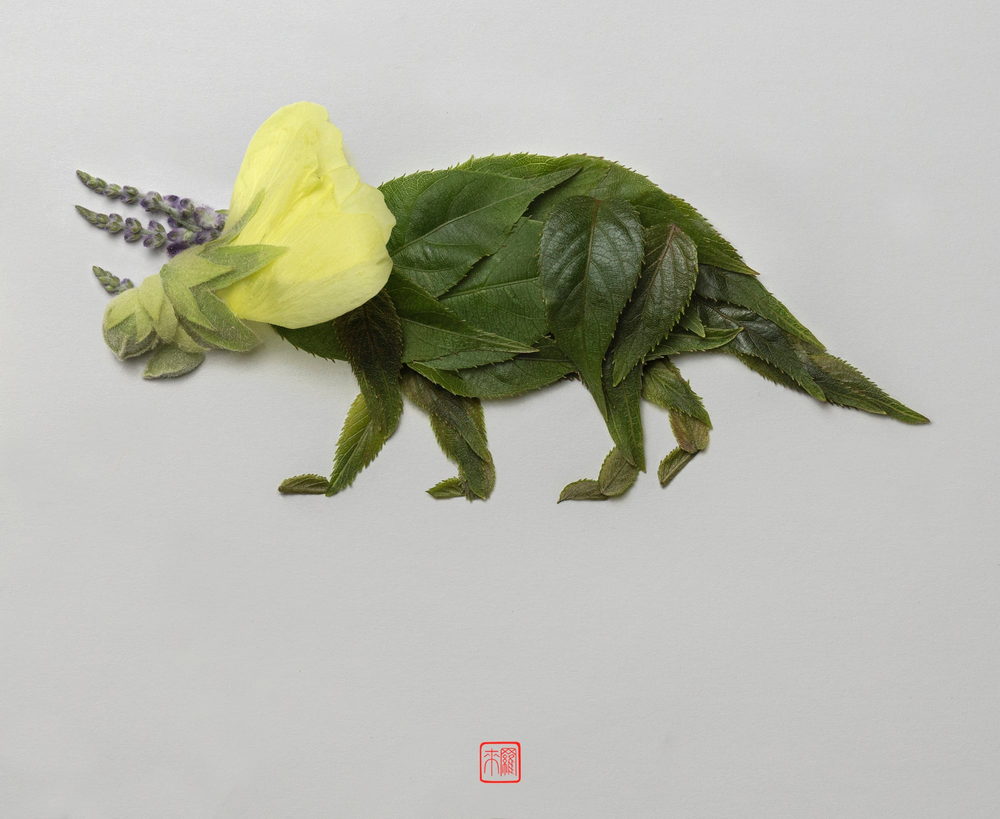 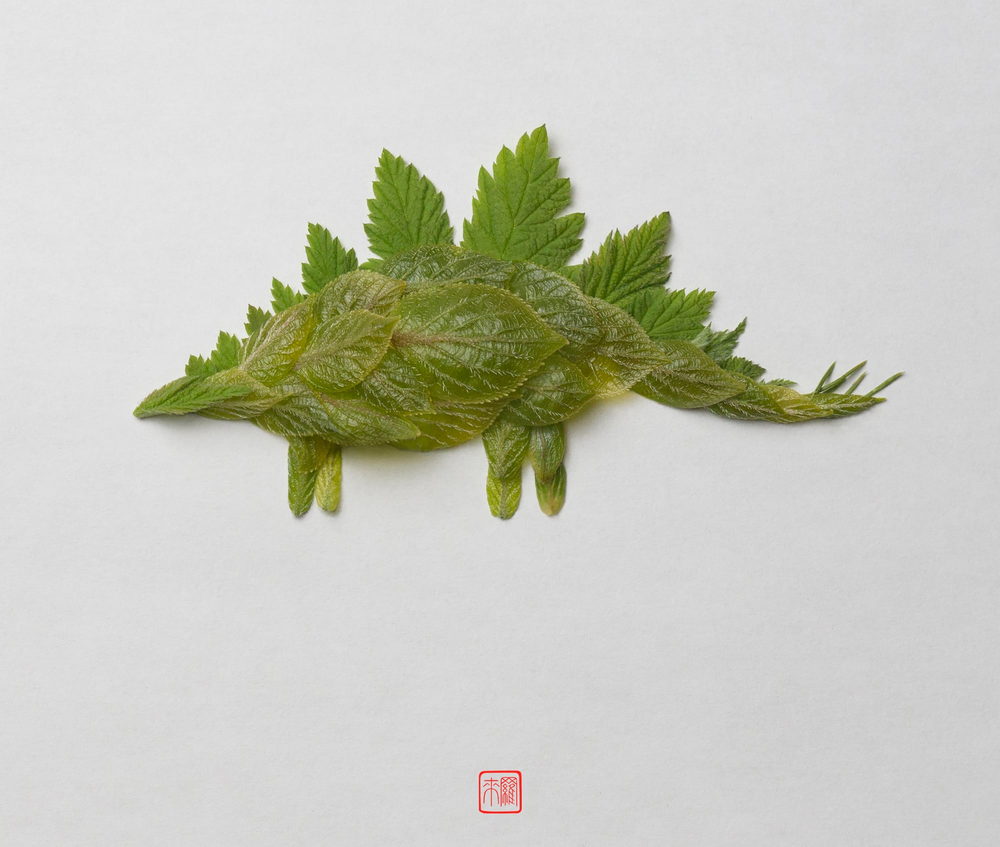 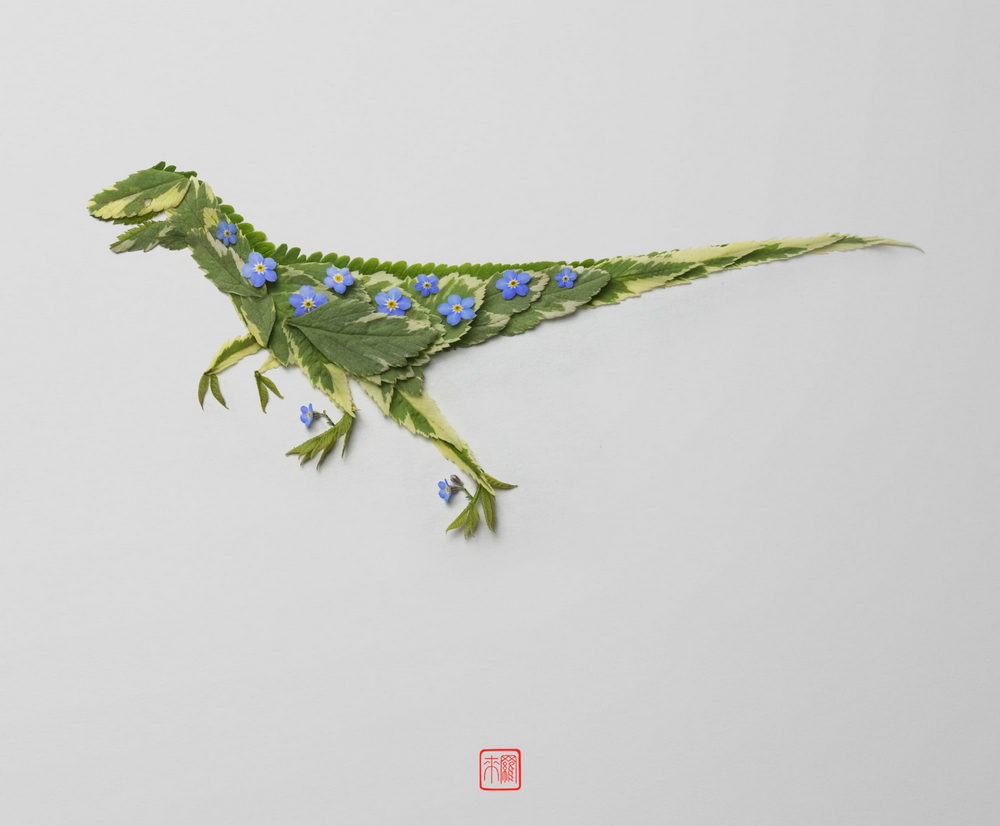 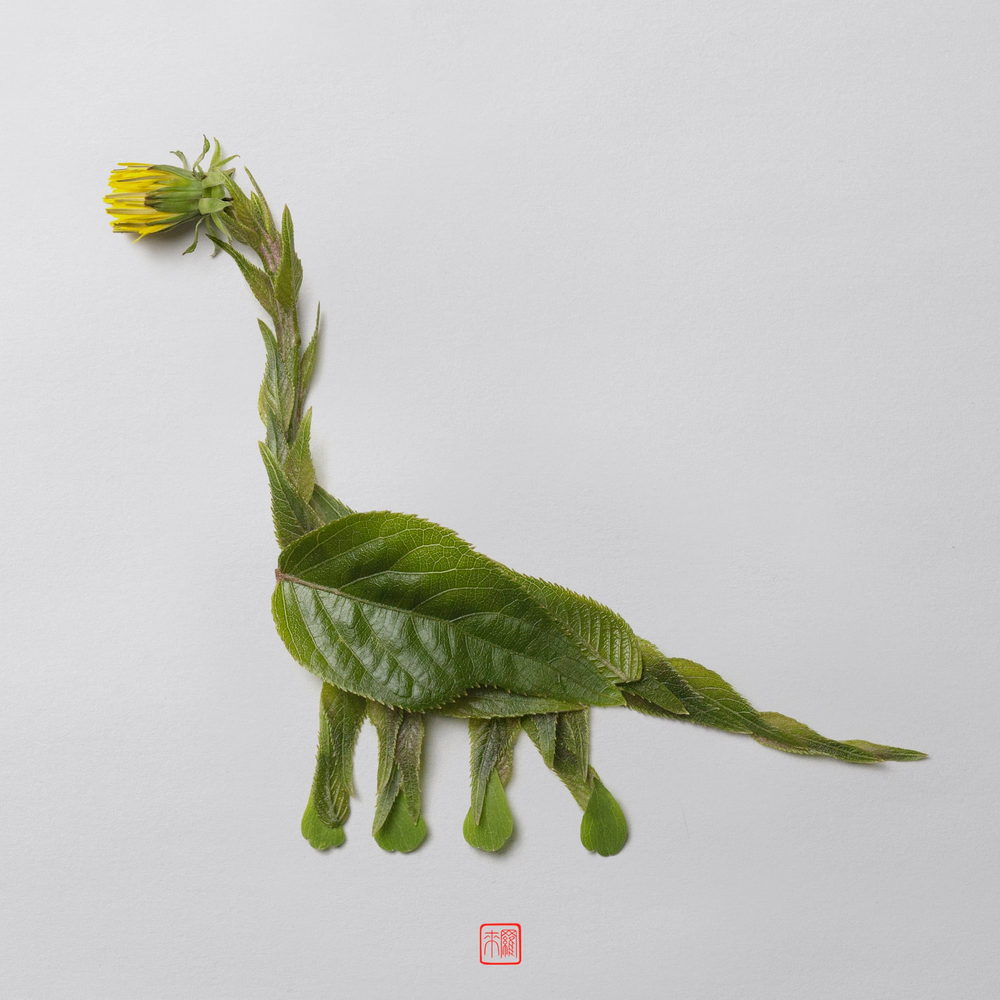 Shoe Bakery: the Sweetest Shoes on the World