If you have two months and would like to deal with 13,000 pennies like the Portland, Oregon-based DIY enthusiast Tonya Tooners did, you might have a really unusual penny flooring at home.

How it all began? During a floor renovation, Tooners found out she had to do something else to the plywood floor near her bedroom’s dormer window. Started by measuring and finding the center. Didn’t have a plan for the design so she just started gluing pennies until she found a pattern she liked. The whole project spent around $350 ($150 pennies + $200 extra cost like glue, wood filler, grout, and some expensive epoxy. 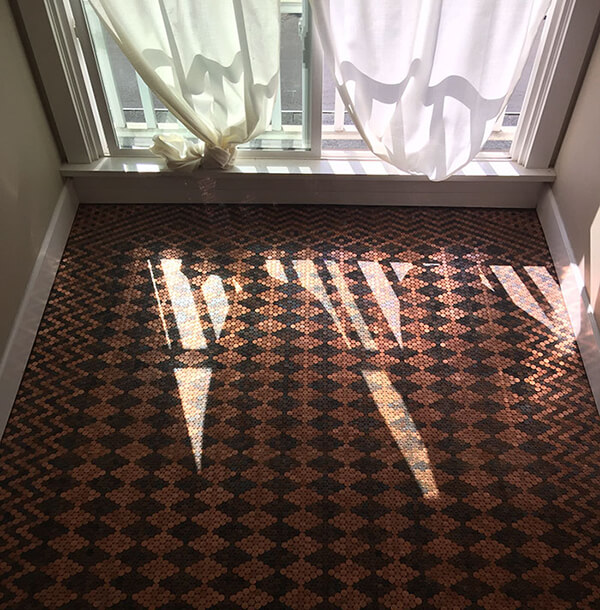 Just look at the image, I am pretty sure you can tell directly how tedious the project is. However, apparently, this is not the first case of using pennies as flooring. In 2013, a young couple already did that by gluing 60,000 pennies to their bedroom floor and there is still a debate whether it is legal to do that. Hence, do think twice when you try to do such DIY, it not only about time, energy and money, it might get you in trouble as well. 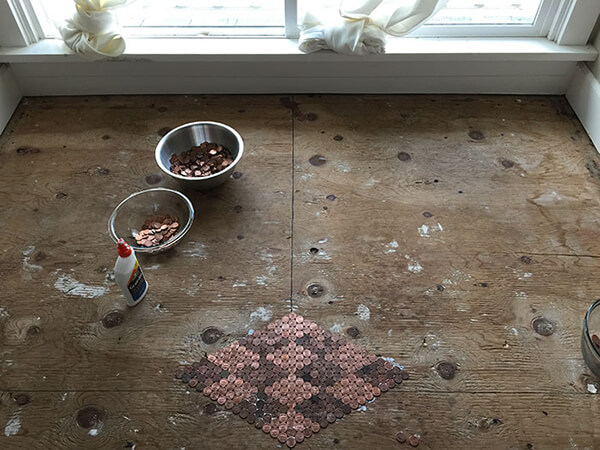 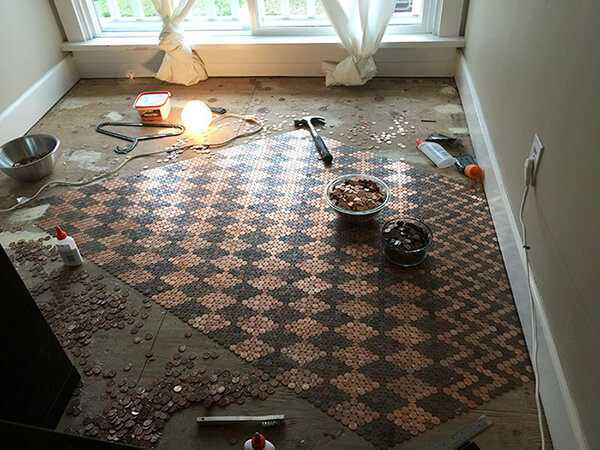 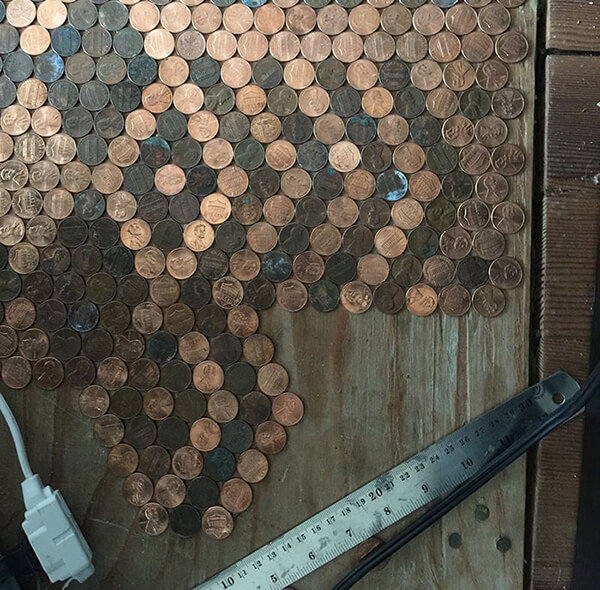 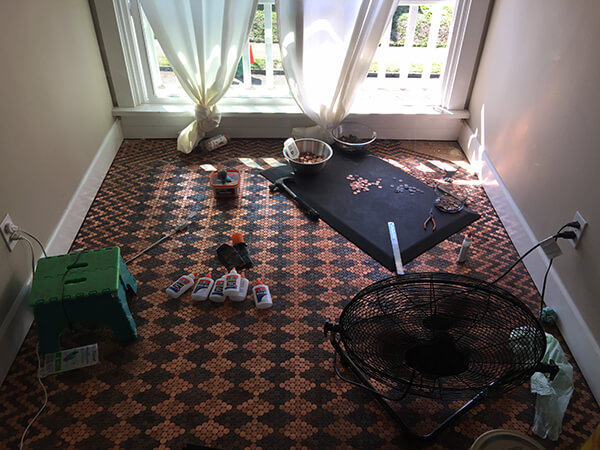 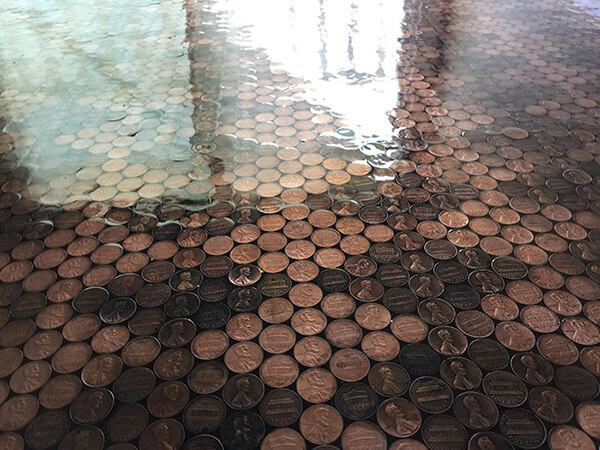 The Best Men’s Shorts to Bring in the Summer Sun