Around the globe, people are actively searching for new and convenient ways to lose weight. Convenient because who wouldn’t like to shed weight without having to go through unnecessary stress. This involves swapping soda with more healthy drinks like green tea. But, how does tea relate to losing weight?

Almost everyone enjoys taking tea as a beverage. It is easy to make and can be done by pouring warm or hot water onto tea leaves while allowing it to soak for several minutes so their nutrients and flavor are properly infused with the water.

Apart from being healthy, drinking tea has also been linked with quite a several health benefits like protecting the cells from damage and reducing the risk of heart disease. Other people use warm tea to have a good night’s sleep on a cold night. The bottom line is tea can help you lose weight. Check out four types of tea people drink to lose weight. 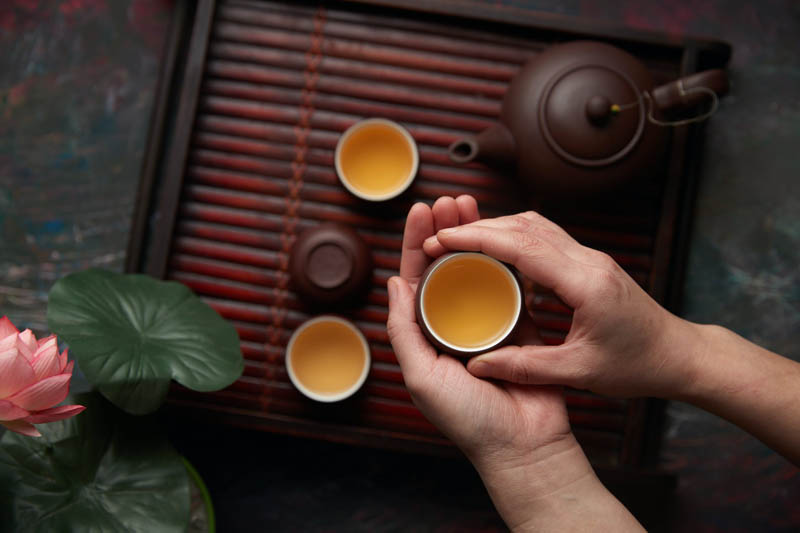 Green tea is one of the most popular weight-loss brews, as its ingredients include antioxidants also known as catechins and epigallocatechin gallate (EGCG) that is widely believed to burn body fat and increase metabolism.

Experts found that extracts from the tea caused changes in the way fat metabolism genes were expressed. It was more notable when it was consumed consistently over time. 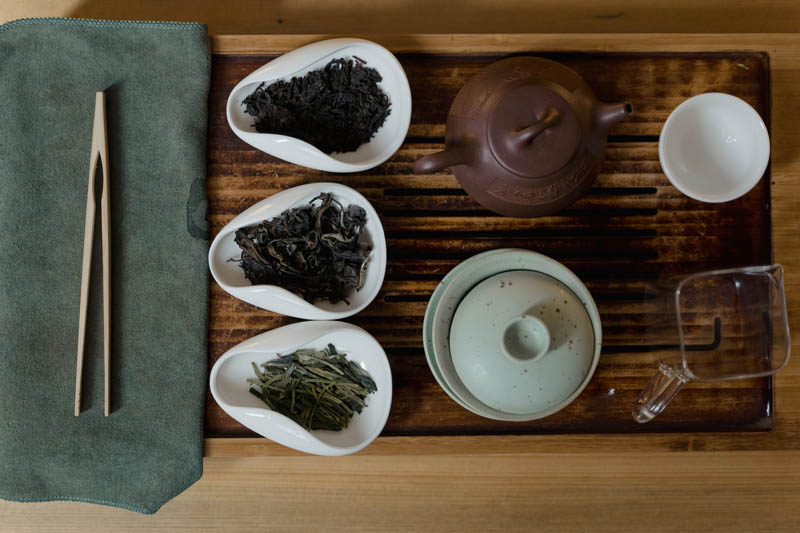 According to research, people who drank tea that was very rich in catechins at least twice a day saw a significant decrease in their belly fat after roughly 3 months. In other words, they lost about 1.9 cm in waist circumference and 2.6 pounds of body weight. That’s a lot from just drinking tea. Further studies have also shown that the combination of EGCG in green tea and caffeine possesses a positive effect on weight loss and management in the body.

The herbal tea has a compound known as anthraquinones. It serves as a natural laxative with its effective compounds obtained from the senna plant. The plant is also known as Cassia Acutifolia or Cassia Angustifolia, available directly as senna leaf tea or as a capsule.

The laxative properties of the senna tea are very potent such that medical doctors use it before carrying out colonoscopy procedures or when they attempt to curb the effect of constipation causing medicines. Using Senna Tea for your health would help with detoxification, weight loss, and cleansing. It’s available globally as an over-the-counter solution. 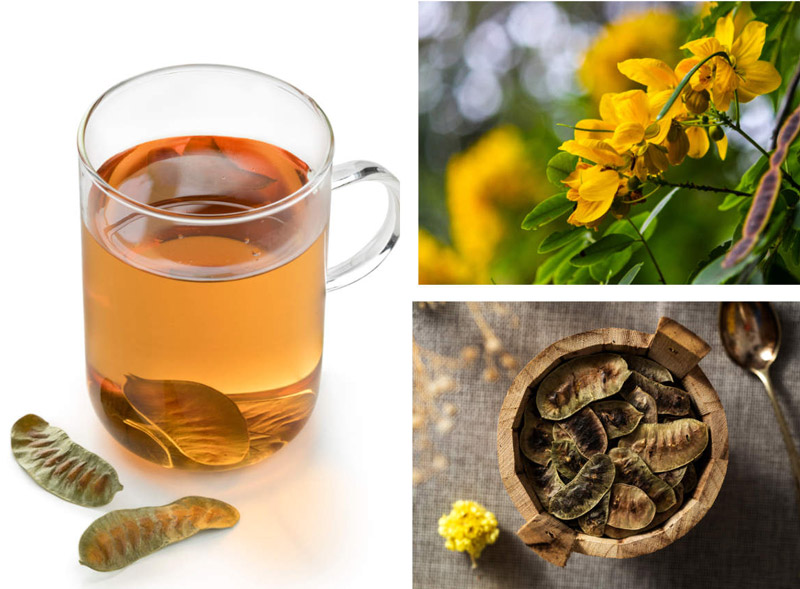 The tea produces that laxative effect in two major ways. It uses its active components to upset the lining of the colon which makes it contract. Thus, creating bowel movements in the individual. The other way it causes a laxative effect is by disallowing water and electrolytes from getting soaked up by the colon.

This is a black tea from China that has undergone fermentation. It is also known as pu’er or Pu-erh tea. Its aroma smells like the earth which keeps developing the longer you preserve it. You best enjoy the tea after a meal.

Studies show that pu’er can lower blood sugar and blood triglycerides. It further shows that it can help with weight loss in animals and humans.

Another study highlighted how about 70 men were given Puerh tea extract or a placebo and after three months, the men who took the Puerh were found to have lost 1 kg. This was far more than those with the placebo group 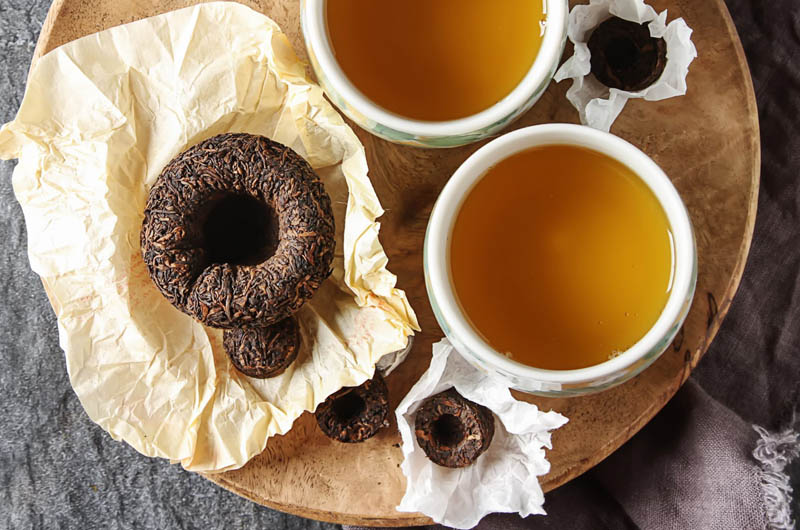 Oolong tea, referred to as black dragon tea, has been considered by researchers to be even more powerful than green and black tea. The Chinese tea is loaded with catechins like those found in green tea, encourages thermogenesis, and is an effective way to lose weight. With thermogenesis, the body can release heat from energy; thus, burning calories, and suppressing the creation of fat cells. 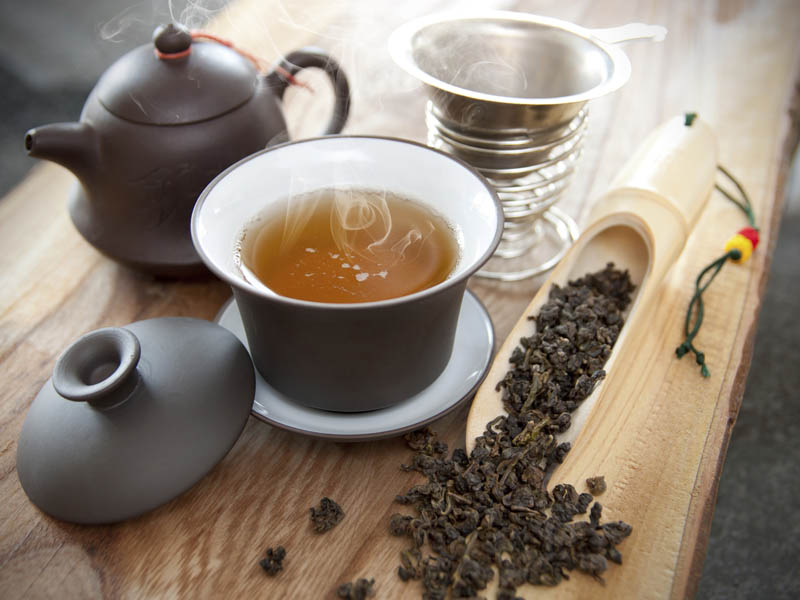 A Japanese study discovered that women’s resting energy increased by 10% after drinking oolong tea for about two hours as opposed to a 4% metabolism bump after they drank green tea.

The catechins in the tea work by enhancing the ability of your body to break down fat which subsequently increases your energy levels and speed at which fat is lost.

Since you already drink tea for pleasure, why not start taking healthy ones that would help you lose weight without having to break a sweat? Join millions of others to replace high-calorie beverages with healthy tea that can lead to weight loss.

The Evolution of the Cat Eye Frame