A two-level apartment in the centre of Moscow is located in a historic red brick building of the late 19th century. Quite often such interiors are designed in the loft style, but this house has undergone a major reconstruction, and only the masonry of the outer wall has actually remained from the original. Therefore, the designing studio decided to move away from the traditional stylistics for such premises and take inspiration from Russian modernists of the beginning of the last century.

A lot of functions are concentrated in a relatively small apartment, and in order not to overload the space with shapes and textures, the designers make the interior monochrome and very delicately approached the choice of textures.

Three main materials are used in the decoration: light beige porcelain stoneware, natural travertine and tinted oak. The combination of materials that are so close in shade made the overall picture complete, but at the same time interesting and detailed.

The main part of the house is a two-level living room, which turned out to be light, airy and restrained due to the fact that the main functions are concentrated in the two-level part of the apartment. On the ground floor, there is a dressing room and a bathroom, as well as a kitchen, which can be completely hidden behind sliding facades.
The second level remained as open as possible, but can be hidden from view thanks to sliding perforated shutters. The main element here is the bathroom, which is only visually separated from the bedroom area by a low console trimmed with travertine, and practically stands in the centre of the second floor space. 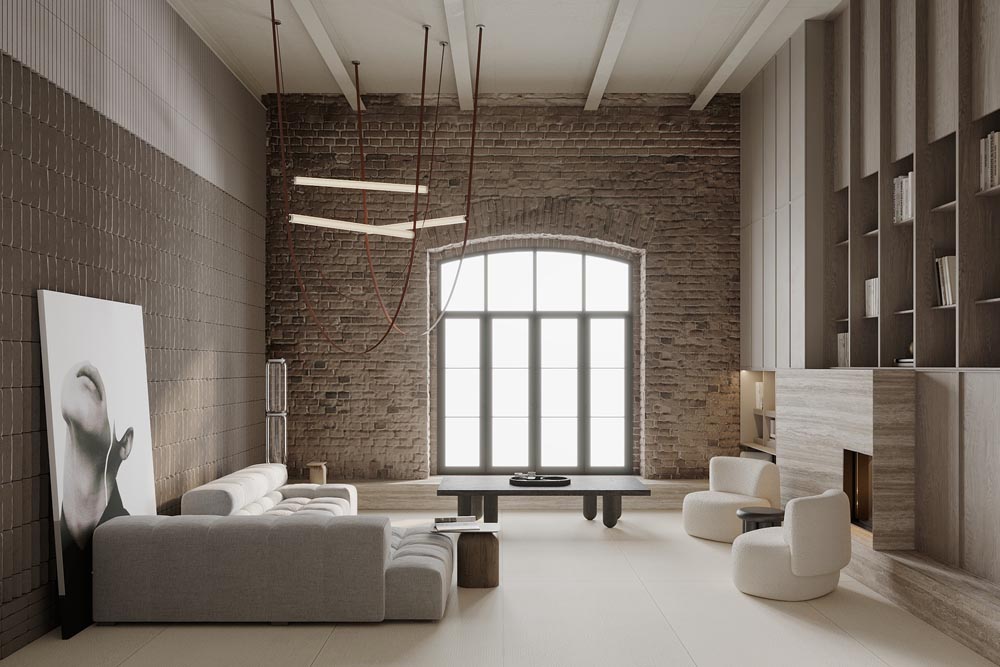 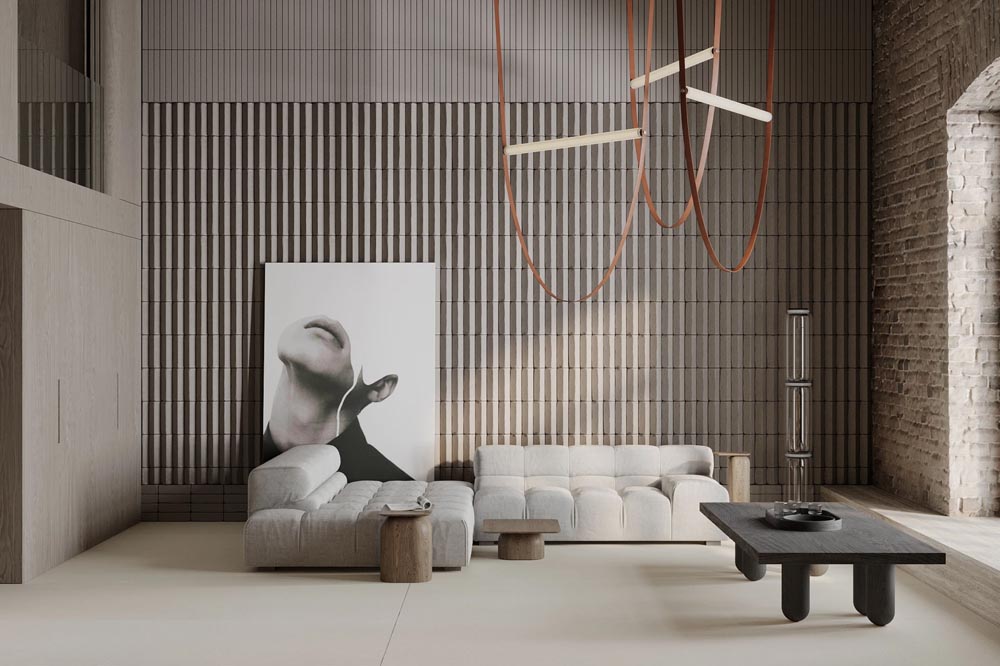 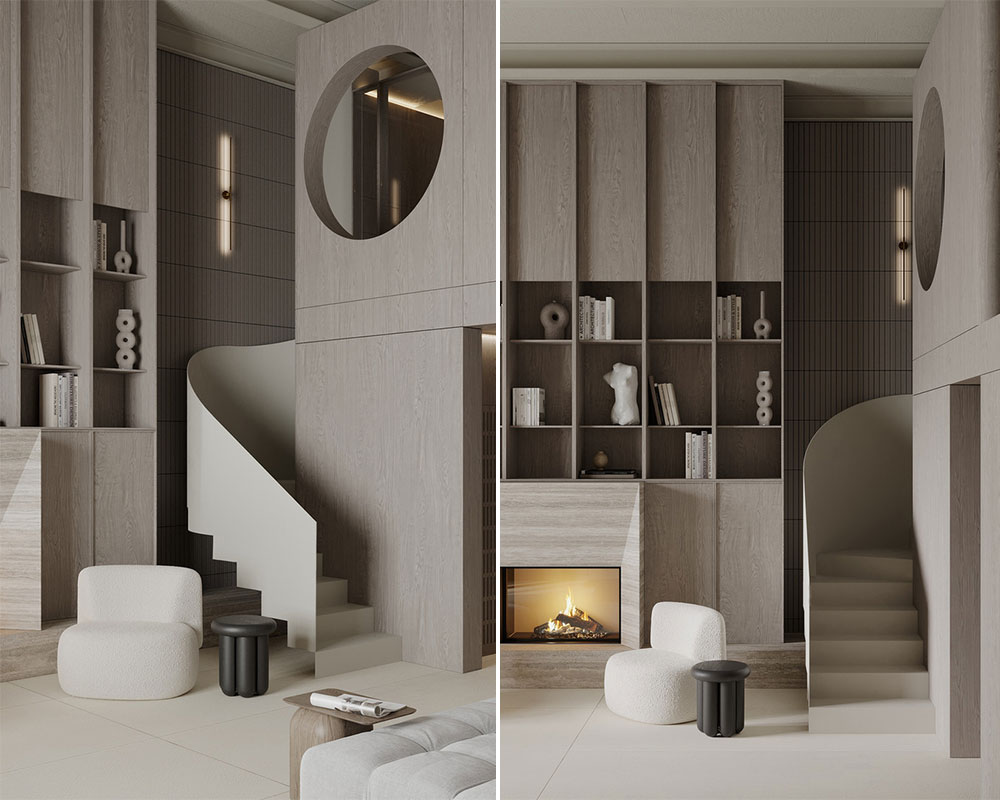 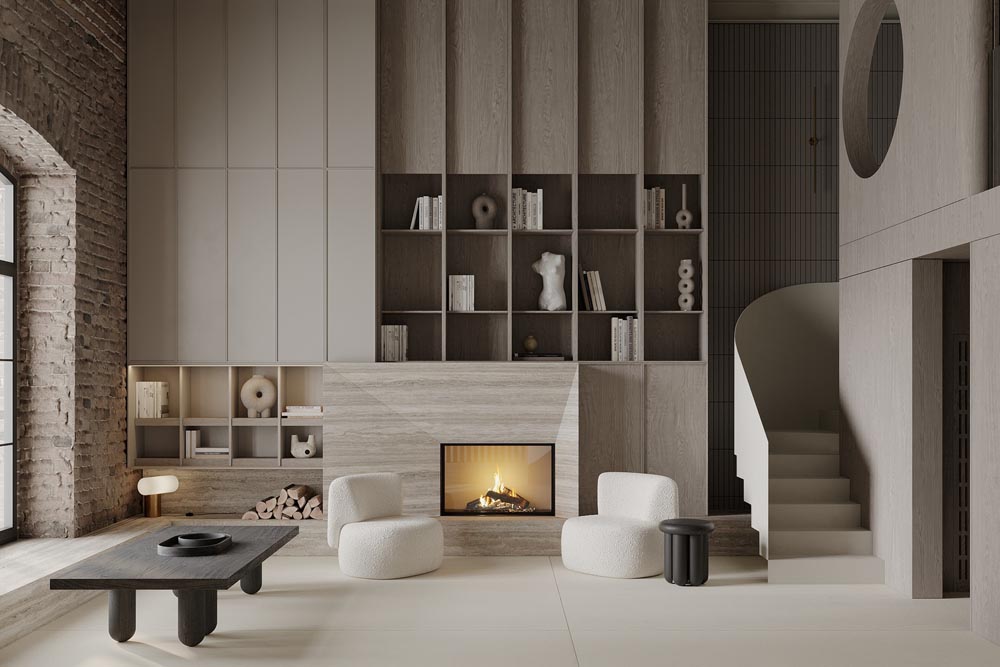 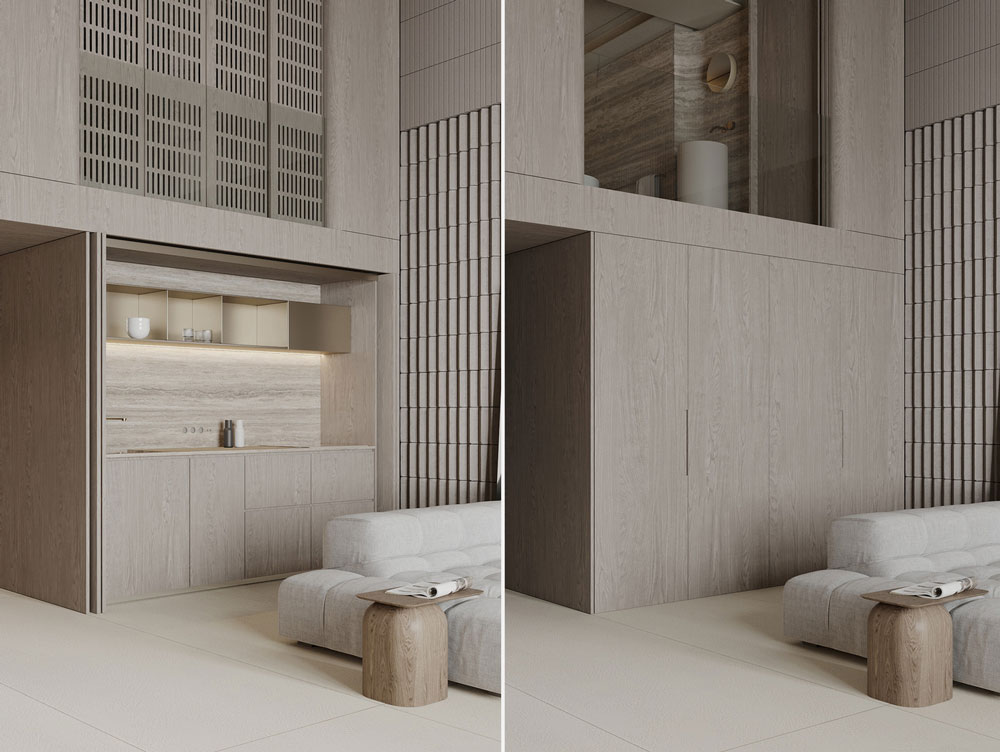 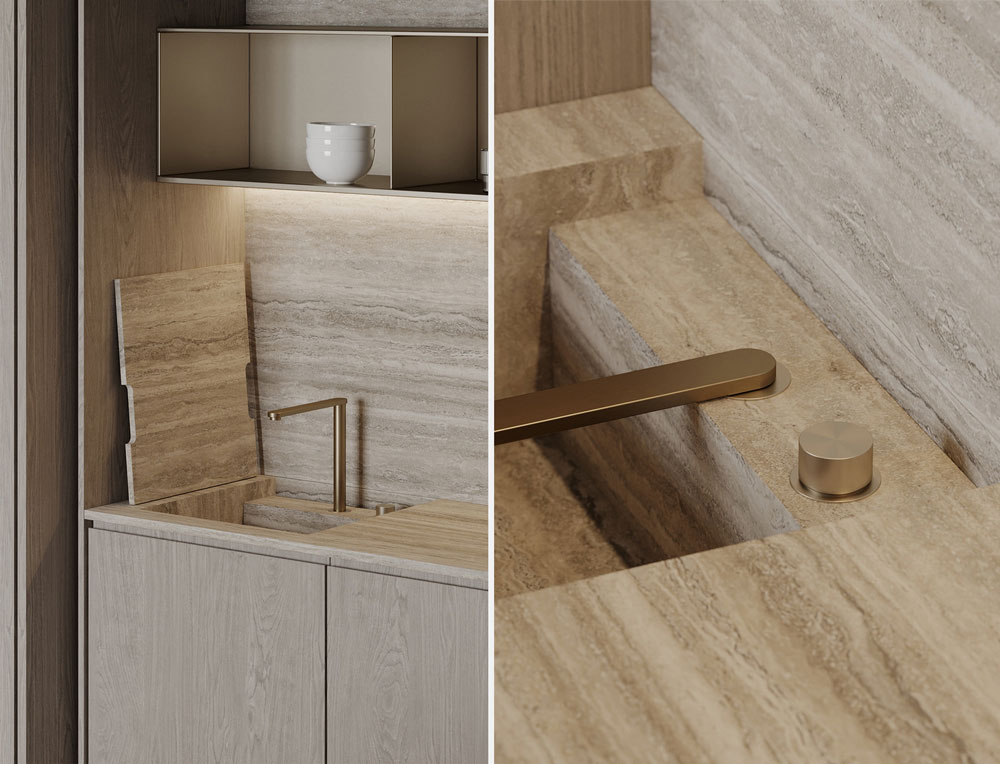 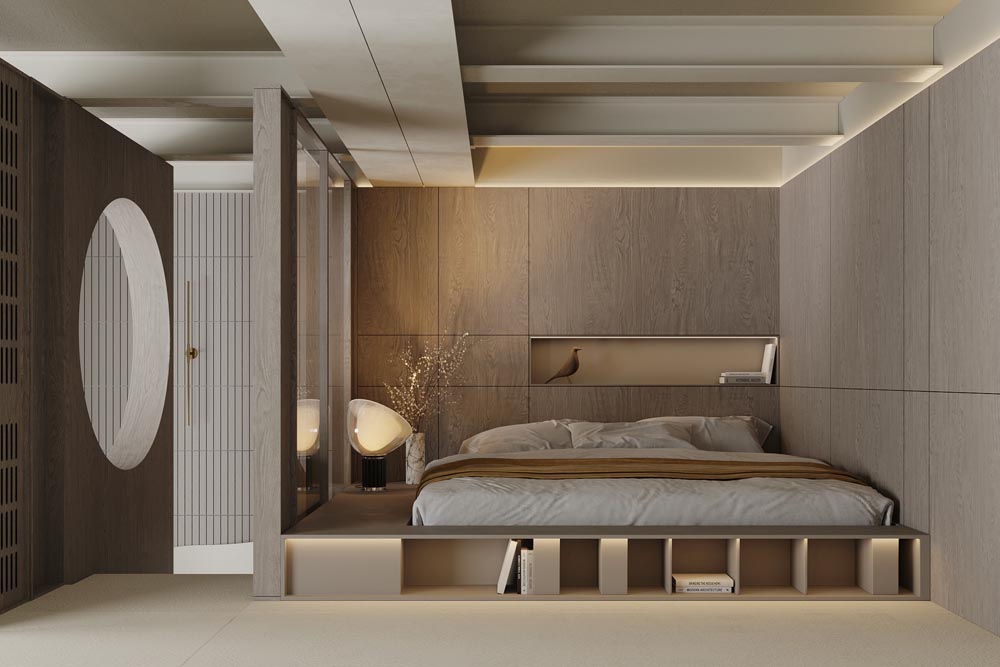 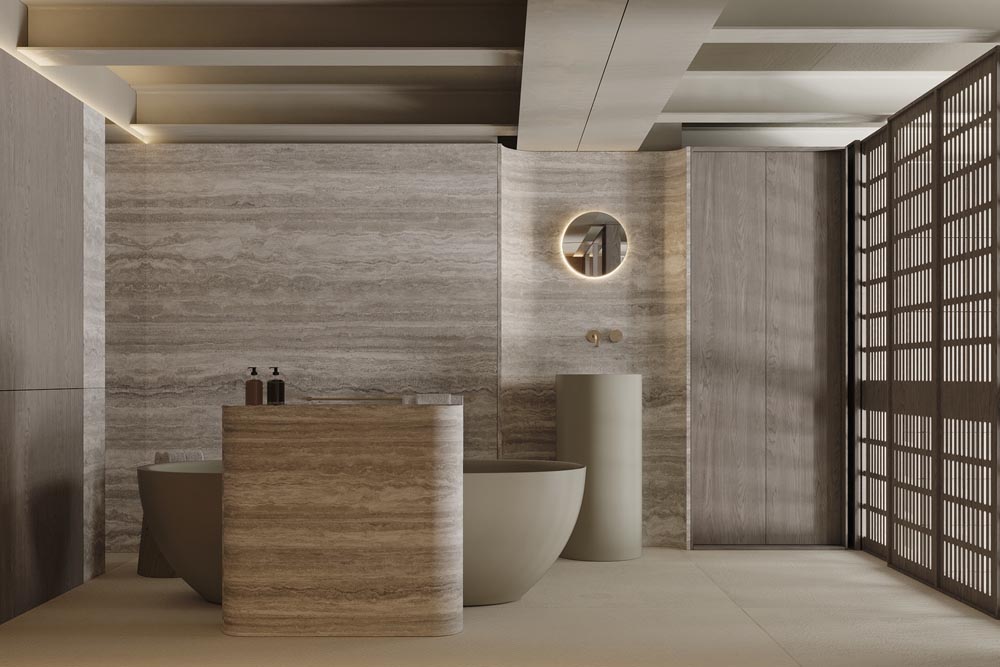 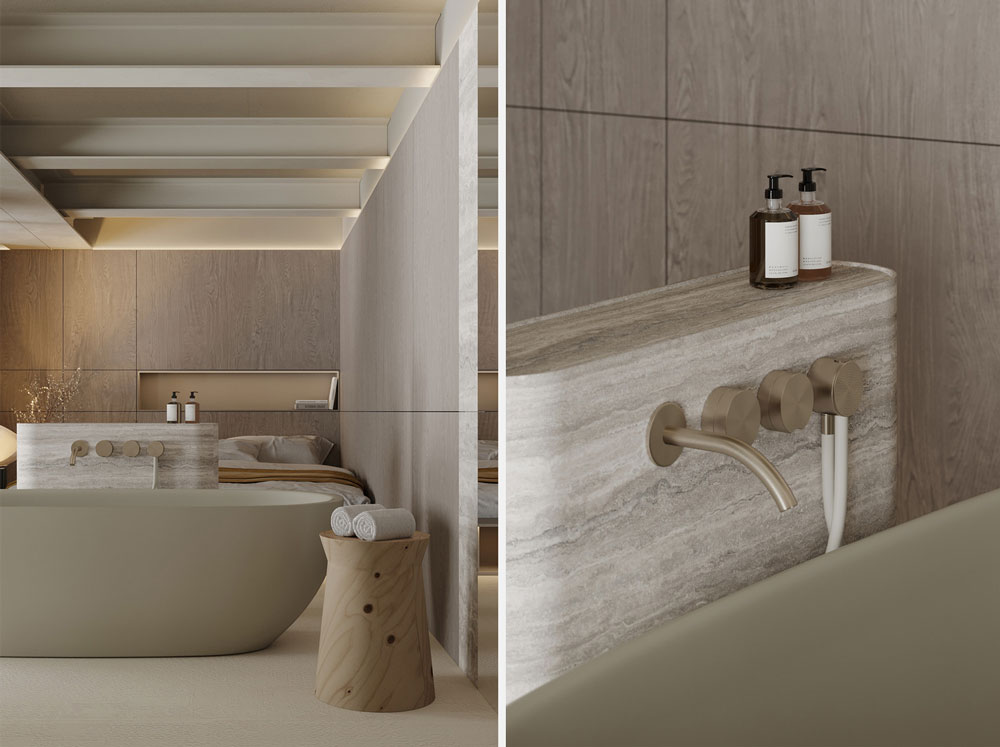 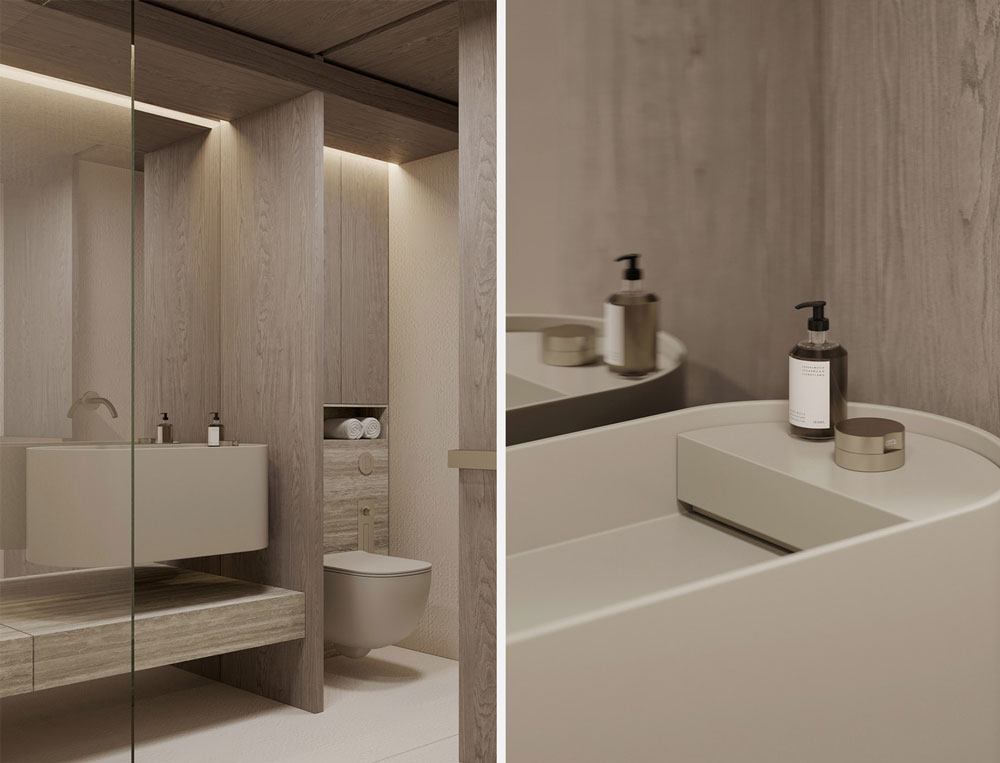 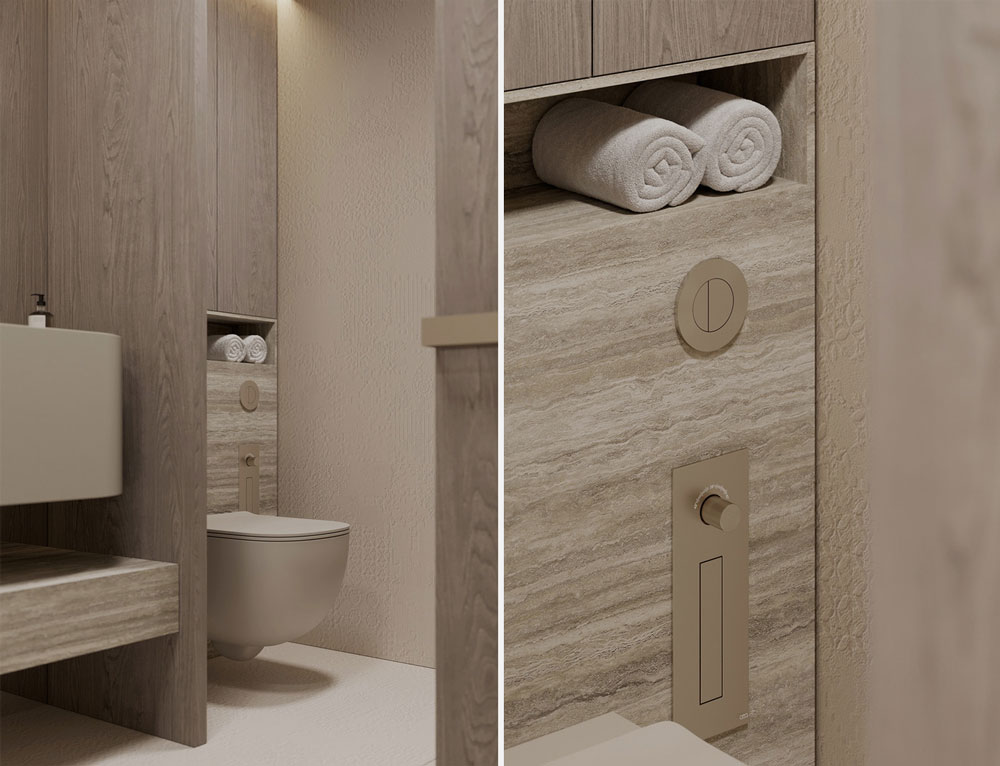 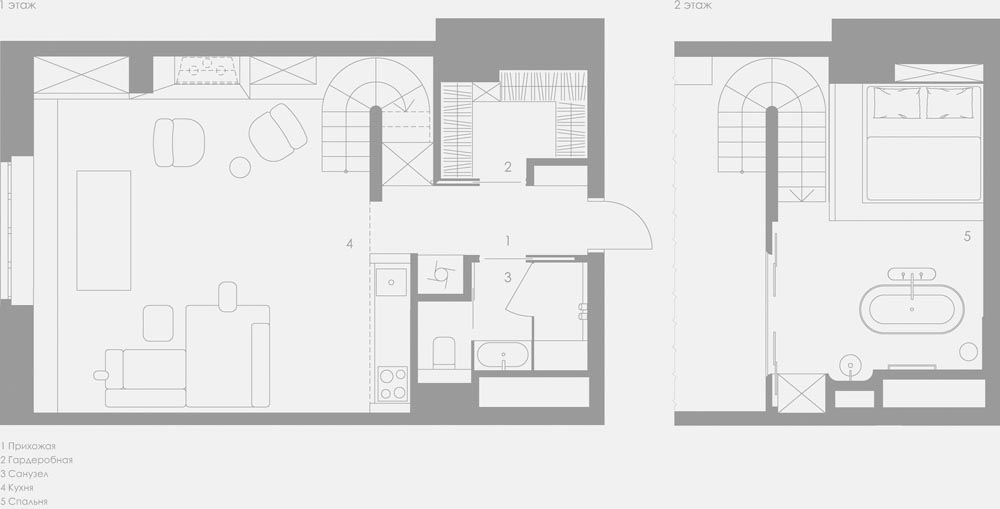 How to Create A Productive Work Environment in Your Office

Idiosyncratic and Playful Apartment in Berlin

5 Finishing Touches That Will Completely Transform Your Home