As the top of the food chain, human might never think about we will be prey one day (of course, except in those fancy movie). However, check those extinct monsters in this post. Just can’t imagine how we will look lie if we’d been alive in that eras. So, are you ready for the time travel. Let go back to the time when size and ferocity are dominant quality.

This fabled beast with its extraordinary canines would be a sight to behold. There are some spectacularly preserved sabre-toothed specimens from the La Brea tar pits in Los Angeles, but the tar makes extracting DNA tricky, so nobody has been able to isolate decent sequences. However, there are also some permafrost-preserved specimens that might be a better source of DNA. If we could obtain a genome, a close living relative of the sabre-tooth, the African lion, should be a good egg donor and surrogate mother. Californians, beware! 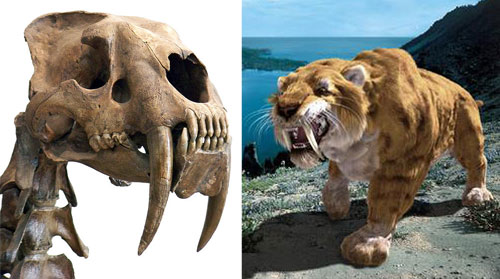 Tyrannosaurus Rex was one of the largest land carnivores of all time, measuring up to 43.3 feet long, and 16.6 ft tall, with an estimated mass that goes up to 7 tons. Like other tyrannosaur-ids, Tyrannosaurus was a bipedal carnivore with a massive skull balanced by a long, heavy tail. Relative to the large and powerful hind limbs, Tyrannosaurus forelimbs were small.

The moa were ten species (in six genera) of flightless birds endemic to New Zealand. The two largest species, Dinornis robustus and Dinornis novaezelandiae, reached about 3.7 m (12 ft) in height with neck outstretched, and weighed about 230 kg (510 lb).

They were the dominant herbivores in New Zealand forest, shrubland and subalpine ecosystems for thousands of years, and until the arrival of the Māori were hunted only by the Haast’s Eagle. All species are generally believed to have become extinct by 1500 AD, mainly due to hunting by Maori tribesmen. 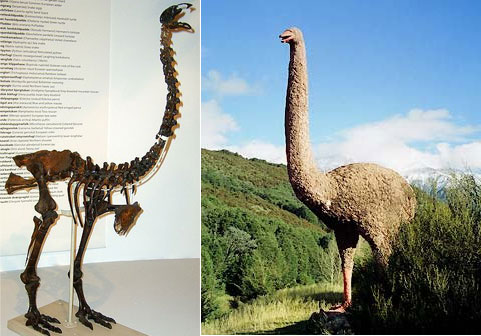 Pliosaurs were marine reptiles from the Jurassic and Cretaceous Periods. The group was characterised by having a short neck and an elongated head, in contrast to the long-necked plesiosaurs. They were carnivorous and their long and powerful jaws carried many sharp, conical teeth. Pliosaurs range from 4 to 15 metres and more in length. 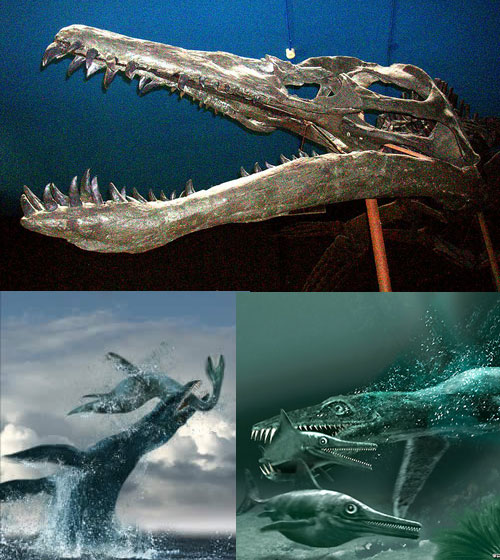 A coil of teeth caps the lower jaw of a sculpture of a 13-foot (4-meter) whorl-tooth shark, or Helicoprion, a fish genus that lived about 250 million years ago. Artist Gary Staab depicts the animal’s jaw as something of a spiral conveyor belt, in which new teeth would advance to replace old ones (concealed here by skin). But the true arrangement and purpose of the teeth remains a mystery. Some scientists suggest that it may have operated like a spiked whip, possibly curled underneath the lower jaw like a weaponized elephant trunk. 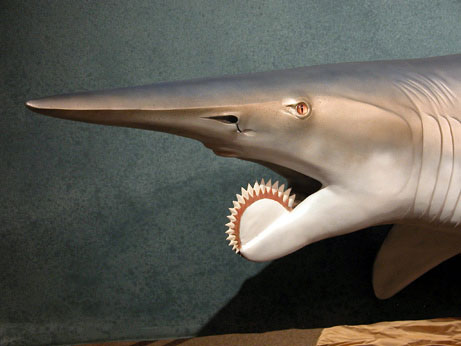 Dunkleosteus (“Dunkle’s Bone”) is a prehistoric fish, one of the largest arthrodire placoderms ever to have lived, existing during the Late Devonian period, about 380-360 million years ago. This hunter, measuring up to 10 metres (33 ft) and weighing 3.6 tonnes (4.0 short tons),[3] was a hypercarnivorous apex predator. Few other placoderms, save, perhaps, its contemporary, Titanichthys, rivaled Dunkleosteus in size. 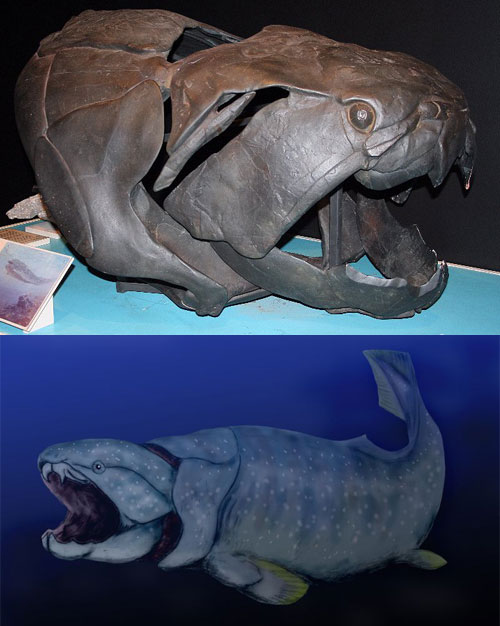 Titanoboa, pronounced is a genus of snake that lived approximately 60 to 58 million years ago, in the Paleocene epoch, a 10-million-year period immediately following the dinosaur extinction event.The only known species is the Titanoboa cerrejonensis, the largest snake ever discovered. 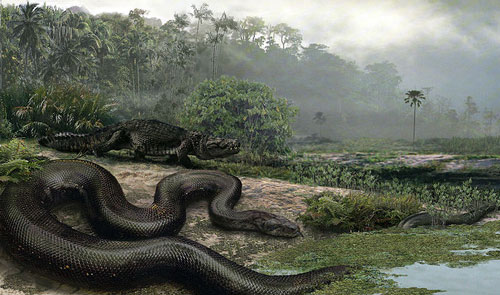 Arthropleura armata was the worst nightmare of any homeowner: an 8 and a half foot long bug. Similar in appearance to the modern centipede, it was one of the first invertebrates on land, and as such, most likely had little to no predators. Thankfully, they lived well over 300 million years ago, and won’t show up in your hallway any time soon. 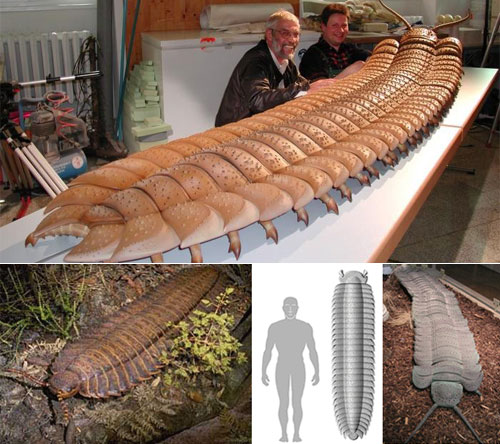 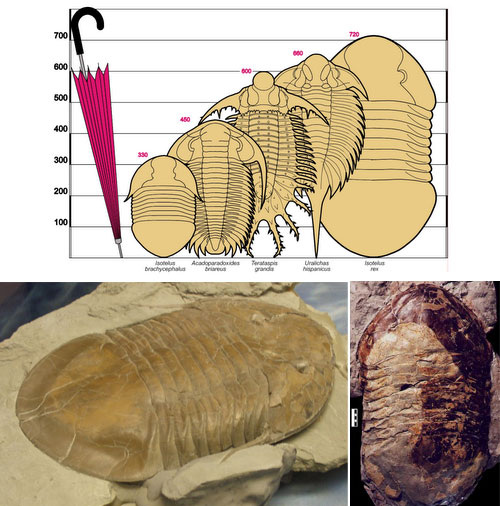 Eurypterids (sea scorpions) are an extinct group of arthropods related to arachnids, which include the largest known arthropods that ever lived. They predate the earliest fishes. The largest, such as Jaekelopterus, reached 2 metres (6 ft 7 in) or more in length, but most species were less than 20 centimetres (8 in). They were formidable predators that thrived in warm shallow water in the Ordovician to Permian from 460 to 248 million years ago. 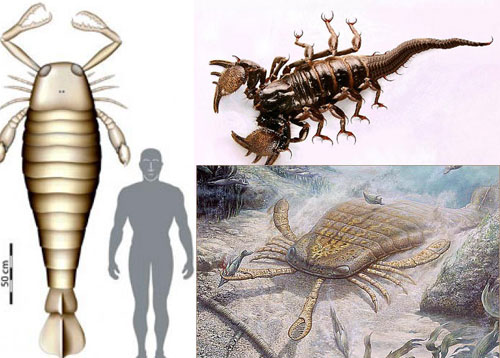 Would You Become Something You Eat Most? Elysia chlorotica, The First Animal-Plant Hybrid Creator