In the “Inkeraction” series, artist Alex Solis created a character going one-on-one with himself. The illustrated character doesn’t like be punched head or squeezed to the corner of the page, hence he fights back as he clamps his teeth down onto the artist’s thumb or uses his knife to take a stab at him.

When asked what he wants people to take away from the series, he says, “I want people to, in a way, know that art is a bit more then just lines on a paper. Even though it’s not real, I want people to have that feeling that this actually is happening. I also just want people to like it and share it with their friends. I love the idea of being able to not only connect and interact with my work, but with whoever is following the series, making them feel like they’re a part of it.” 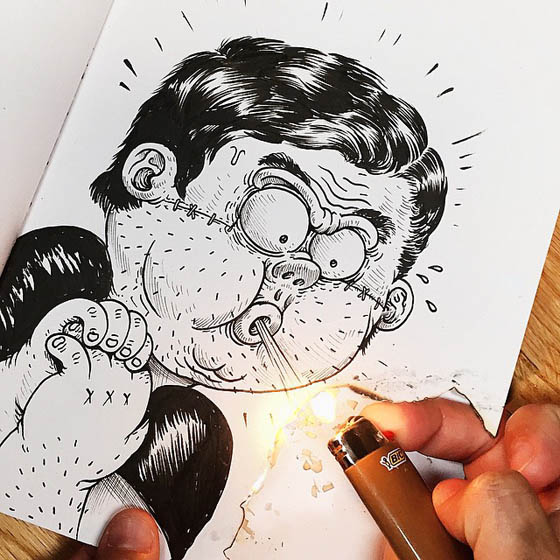 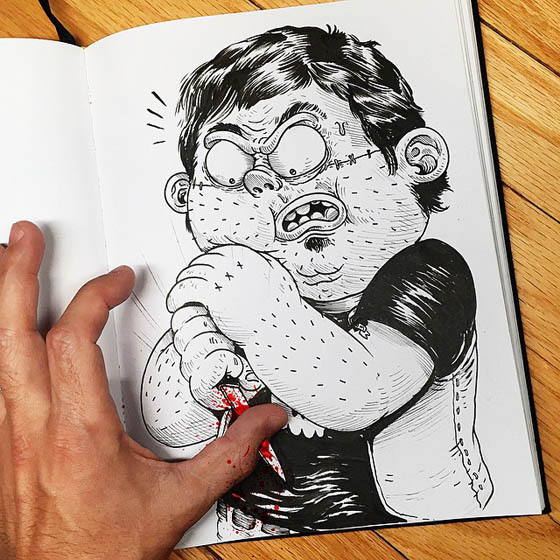 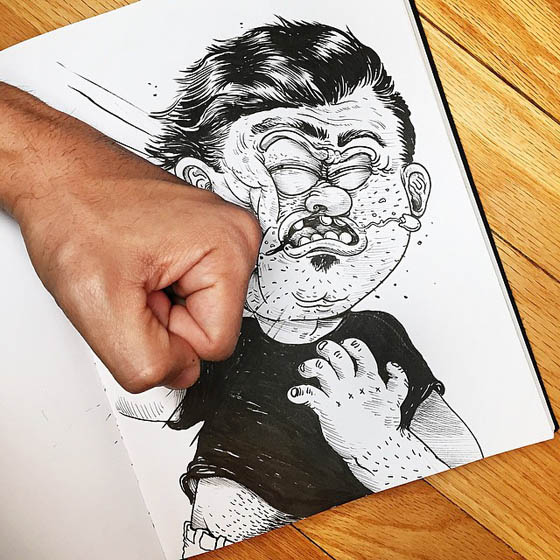 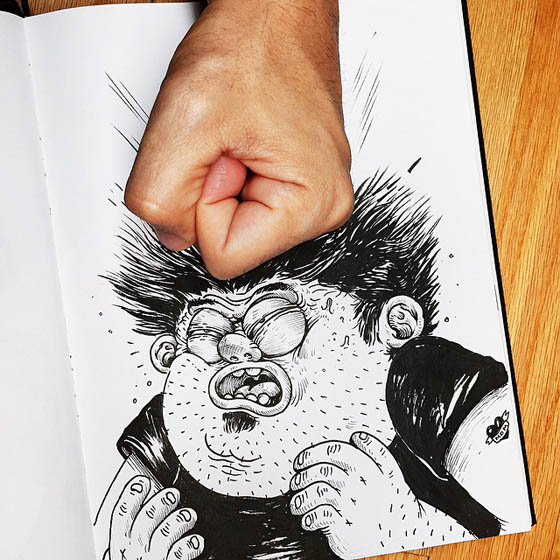 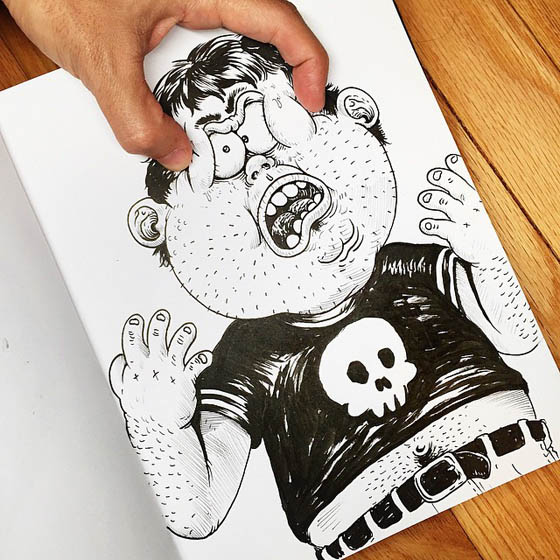 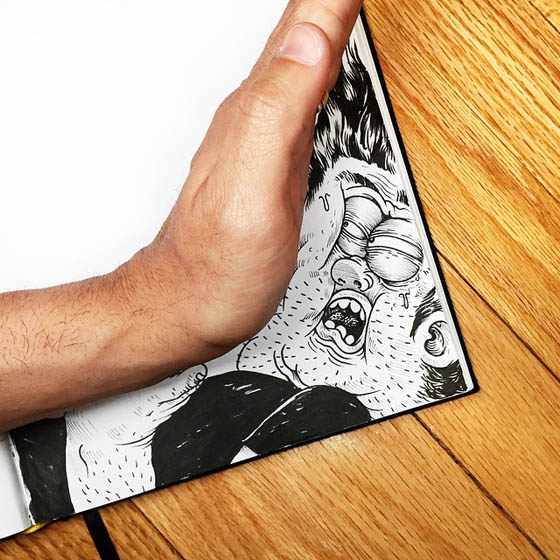 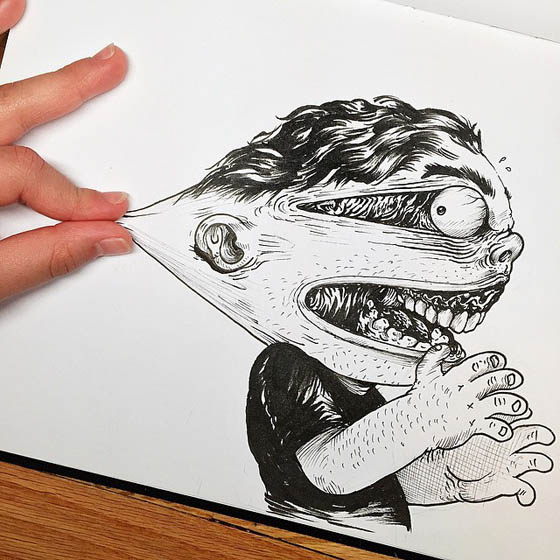 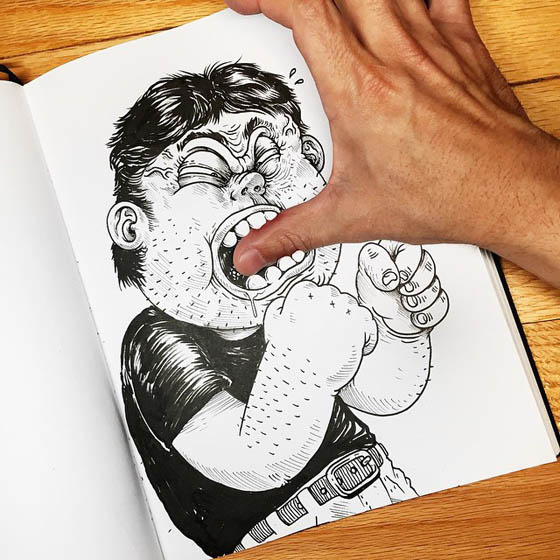 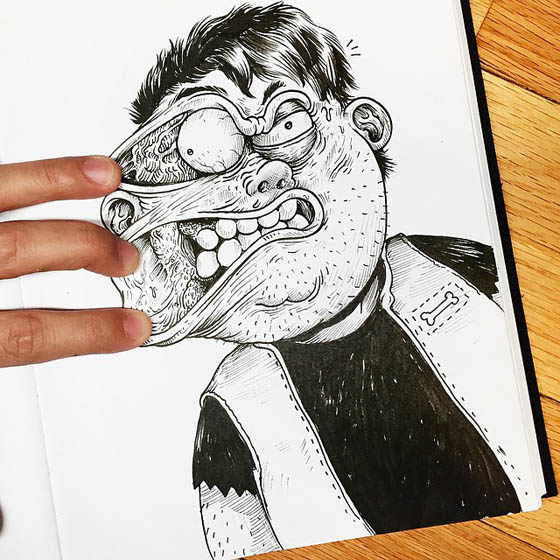