Alfred Basha, the Italy based artist has many inspiring illustration work and in his latest series he tries to merger animals with nature. With black-inked pen, he created some poetic illustrations where trees sprout into the silhouettes of animals such as deer, fox, squirrel and so on. During an interview, Basha mentioned, “Subjects of my illustrations are based on the animal world and human being, poetically transformed into mutant creatures riding towards a surrealistic space. Nature was my kindergarten, as you’ll see.” 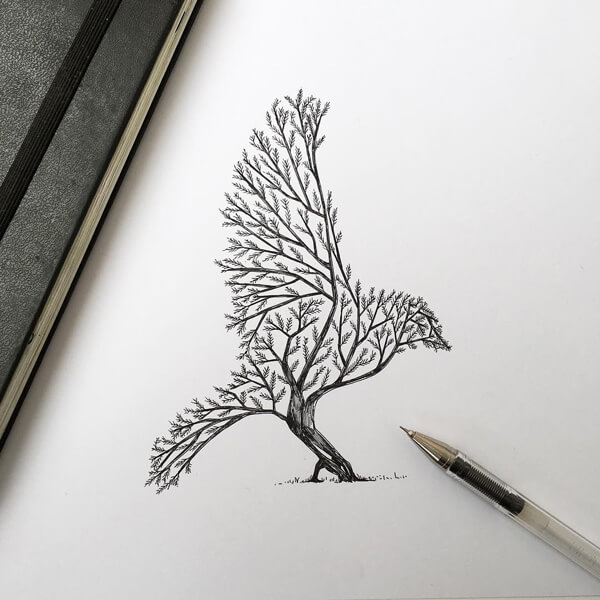 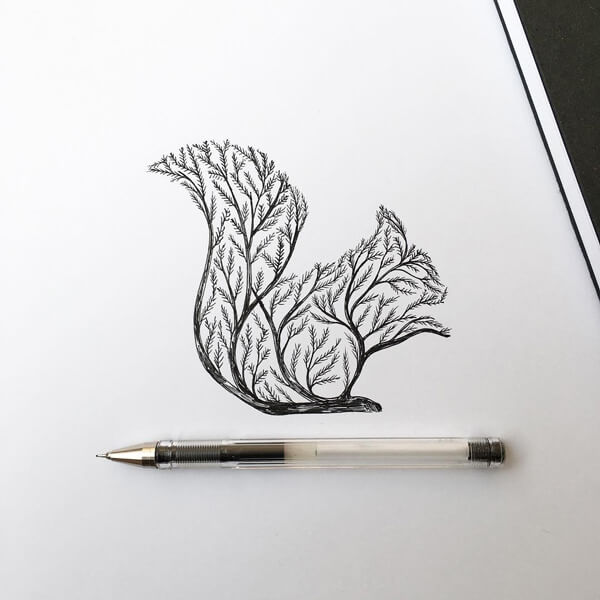 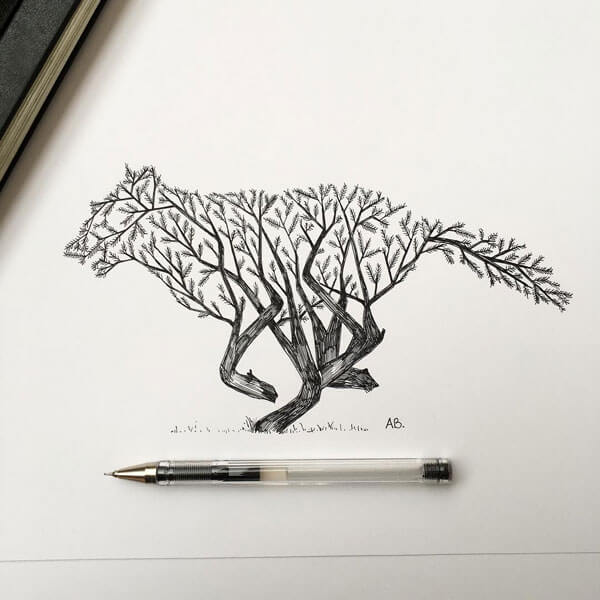 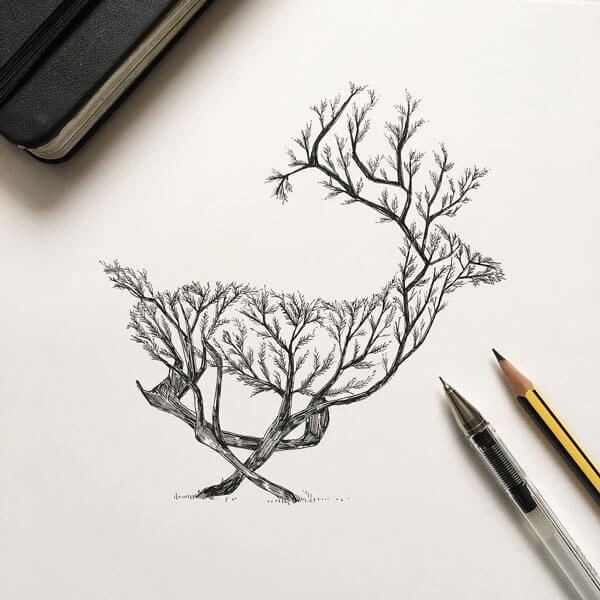 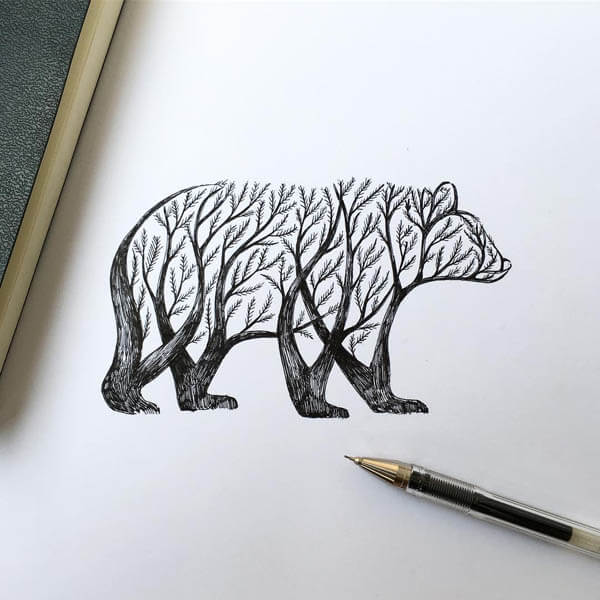 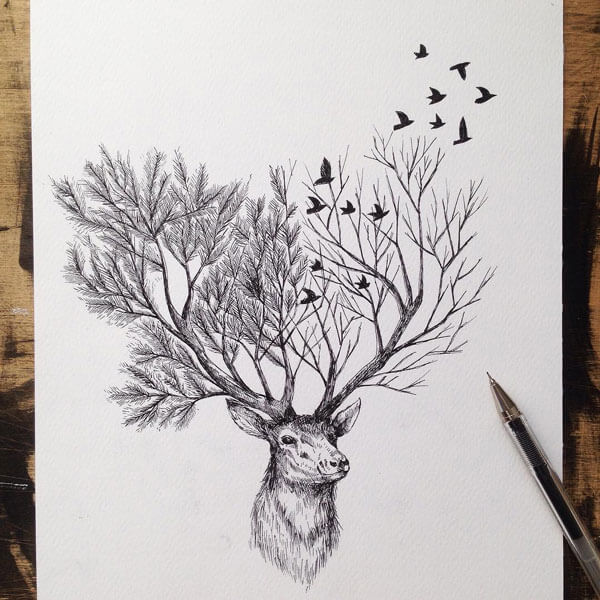