Jellyfish Lake is a well-known dive site in the Pacific island of Palau. It is one of the rock islands, a series of small, rocky, uninhabited archipelagos off the coast of Koror. It contains over ten million jellyfish that have descended and evolved from a common ancestor, the spotted jellyfish.

Jellyfish Lake is completely isolated, but in the distant past, it had an outlet to the ocean. The outlet was closed off and the high jellyfish population was isolated and started to feed on quickly-reproducing algae. Contrary to popular belief, the jellyfish of Jellyfish Lake do have small stinging cells, or nematocysts. However, because the stinging cells are so tiny, their sting is not detectable on most human tissue, so tourists can enjoy swimming with them much closer than would be possible anywhere else.

This is the aerial photo taken by by Huntster. 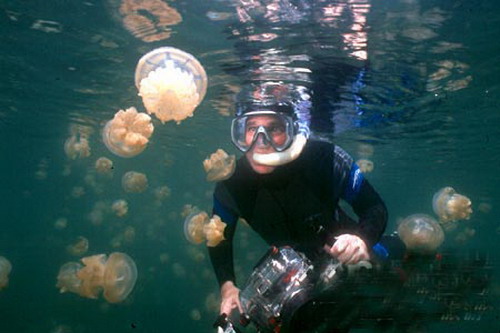 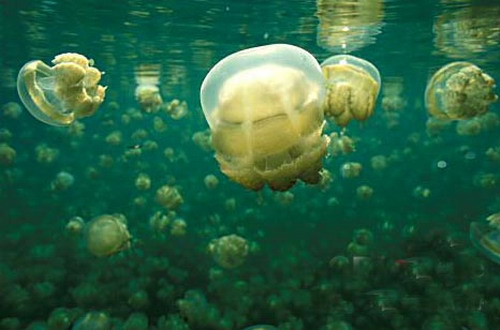 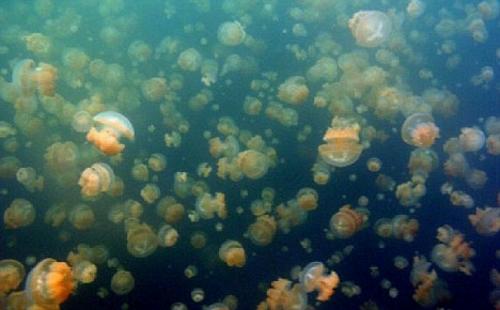 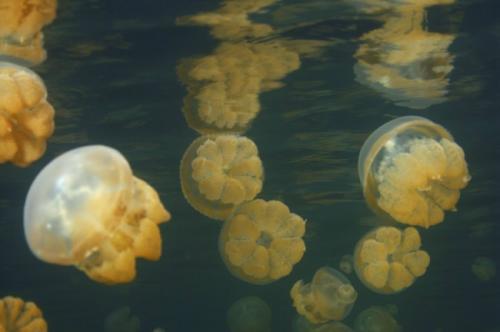 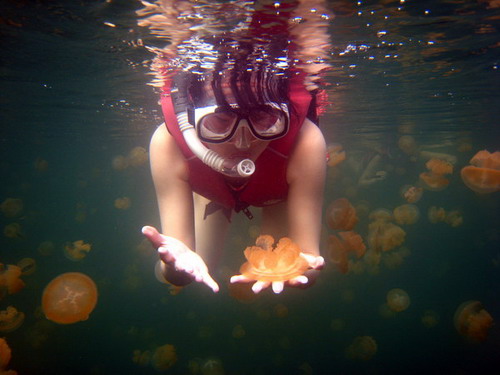 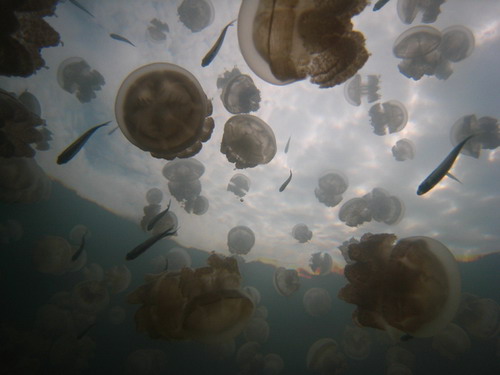 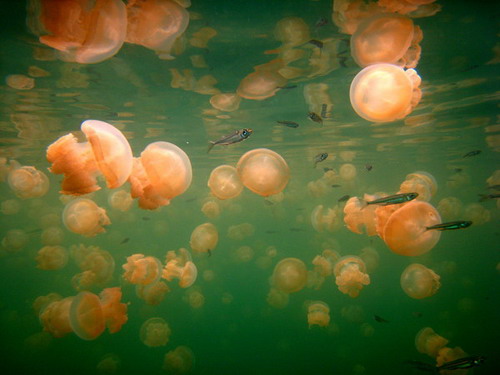 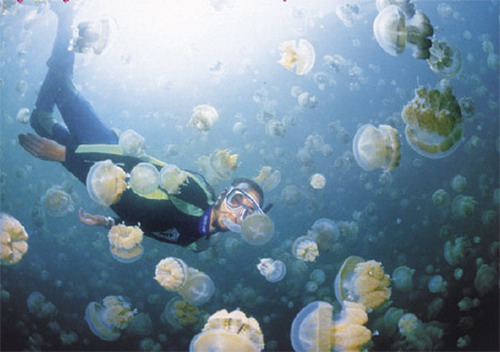 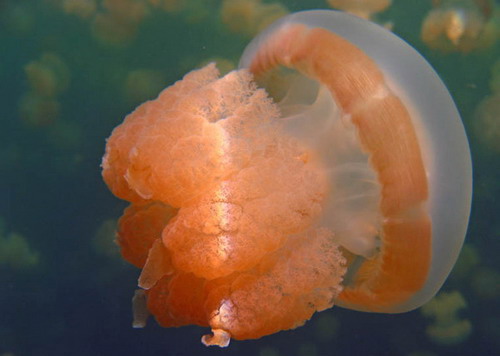 8 thoughts on “Swim with Jellyfish, no kidding!”