Snow in Sahara Desert? It is not some kind of joke and it actually happened on Dec. 19. A freak snow shower coated the dusty dunes near the Algerian town of Ain Sefra and accroding to records, it hadn’t snowed in that town since 1979.

Below photos are taken by Photographer Karim Bouchetata who luckily witnessed the unusual scene – the red rolling dunes frosted in white. According to Karim, “Everyone was stunned to see snow falling in the dessert. It is such a rare occurrence. It looked amazing as the snow settled on the sand and made a great set of photos”. However, the snow only stayed for about a day and has now melted away. Not sure will it come again. But if it can fall again on 25th, it will be an amazing white Christmas in Sahara. [ h/t: independent ] 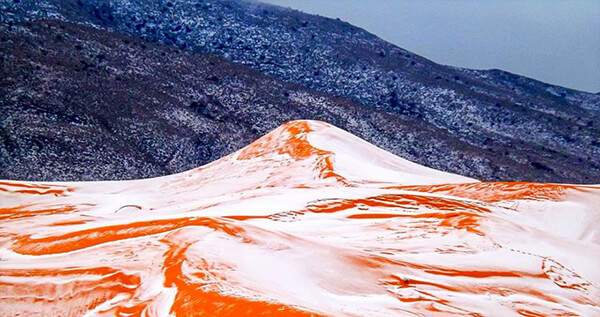 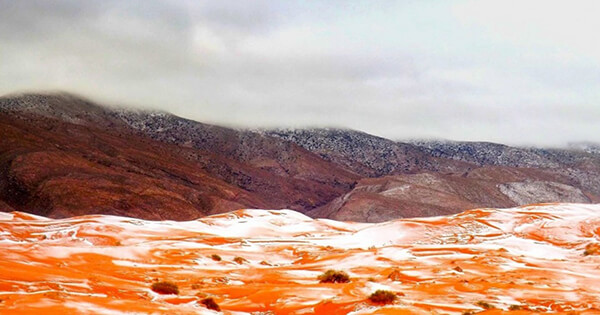 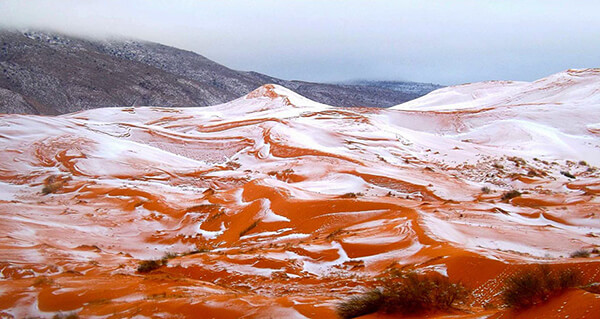 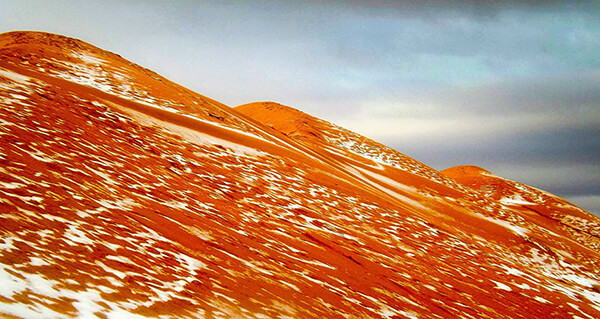 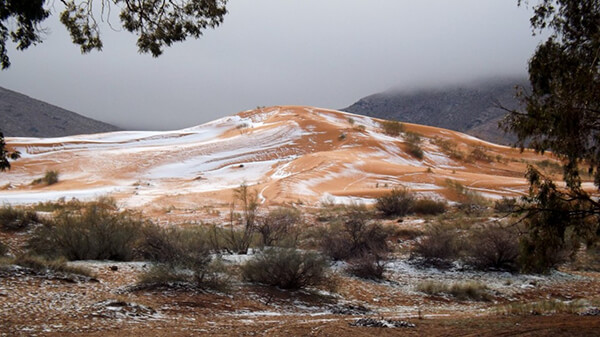 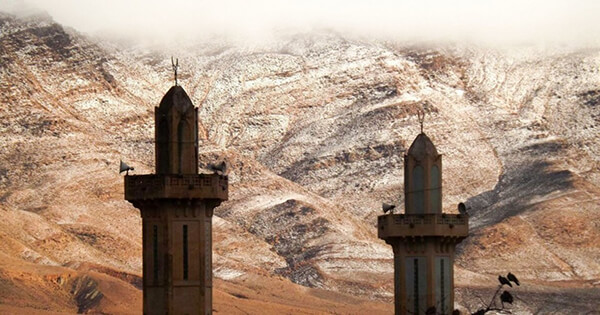