Taps are an absolutely essential item for your bathroom. After all, is a bathroom really a bathroom without taps?

For most bathrooms, their taps are situated right on, or above their bathroom basin (if you’re not sure where you should place your taps, this guide will help you out).

Once you’ve got that sorted out, the next thing is to choose the right tap. Chances are that the basin you bought comes with tapholes that are ready to use with whatever tap you want.

Before you take the plunge, it’s best to know the types of basin taps that you should be eyeing.

The truth is, there are plenty of different types of basin taps, certainly more than 4. But for the intents and purposes of being practical (and readable) we are going to list the 4 main types that will cover the majority of cases.

Let’s begin, shall we? 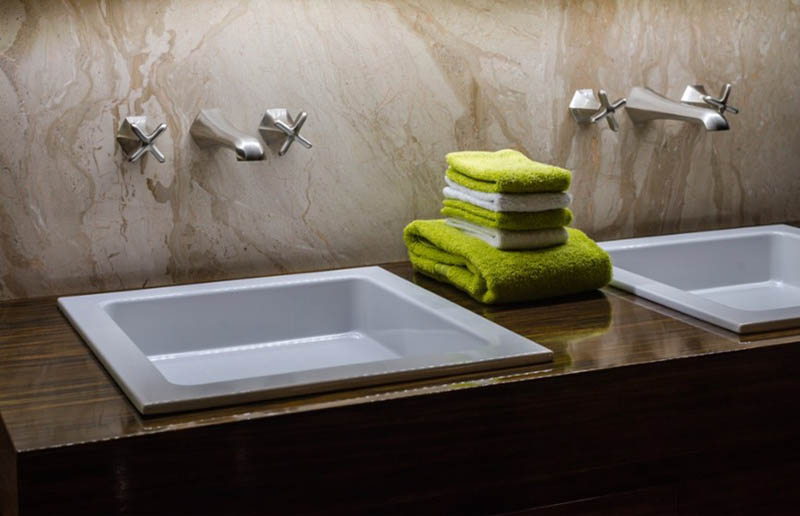 These are classics when it comes to the tap world. In fact, they are still very popular in the UK. The rest of the world? Not so much.

Pillar taps use two taps – one for cold and one for hot water. The key advantage of this is that both hot and cold water can have different pressures since they are using different taps. This is great if your plumbing system is old, as is common in heritage houses, where most pillar taps are found.

These taps are almost always situated on the bathroom basin due to their relatively short height. 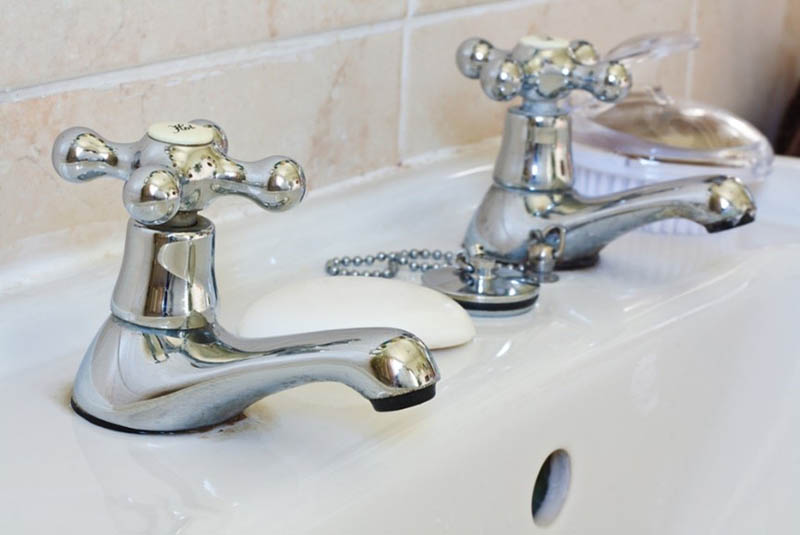 Pretty cool name, right? Also known as mono basin taps, these taps are featured in modern bathrooms all over the world.

The reason for this? Simplicity and style. You see, these taps use a single taphole and single spout for hot AND cold water! With one lever (that’s a lot of mono!), you can control both the flow and temperature. Some models also come with twin levers to control both hot and cold independently, though they are less common.

The ease of use of such a tap has led to the explosion in its popularity and as such, there are literally thousands of models on the market today that come in all kinds of finishes.

It’s worth mentioning a popular variation of this tap, and that is the high basin mixer. It’s the same sort of tap just, well, a lot taller. Perfect for countertop basins and commonly mounted behind the basin itself as they have a substantial horizontal reach. 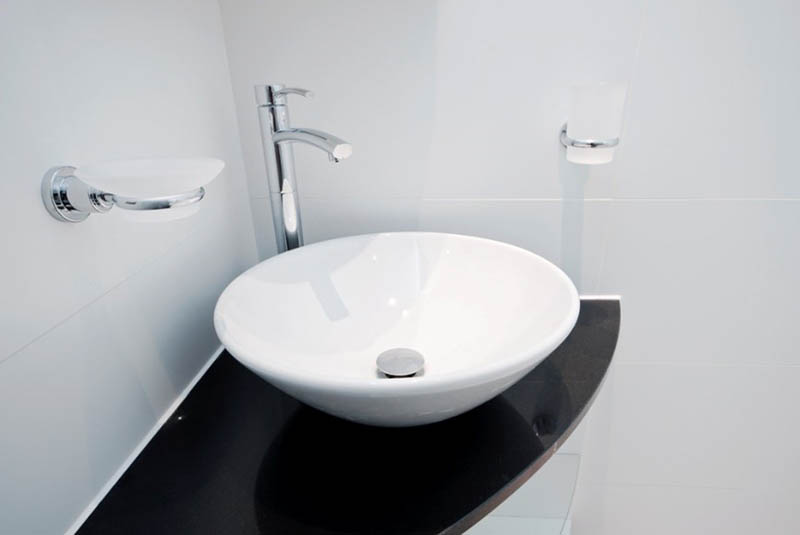 As the name suggests, these taps are connected to your bathroom wall. As such they, they do not require any tapholes in your basin, but do need holes in the wall.

The wall mount comes with a lever (for hot and cold) and of course a basin spout. You can also choose between designs that have a backplate or not.

For those wanting a space saving design, or really want to flesh out their basin as a centrepiece, these taps are a great choice. They are also suitable for countertop basins where the extra height comes in handy. 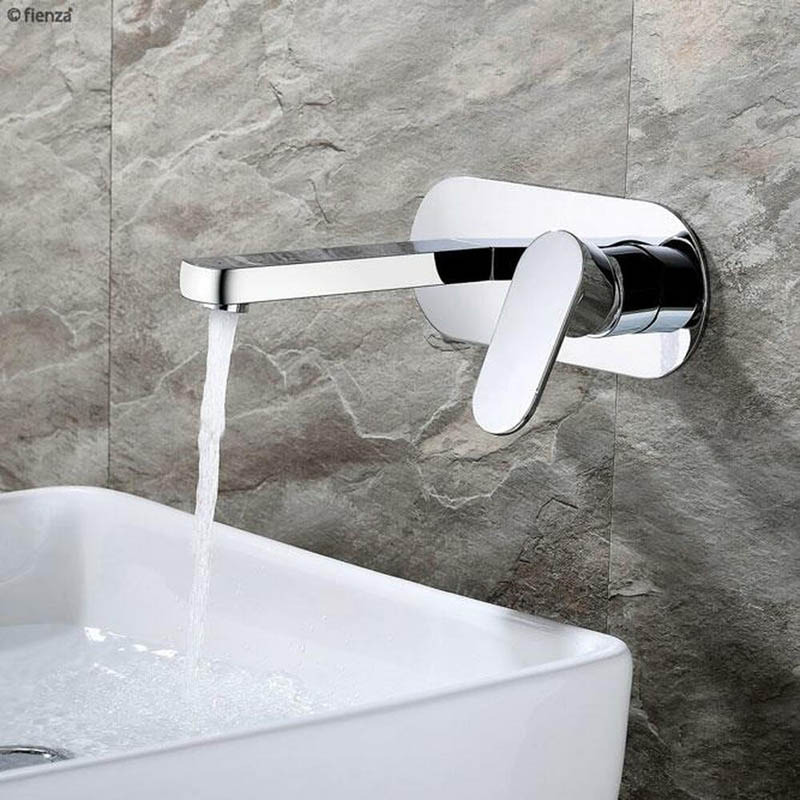 As the name suggests, these taps come in 3 parts and as such, require 3 tap holes in your basin or countertop. They have a similar function to a monobloc tap but in a different form. While hot and cold water does come out of a single spout, it is controlled by a respective hot and cold lever.

It is true, a tap with a single lever is probably easier to use, but who can deny the style of a 3-piece tap set? As such, they are generally pricier too. 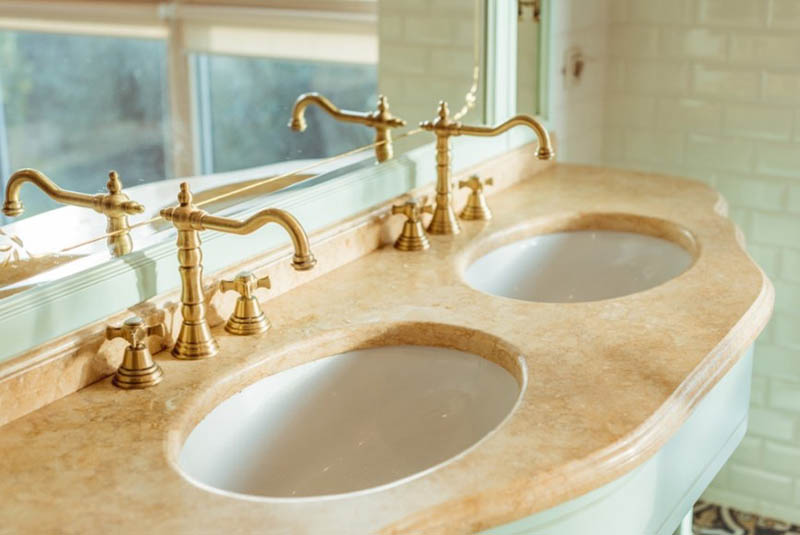 Like we said at the beginning of this article, there are more taps out there. In fact, there are some really popular taps that we haven’t even mentioned. The one caveat? They are not that typical or appealing when it comes to your average home bathroom. We’ll mention this one anyway because its pretty popular…

These babies are mostly found in public bathrooms. We are sure you’ve seen them before. Push the front down and you’re greeted with a pre-determined hot or cold water at a certain pressure. It usually lasts up to 15 seconds and automatically turns off. By far the easiest tap to use – but perhaps not the most practical – and handy if saving water is your thing. 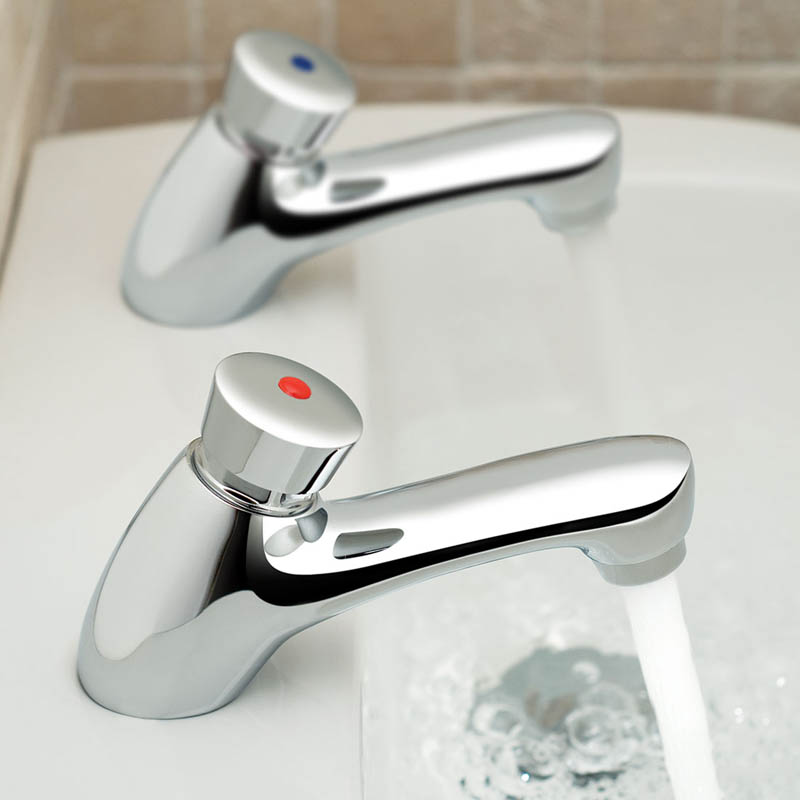 Basin taps should be considered as an important choice in your bathroom design just like any other fixture.

And it makes sense, right? Every component of your bathroom needs to flow well together or your design will break or simply look awkward.

With this guide we hope that your first step in choosing you bathroom taps is made easier and complements your bathroom.

How to Turn a House into the Perfect Family Home