In Olga Prinku’s Floral collection, hundreds of dried plants and flowers are sewn into the shape of large capital letters. According to Prinku, this particular technique of weaving flowers on tulle actually came to me in a dream. At first she began placing dried flowers on a sieve, which resembled the net structure of tulle. Once she began using the new medium, she looked to her garden for fresh flowers. She initially used fresh flowers for her works, but the natural objects began to shrink as they dried, which left gaps in her designs. Then she started to use dried flowers – some are readily dried and some are picked and dried by herself. The best flowers to use are those can hold their colors when dry and have thin stems that she can use on the tulle.

Prinku plans to sell her floral tutorial soon and if you are only interested in her work, you can head over to her Instagram page. 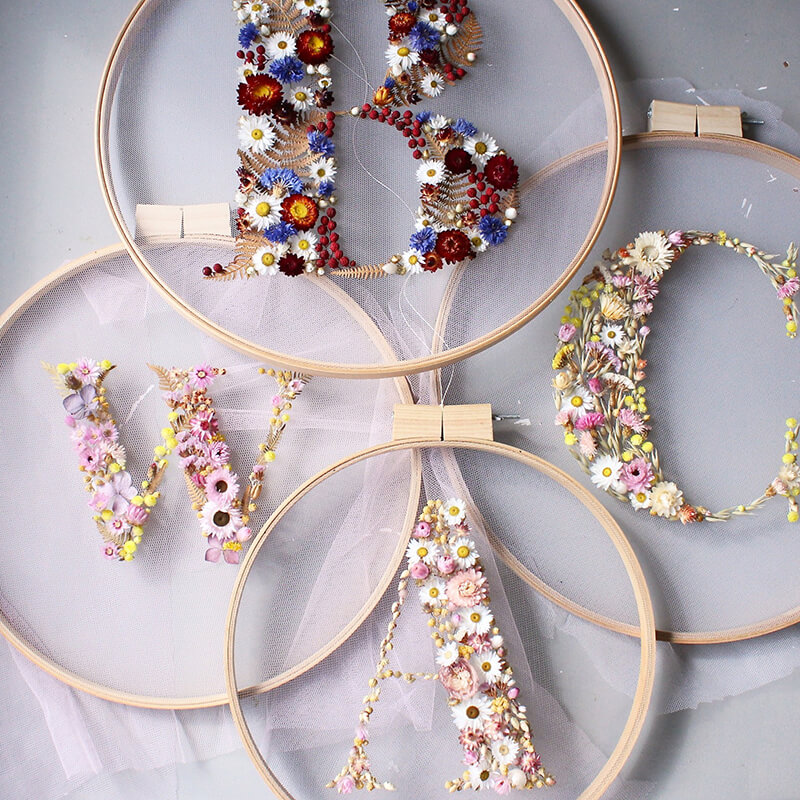 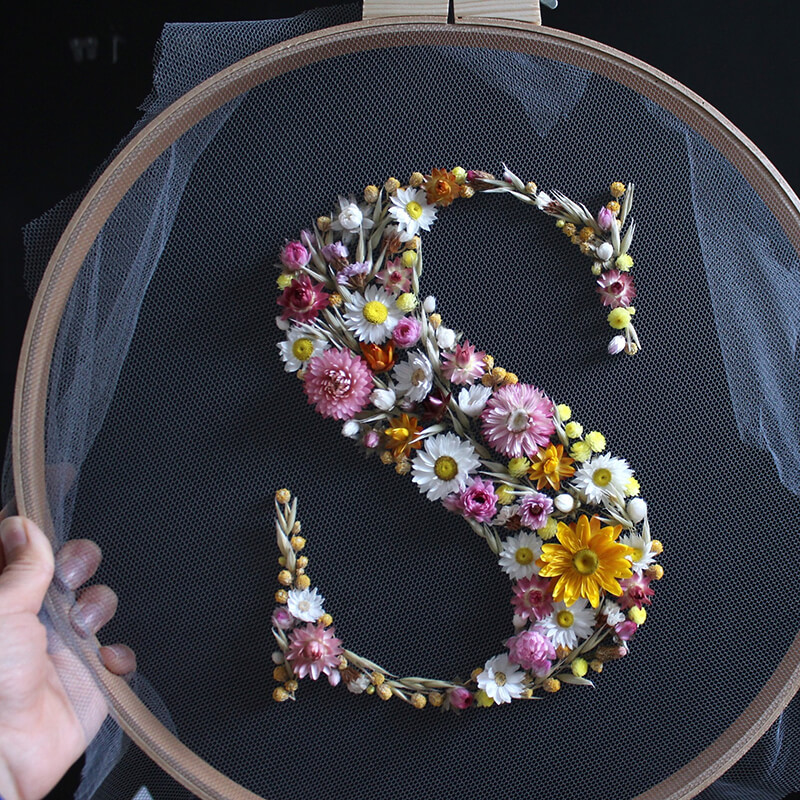 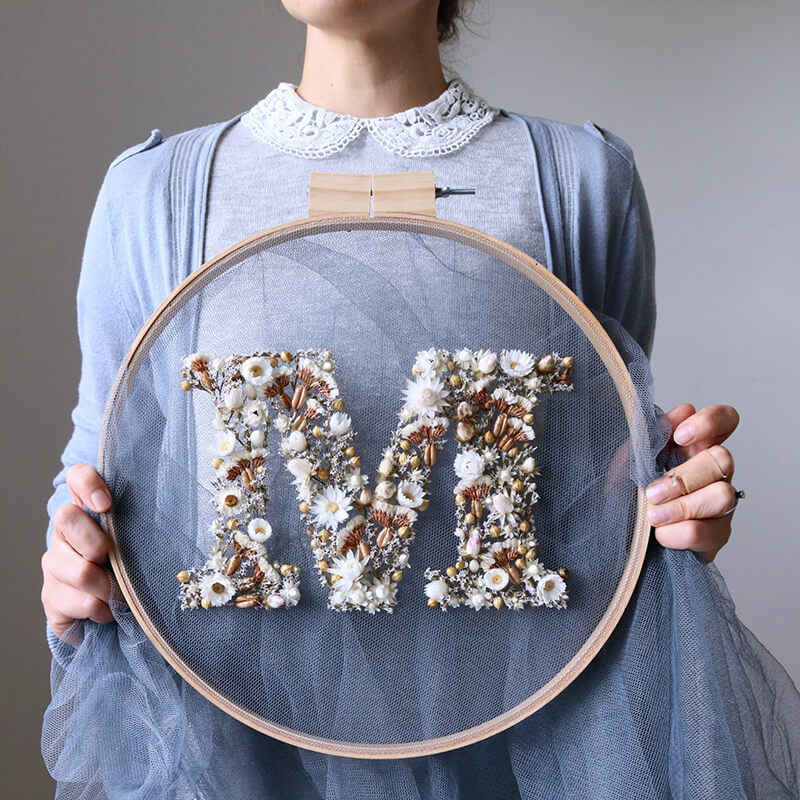 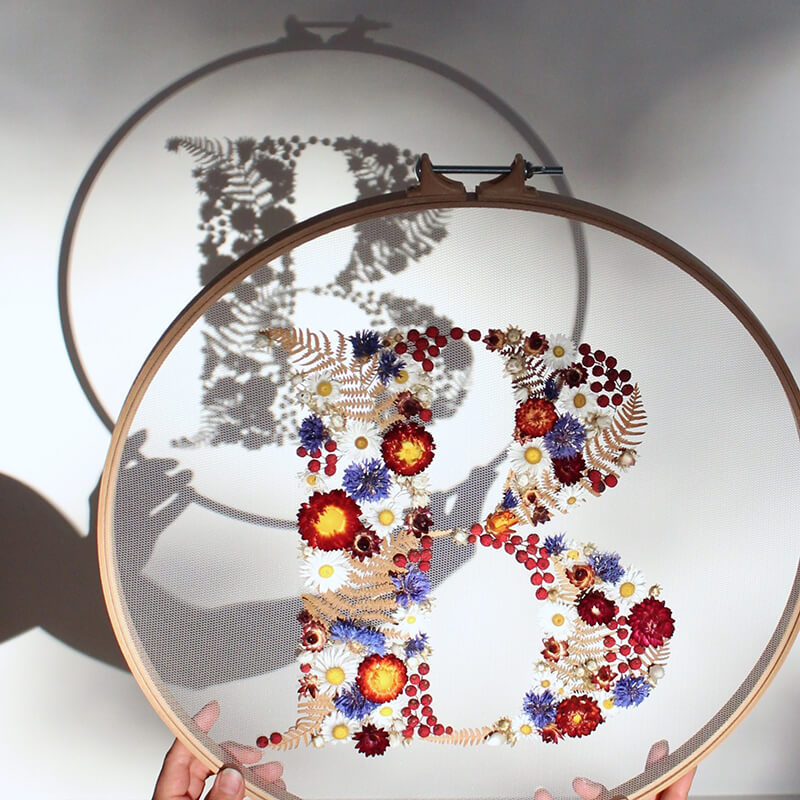 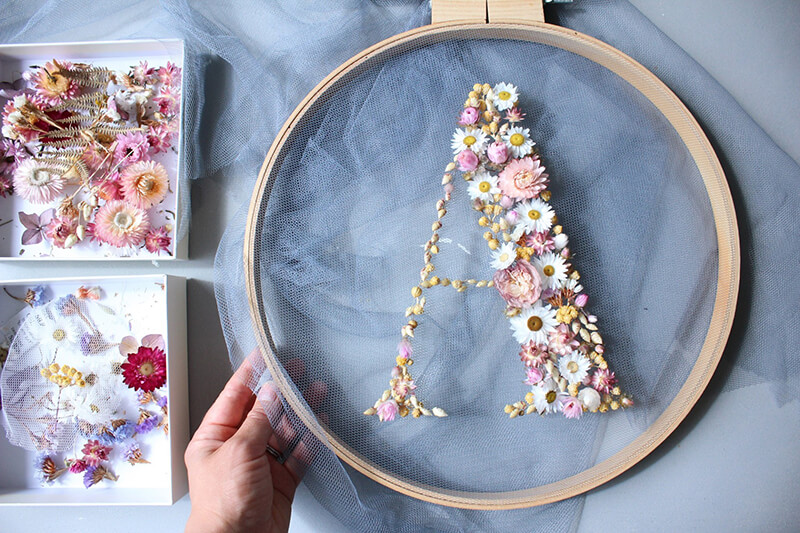 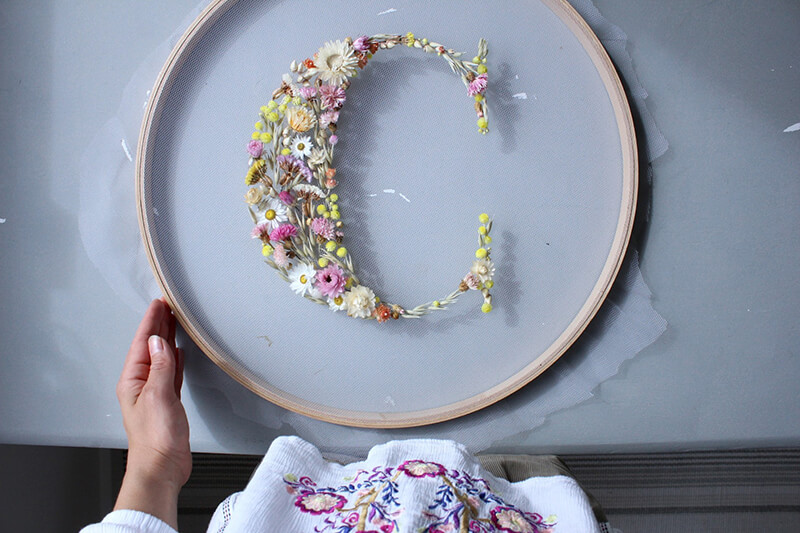 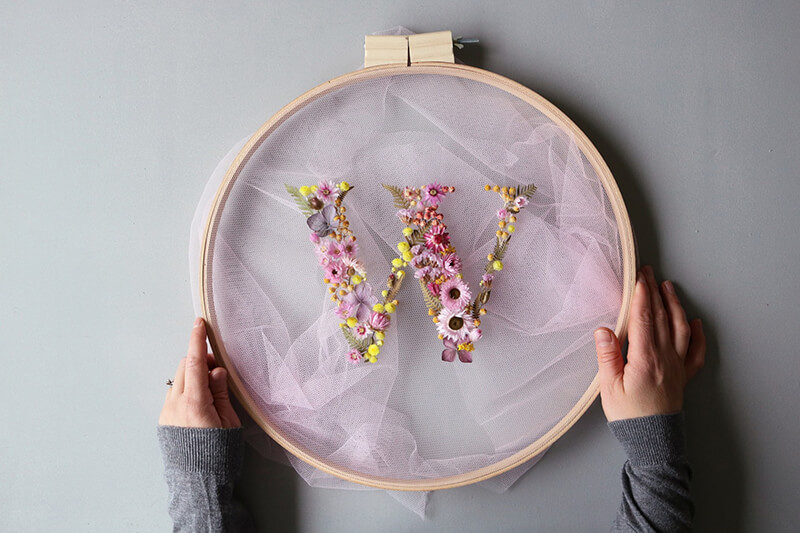 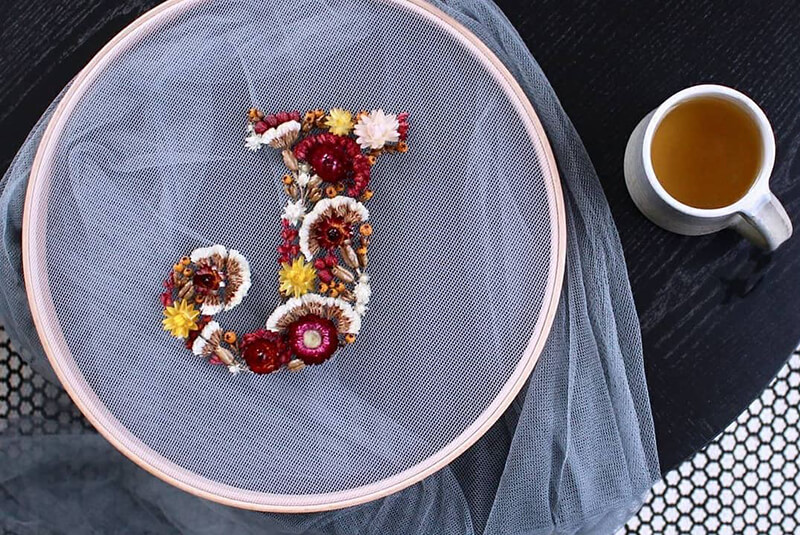