Riusuke Fukahori, the Japanese artist continued to amaze us with his second solo show – Goldfish Salvation in Joshua Liner Gallery. In this collection, Fukahori will present a new series of his popular resin works, acrylic on wood pieces, and his first video work. In his show statement, he explains how these creatures came to inspire him “In the aquarium, similar to human society, there is a story of birth and death. As long as they live, these goldfish will continue to soil the fish tank, and if not changed, the water will only get tainted leading to death for all the goldfish. This is quite true for the human species as well… The goldfish that I paint are not really goldfish, but representations of people. I feel as though the fish tank is only foretelling what would happen to the earth in the future. We as human beings are the main source polluting our own air we breathe.”

Riusuke Fukahori’s “Goldfish Salvation” will be on view at Joshua Liner Gallery in New York from November 19th through December 19th, 2015. 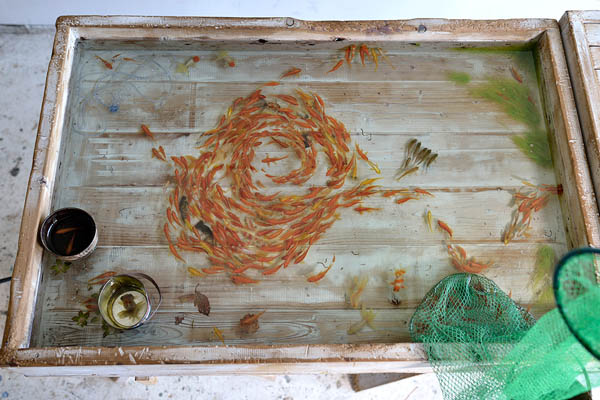 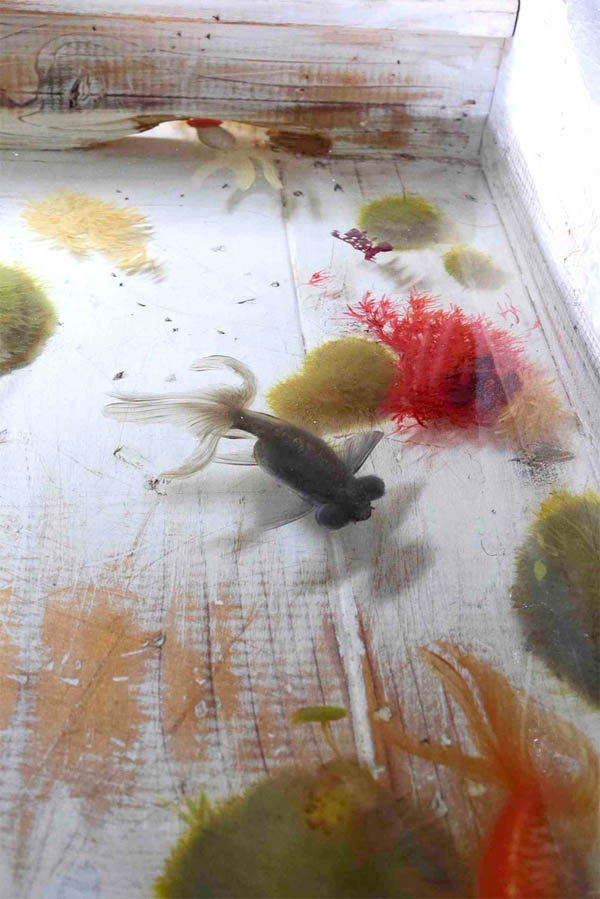 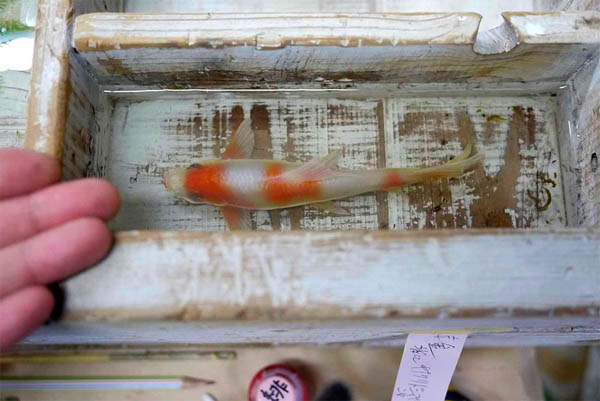 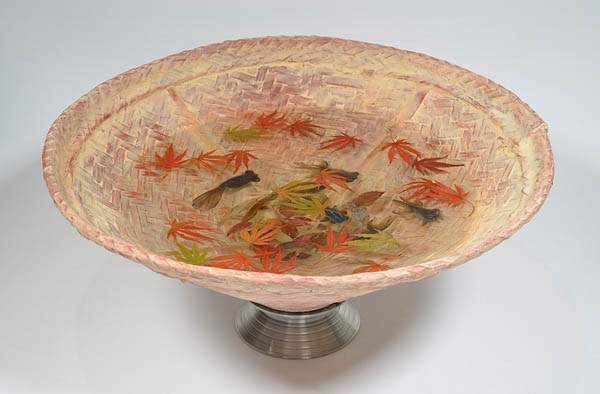 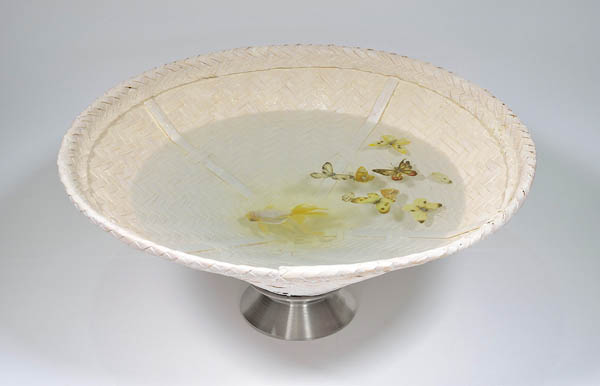 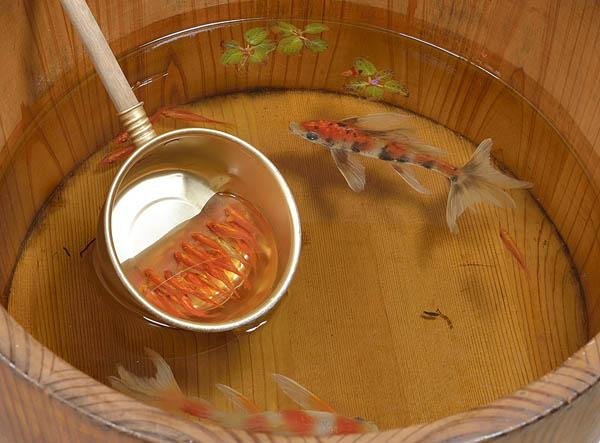 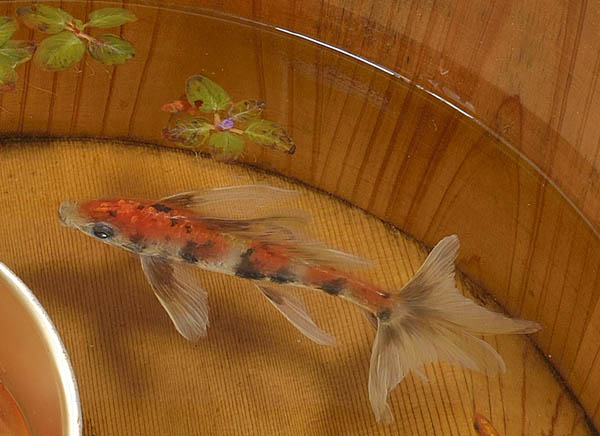 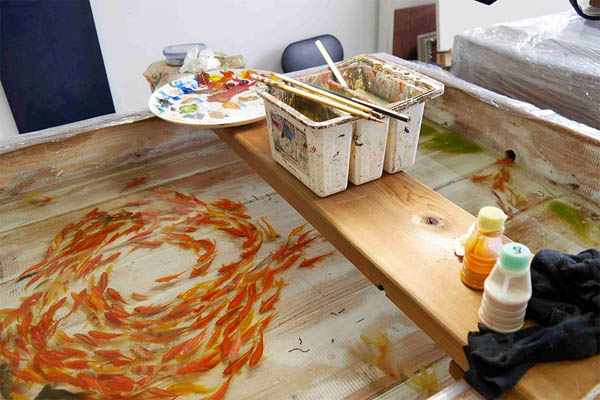 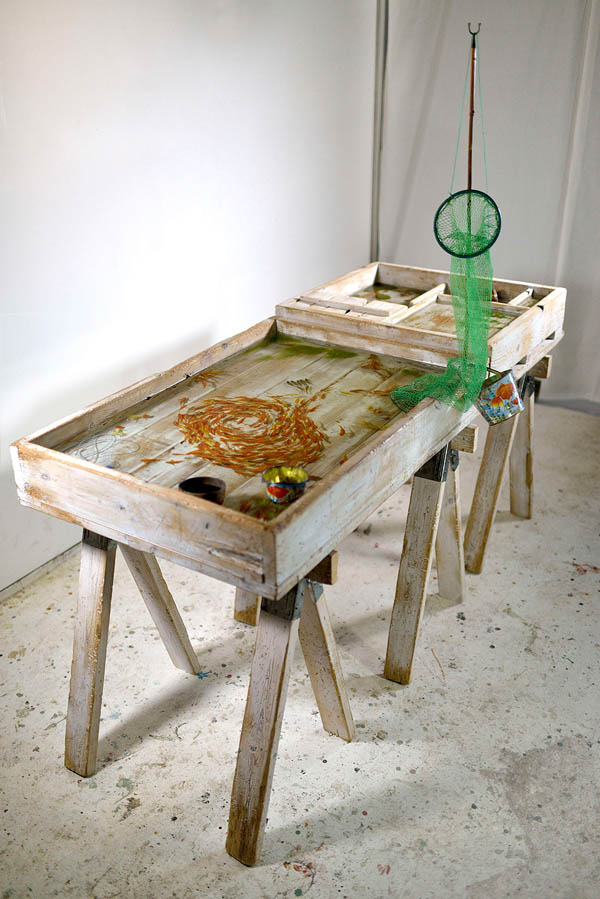