Over the years, the beachy, nautical theme has come and gone much like the ebb and flow of the shore. However, as Vikings and sailors become more popular in the media, it seems that the nautical design trend is back on the rise and might be here to stay.

Obviously, TV shows like the History Channel’s Vikings have influenced viewers to incorporate their admiration for the show in their homes. An array of films and video games have followed in its path, including the latest of Roger Eggers’ films, the director seems to have taken an interest in nautical dramas, having released the critically acclaimed film, The Lighthouse, just a few years earlier. On the other hand, video games have also taken the theme and ran with it, spinning it for its action potential, including Assassin’s Creed: Valhalla and Assassin’s Creed: Odyssey, among other titles. Even slot games have taken on this nautical theme, immersing players in blue seas and enticing graphics that reflect the mysterious marine world below the water’s surface. 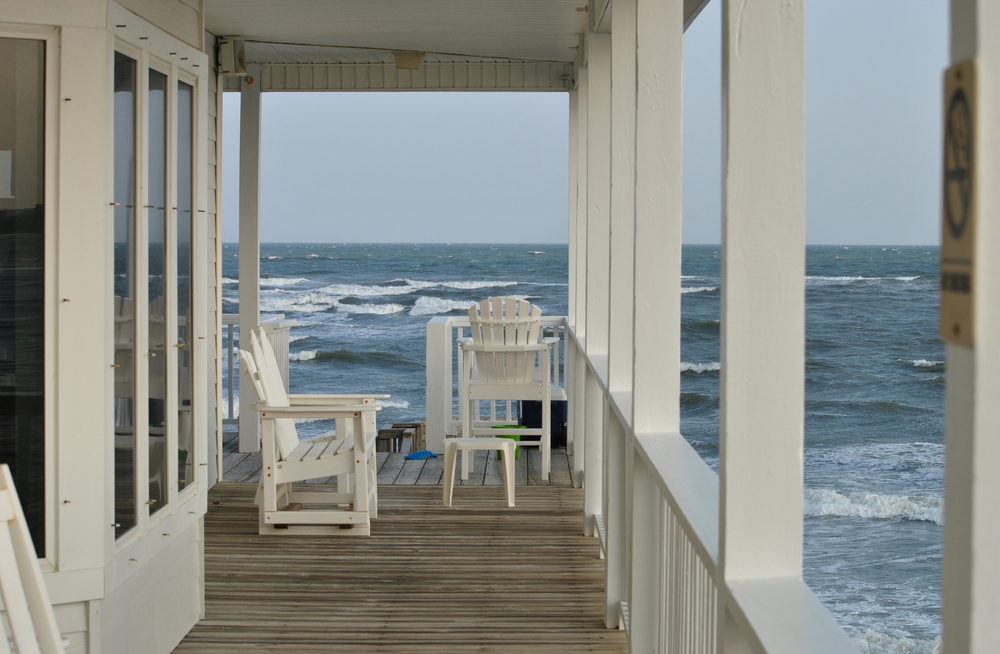 With all the buzz around Vikings, sailors, and marine life, it’s safe to say that people can’t get enough of the nautical setting! Considering the calming blues and crisp whites, it truly is a timeless interior design theme anyone can embrace; whether they’re near the sea or thousands of miles away.

Believe it or not, the nautical pattern isn’t just a simple selection of whites and blues. As seen with the difference between Vikings, sailors, marine life lovers, and beach enthusiasts, there’s a wide variety of interpretations for the nautical look.

Interior designers tend to talk to their clients to get an idea of their personality before diving into all the different aesthetics the home could take. It’s a good idea to do the same by analyzing which design choice resonates best with the home and the people who live in it. For example, people who love the film Finding Nemo should stick to that bright and fun color scheme whereas people who enjoyed the somber, black and white palette of The Lighthouse should use that as their reference. 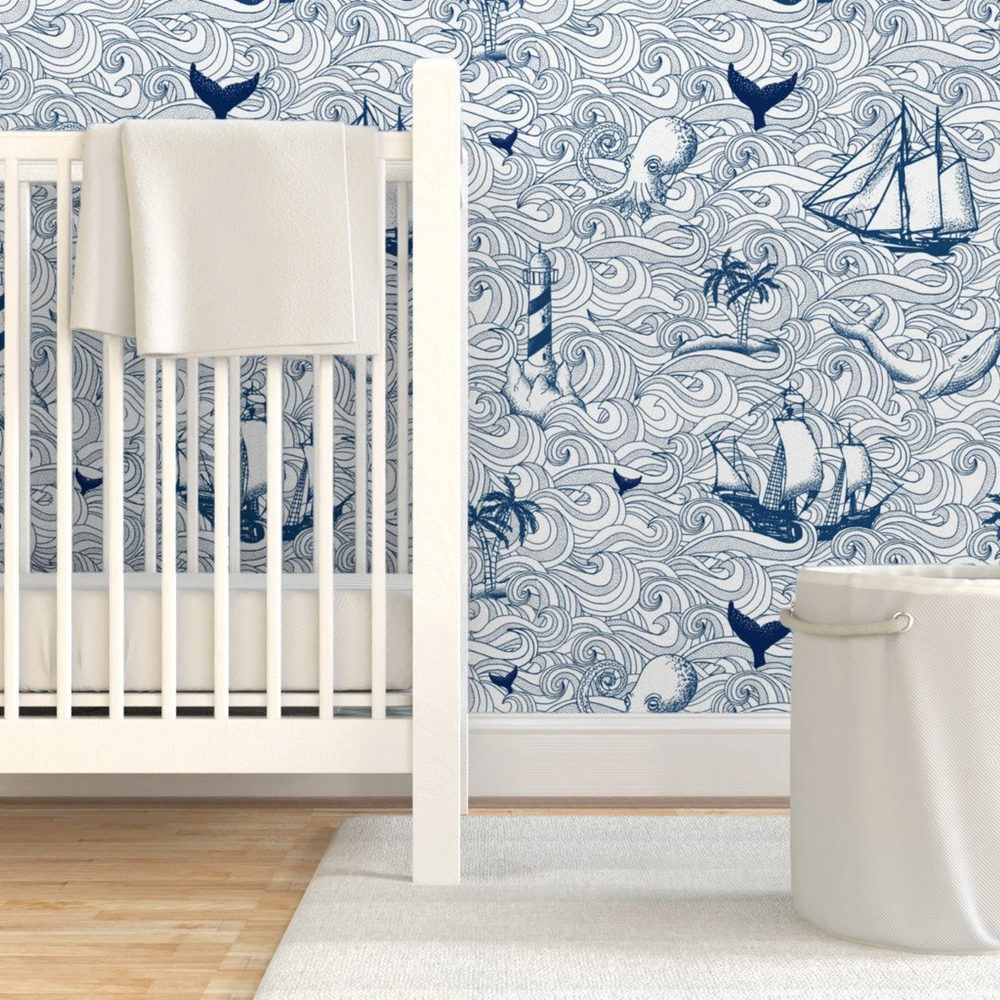 By having a reference in mind, all design decisions seem to fall right into place. So as a first step, choose a visually appealing film, TV show, or video game to make smart, focused decisions about the design.

Back to the Basics

To evoke a classic, elegant nautical theme, paint the walls a crisp, matte white. People tend to already have their walls painted white because it’s easy to switch up. Specifically for a nautical themed living room, white walls create a calming, breezy effect everyone loves. It also sharpens the color palette, allowing bold stripes typical in nautical patterns to pop.

In the event that the home has wood paneling, that’s something to be embraced, as it calls upon classical sailor imagery, including the bunks in sailors’ cabins. Although for people who aren’t a fan of wood’s natural color, painting and varnishing it will do just the trick.

When it comes to flooring, bold carpets and even layering carpets can create a visually-pleasing aesthetic. As seen in Vikings-inspired media, the nordic sailors were known for their mesmerizing geometric patterns. Modern takes on these prints include chevron, herringbone, and stripes. 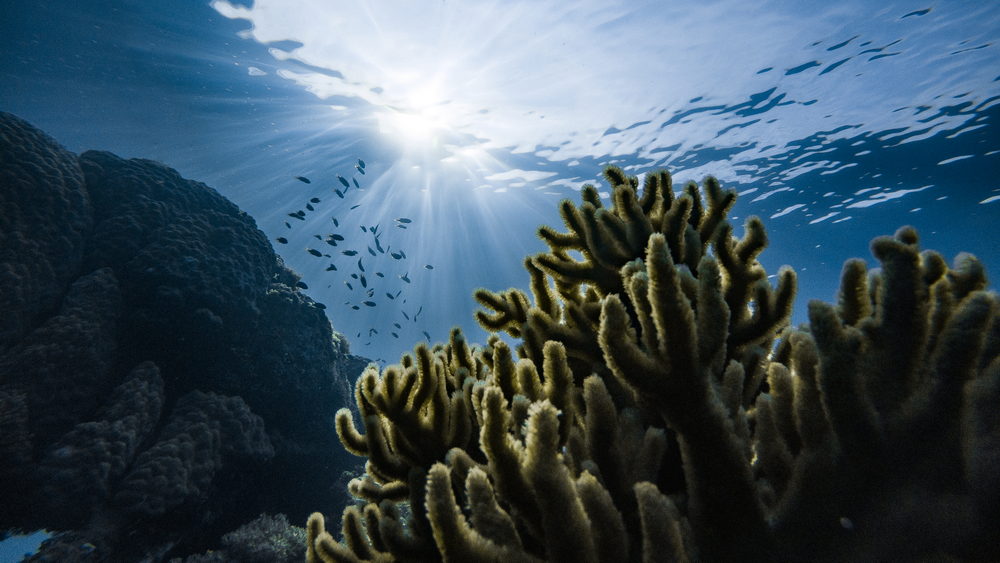 This might go against what everyone’s mother has said, but to have a beautiful, dynamic living room, it’s best to venture outside the typical furniture stores. Buying matching, upholstery sets tends to make the furniture look like it came straight out of a catalogue.

Taking the time to consider how furniture pieces could complement each other in their difference creates a unique and dynamic environment. It elevates the space and actually remains authentic to the nautical theme, where sailors grabbed whatever furniture was around to furnish their living spaces. 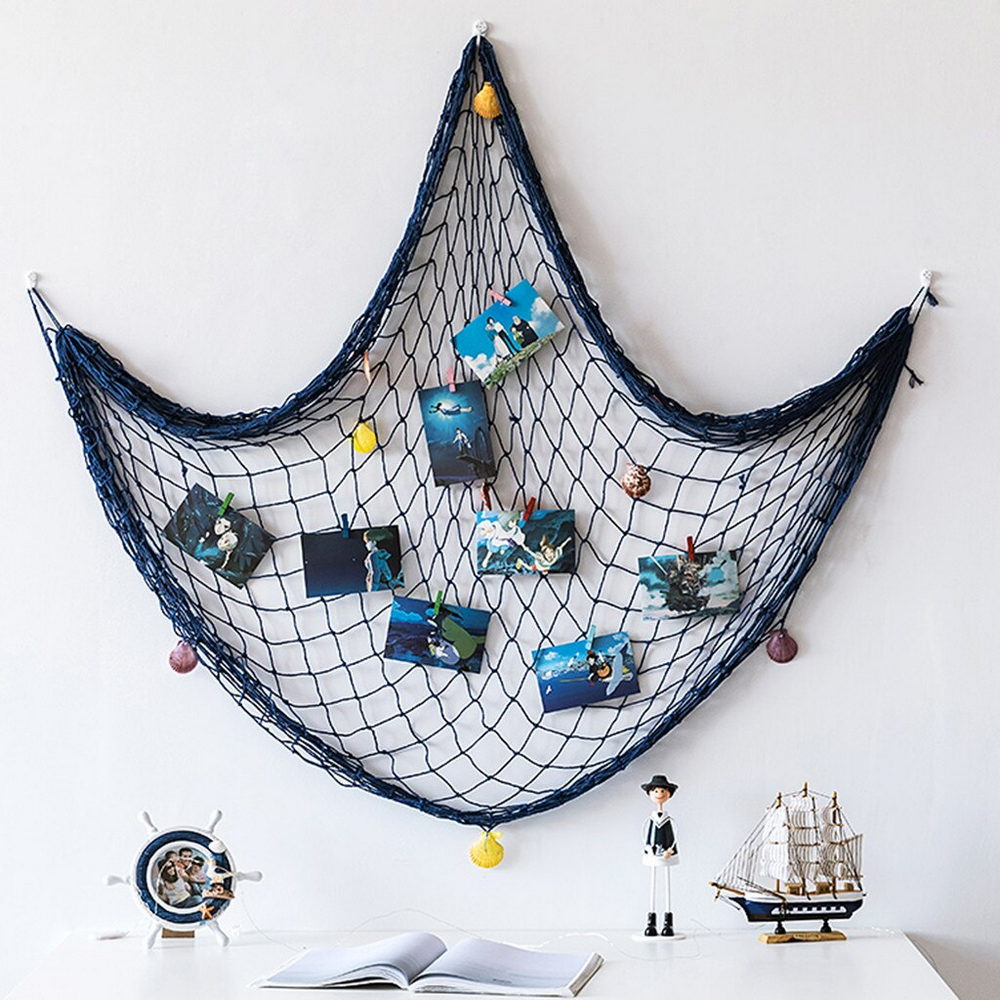 The same can be said about wall accents. Finding one-of-a-kind pieces in thrift shops and antique stores make the space unforgettable while evoking the classic nautical style. Some neat ideas to incorporate in wall decor include large framed maps, which have become quite popular in recent years. Other ideas include mounted oars, seashells in large glass vases, sailboats, and innovative rope crafts.