Kage-e (”shadow pictures”) — a popular form of Edo-period(Japan) woodblock print — were appreciated by children and adults and commonly used as party gags. These pictures consist of two parts: a “shadow” image and a “real” image. The shadow image, which typically bears the shape of a common, easily identifiable object, is viewed first. The real image, viewed second, reveals the surprising true identity of the shadow. 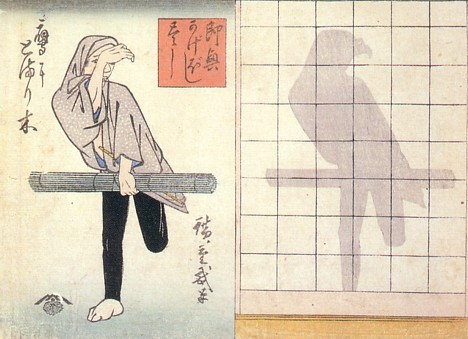 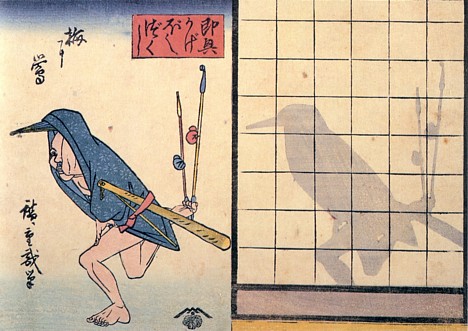 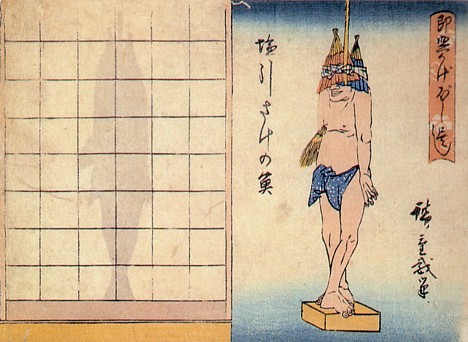 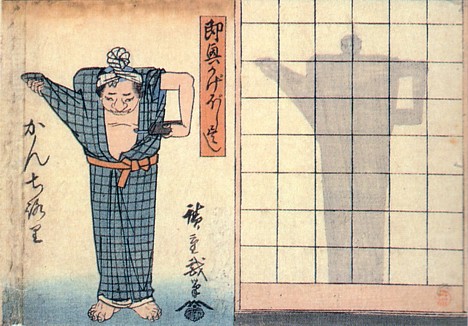 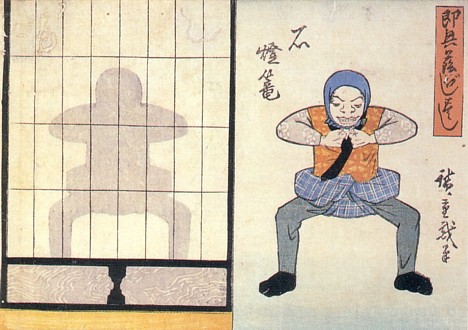 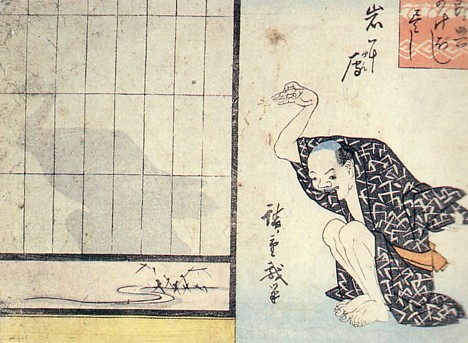 Shadow Image:Goose on a Rock

Like Your Wedding Dress Too Much? Maybe Eat it?