Russian landscape photographer Daniel Kordan is adept at locating extraordinary environments around the world and capture the astonishing nature there. In his recent excursion to the Socotra archipelago, he bought us more enchanting photos.

Known as one of the planet’s most biodiverse places, the remote island is situated between the Guardafui Channel and the Arabian Sea. The alien-like landscape is home to many species that do not occur anywhere else in the world. According to UNESCO, Socorra is of particular importance to the horn of Africa’s biodiversity hotspot and, as one of the most biodiversity rich and distinct islands in the world.

There are various sites to explore in Socorra. But in this series, Kordan focuses mostly on dracaena cinnabari – dragon blood tree. This evergreen species is named after its dark red resin – dragon blood. Kordan’s photographs, which are shot at dawn, golden hour, and under a star-illuminated sky, frame this unique creatures on the earth. Combined with the deep red sap that seeps from its trunk, this otherworldly feature ties the species to local lore.

Below are some of amazing photos from Kordan’s Socorra trip. You can find more on his Instagram page. If you like them, you can also order the prints from his shop. 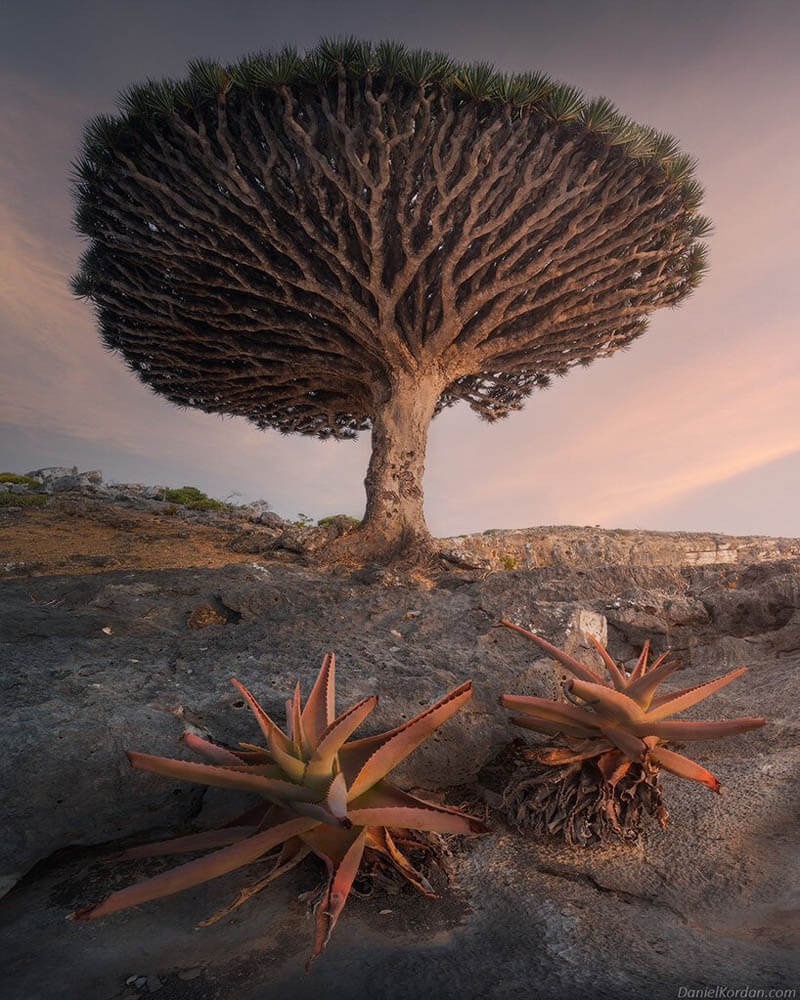 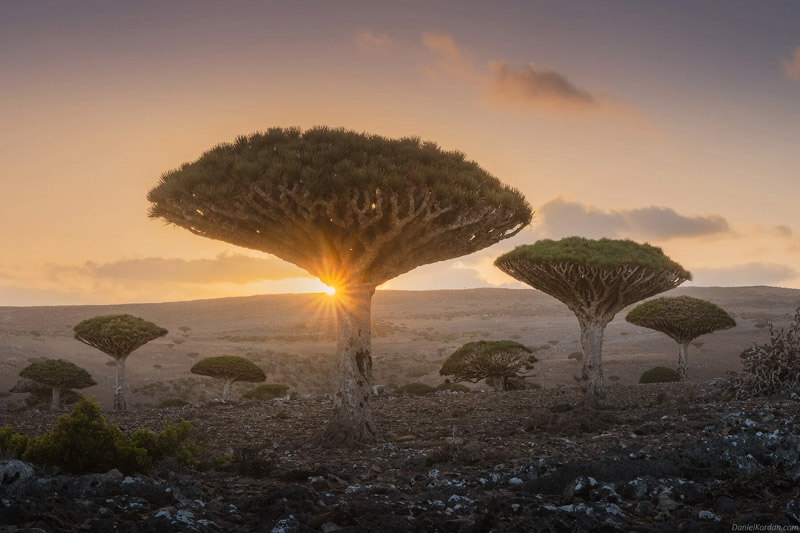 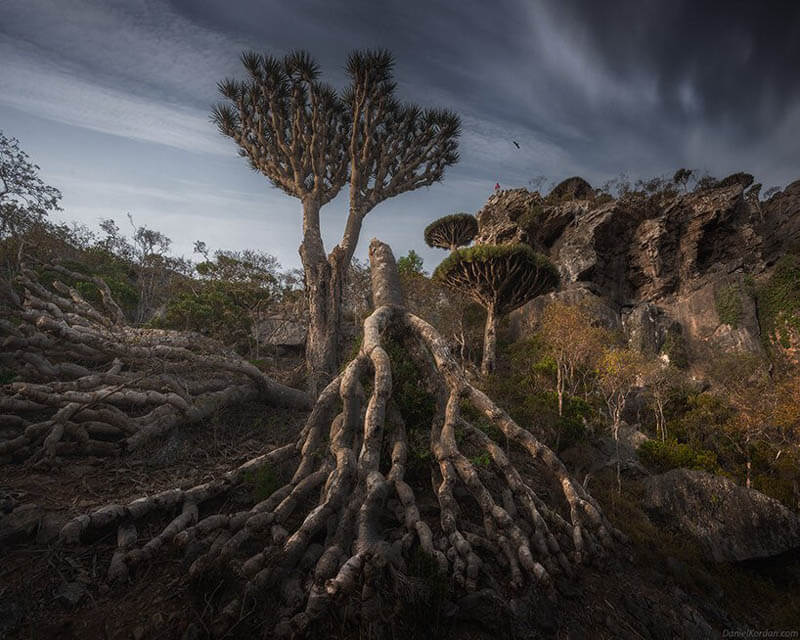 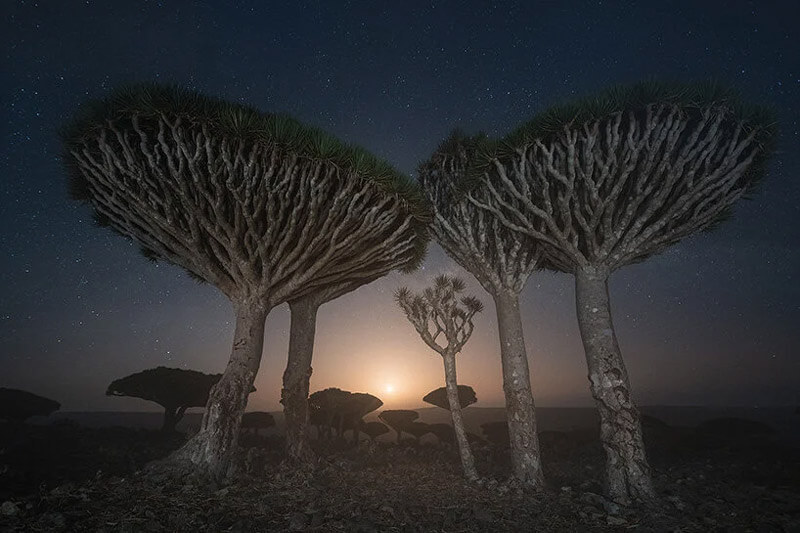 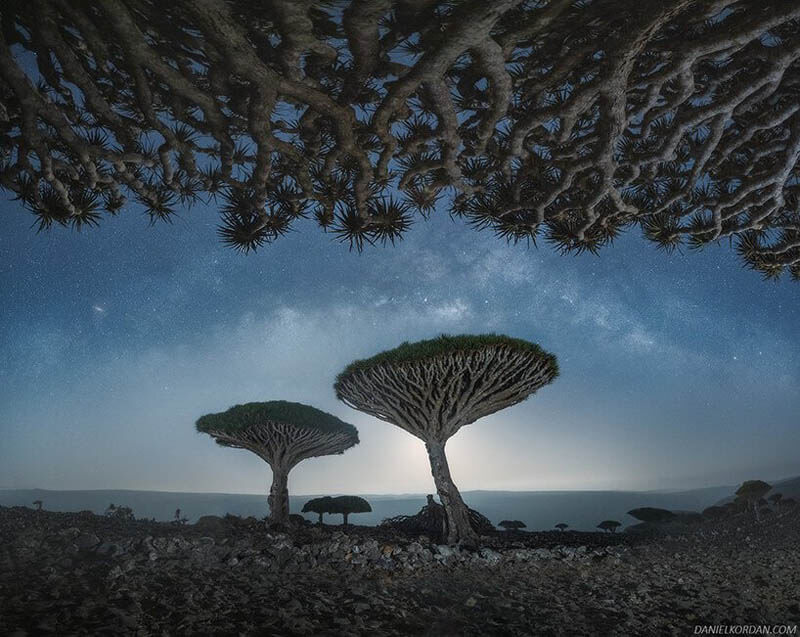 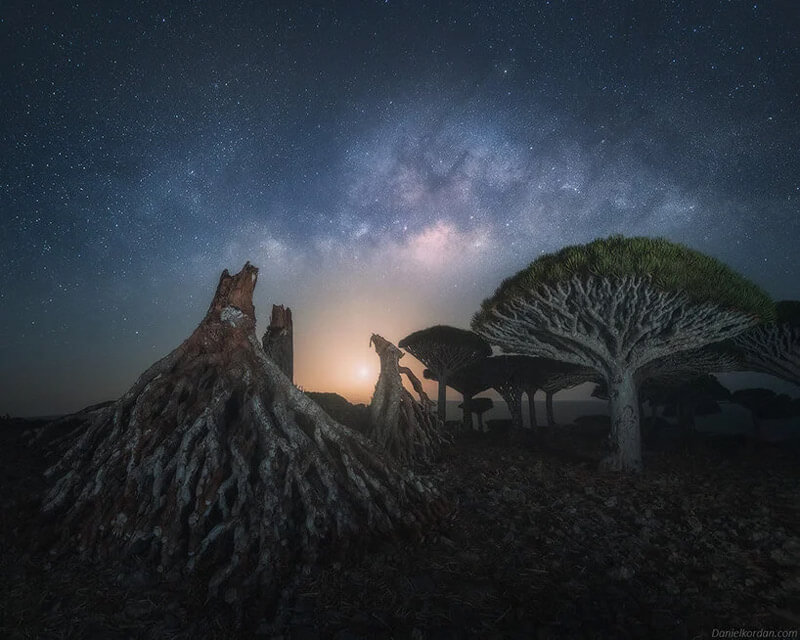 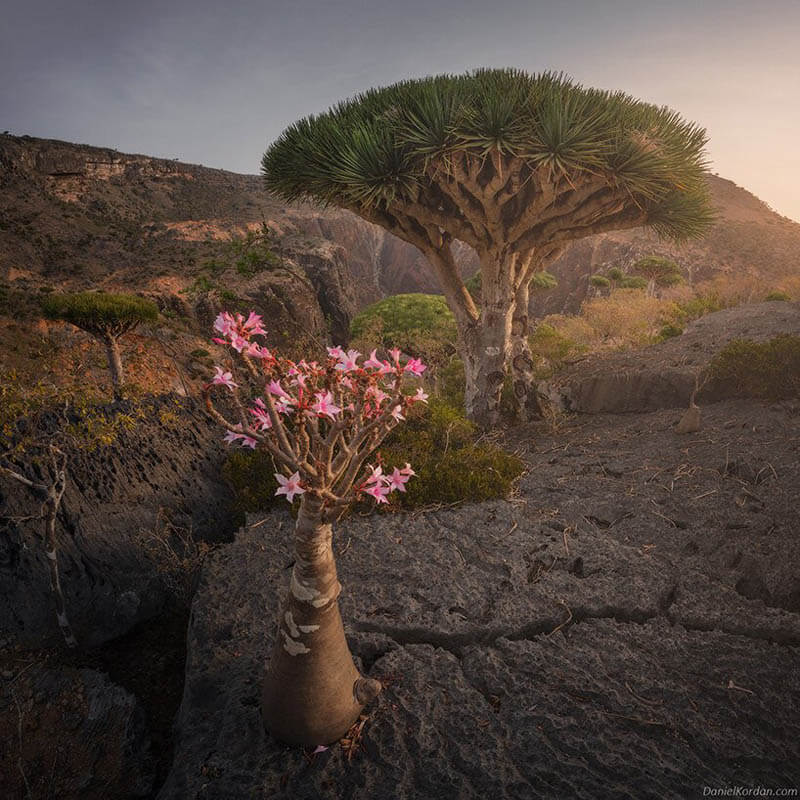 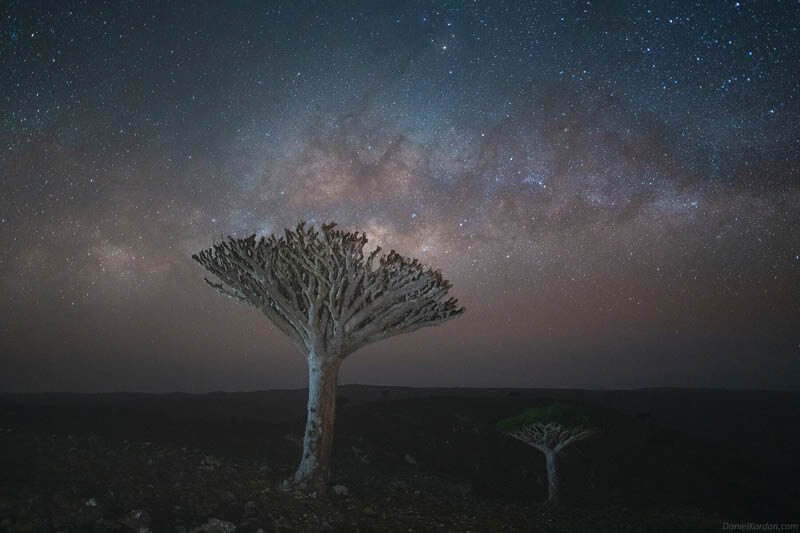 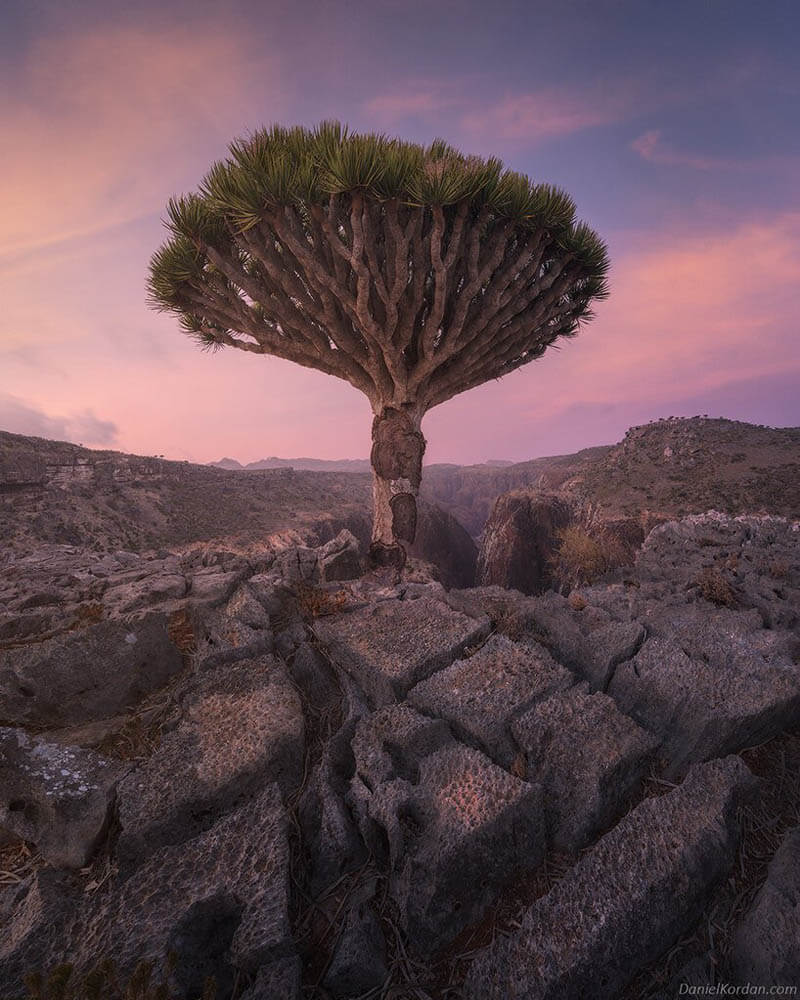 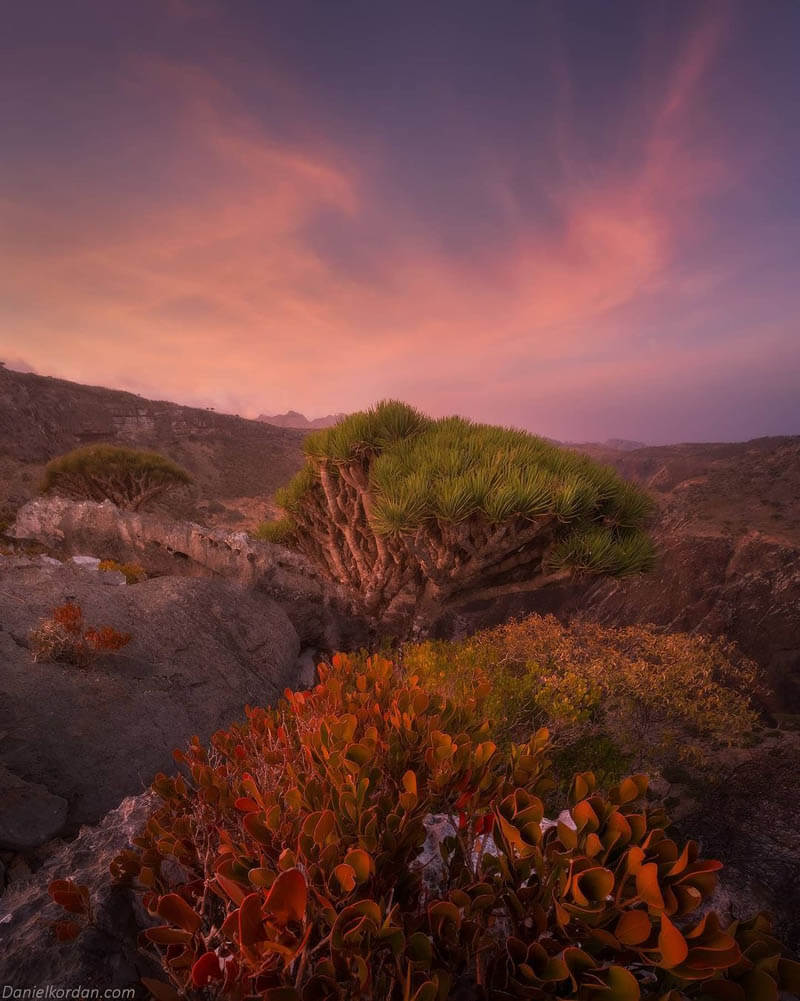 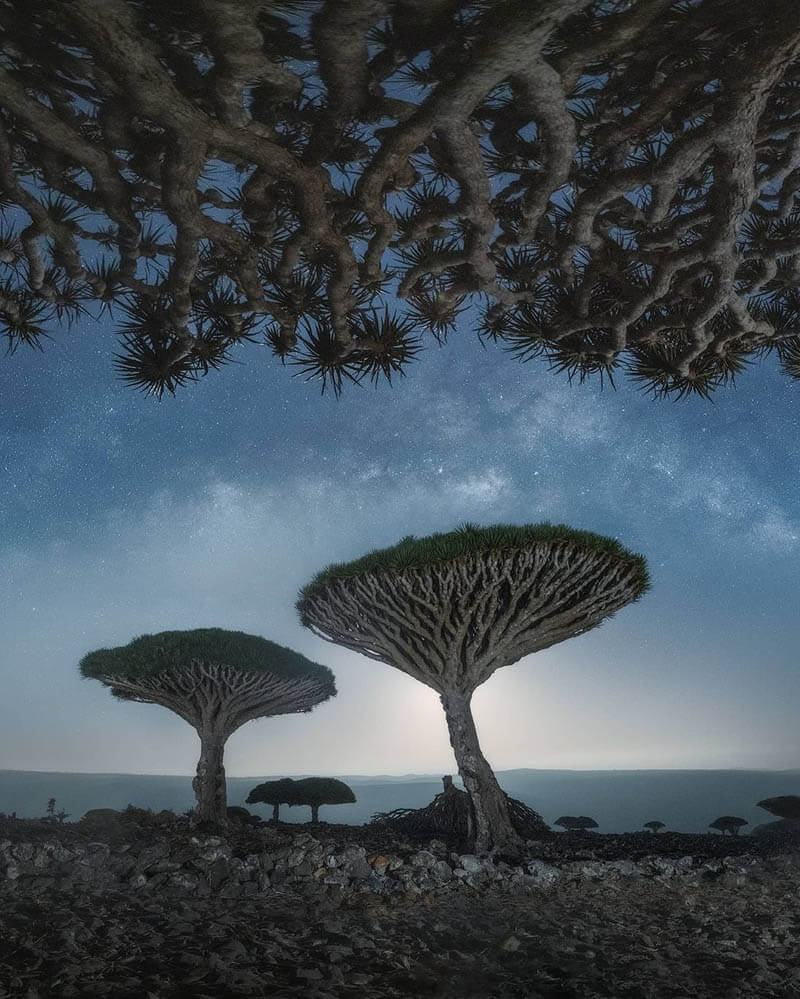 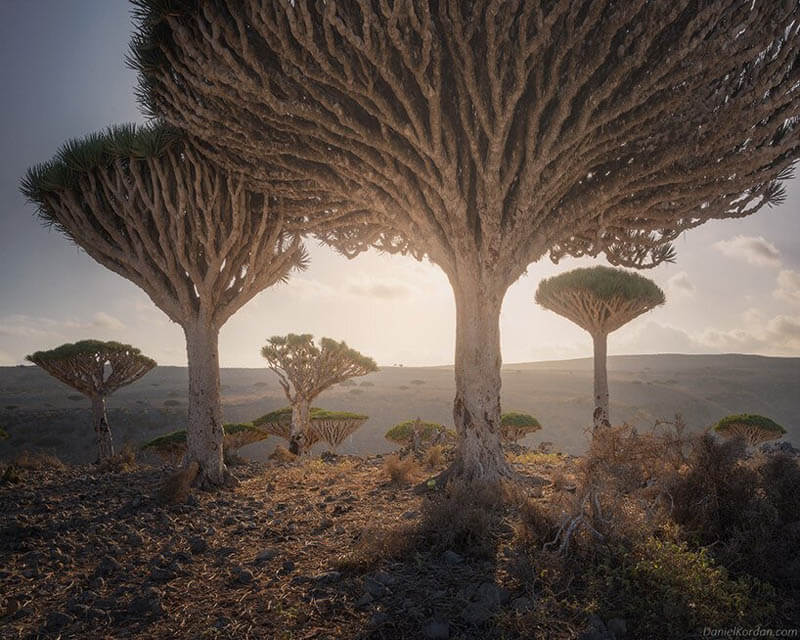 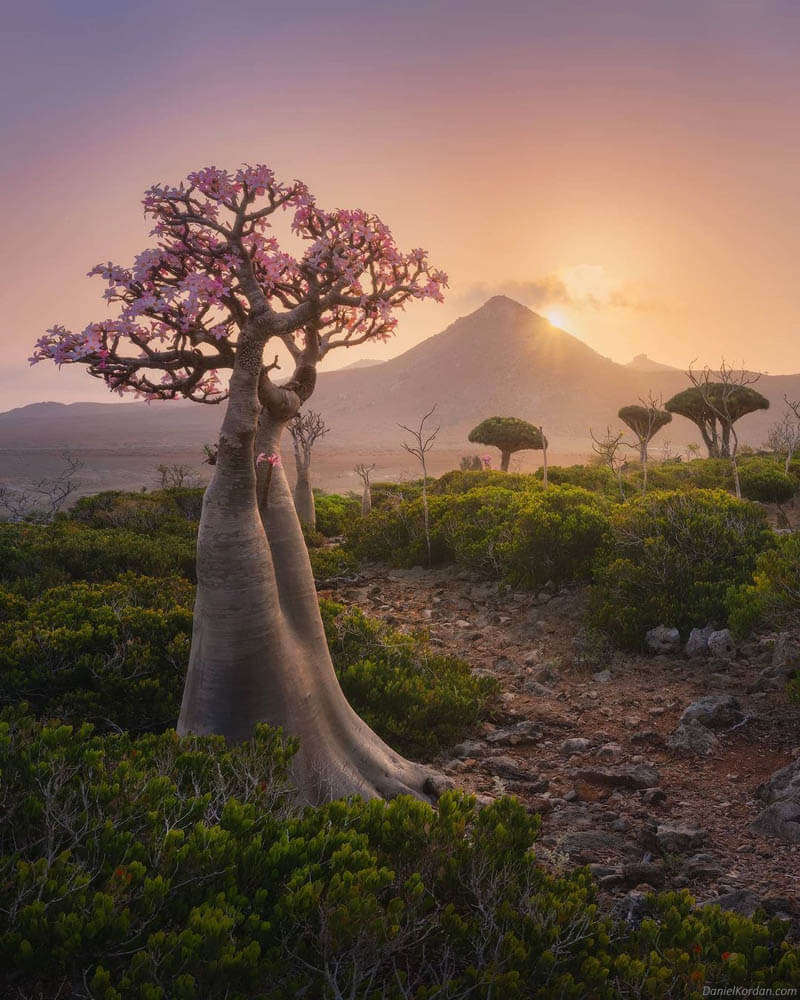 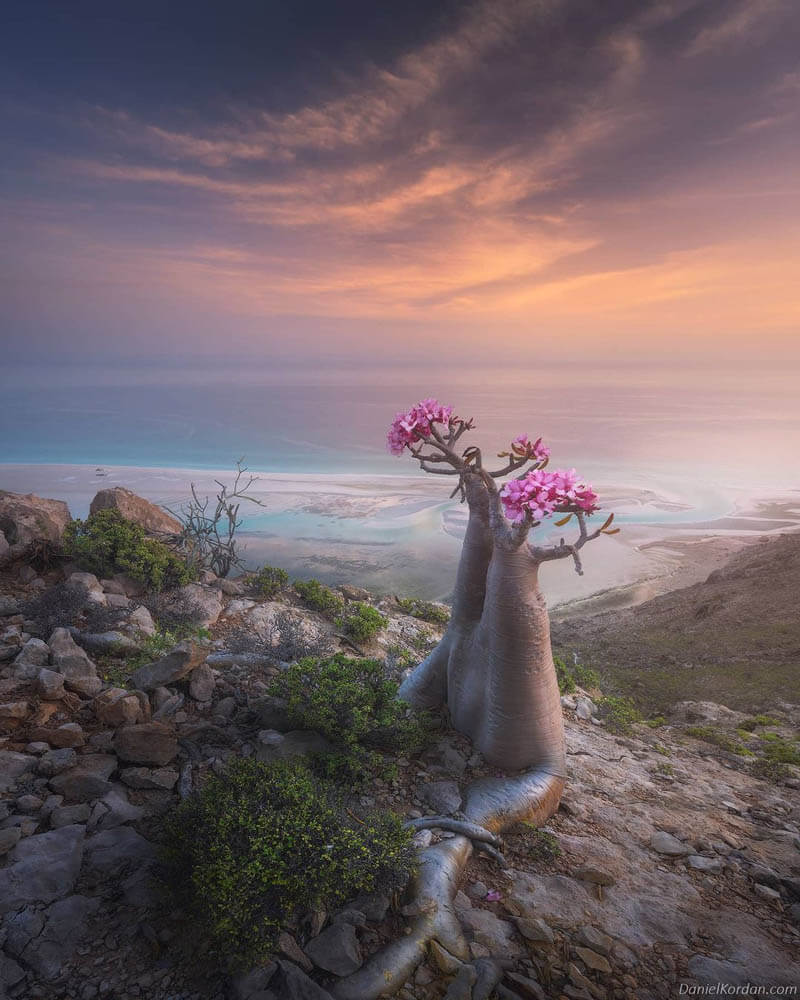 Stunning Photographs of Paint Dropped into Water by Mark Mawson

The Tiny World of Snails by Katarzyna Załużna

Insects Wings Photos are Manipulated to Look Like Blooming Flowers