Challah is a special bread in Jewish cuisine, usually braided and typically eaten on ceremonial occasions such as Shabbat and major Jewish holidays. However, in Joy Huang, a talented flour artist’s hands, these traditional bread has a new life (form).

Huang creates adorable animals out of braided challah bread. So far, Huange has created three and half animals: squid, spider, turtule and the half is a roasted turkey shaped bread. Huange also gave her bread animal a pair of prop eyes which make them look more adorable. In addition to their shape, Huang also gives these doughy creatures adorable names. For example, the squid loaf is called “Challahmari” (or “Tchallah”), the spider is called “Aracknead”, and the turtle goes by the name “Michallangelo”. 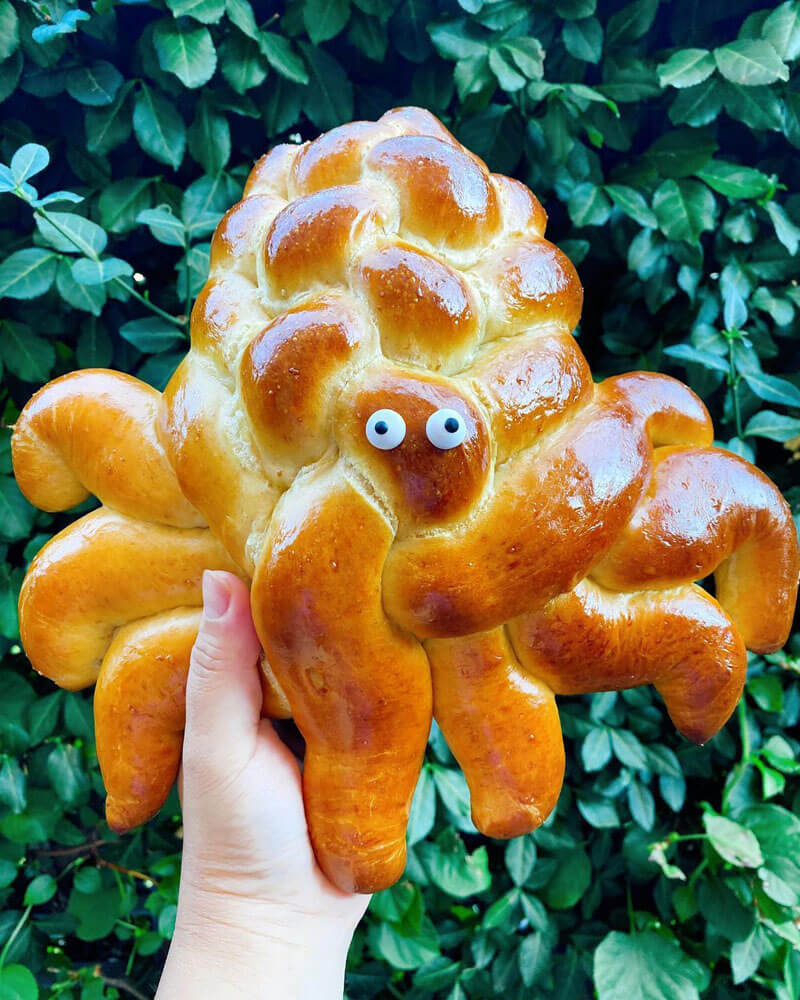 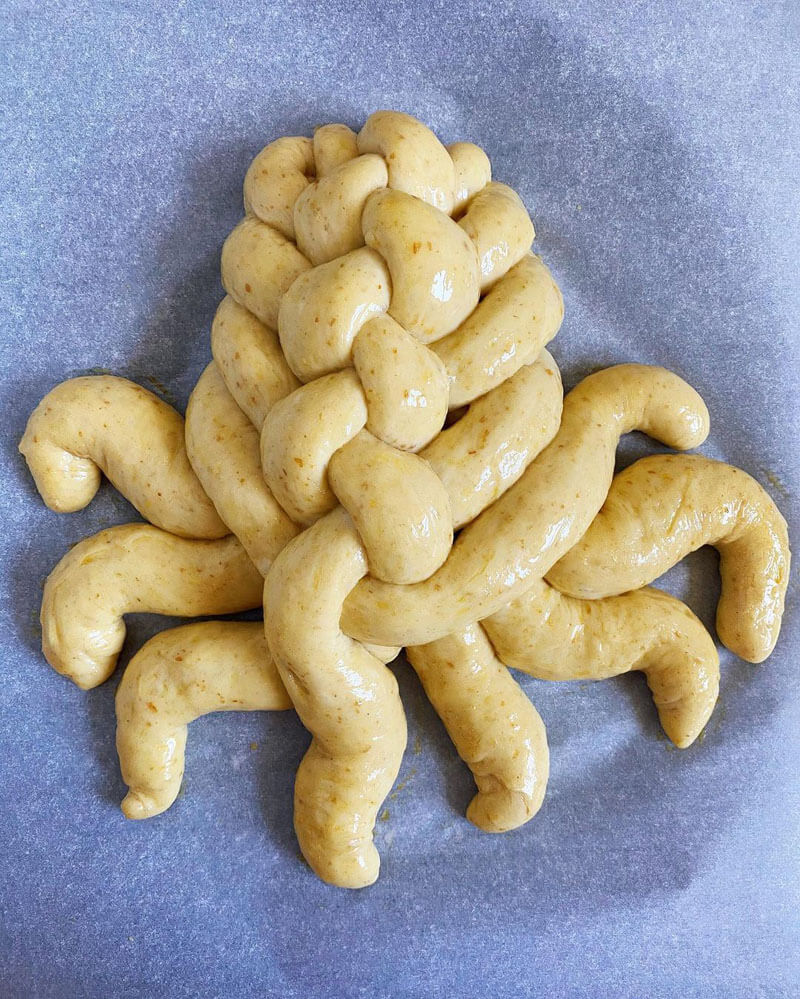 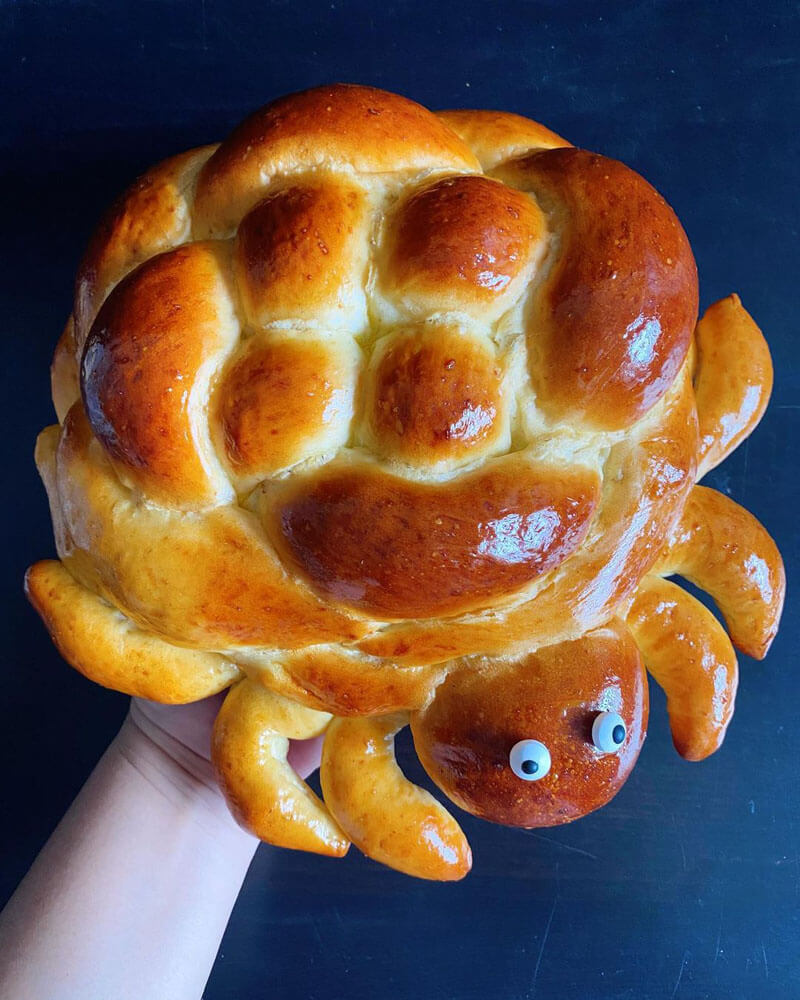 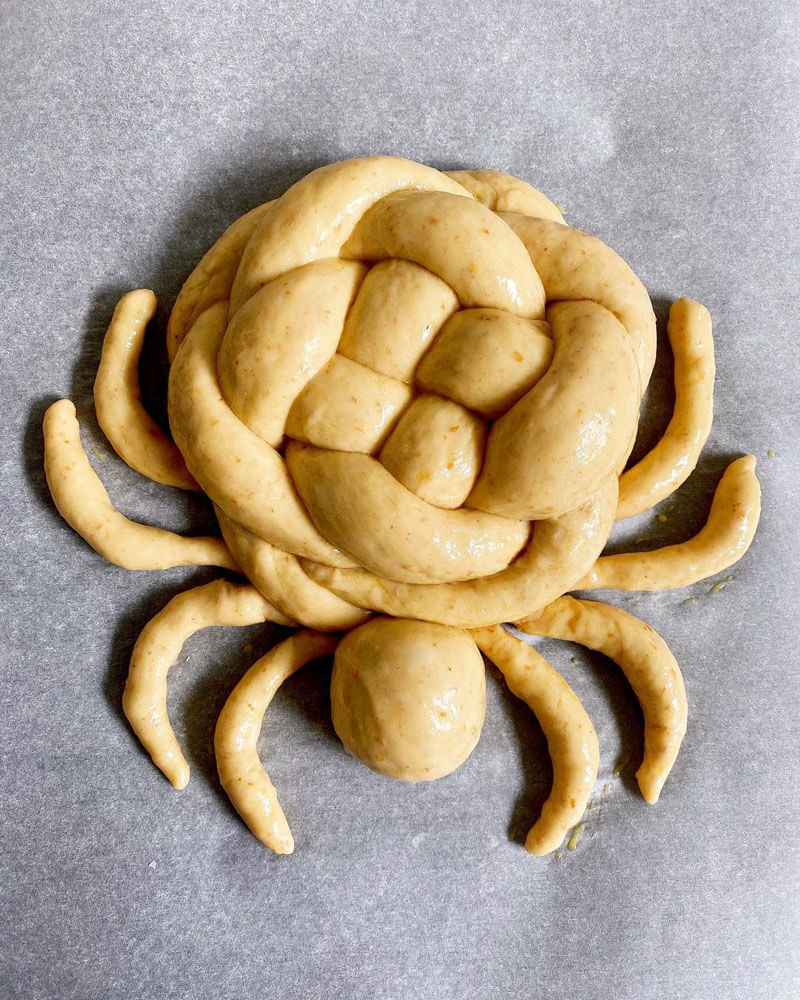 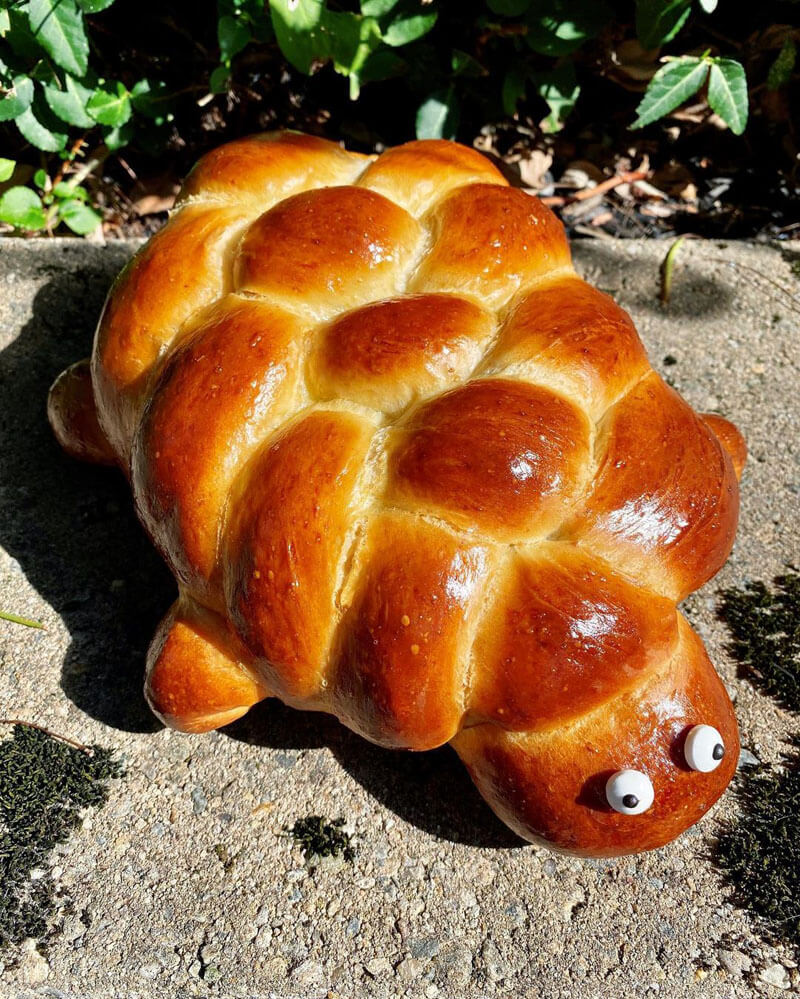 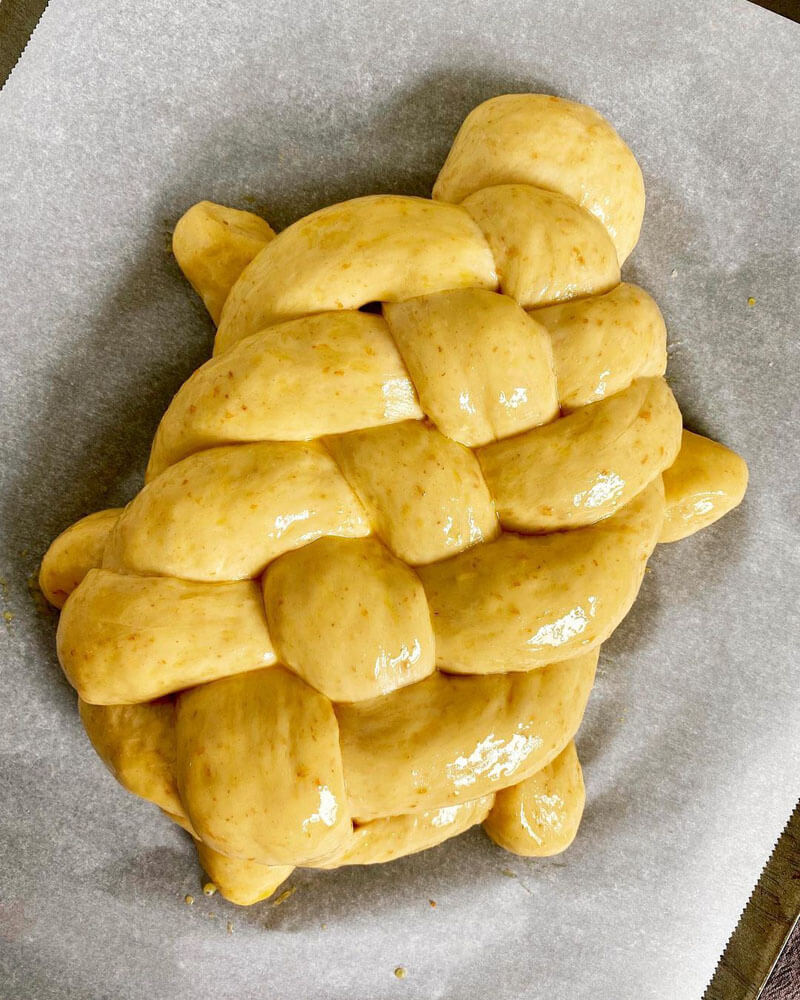 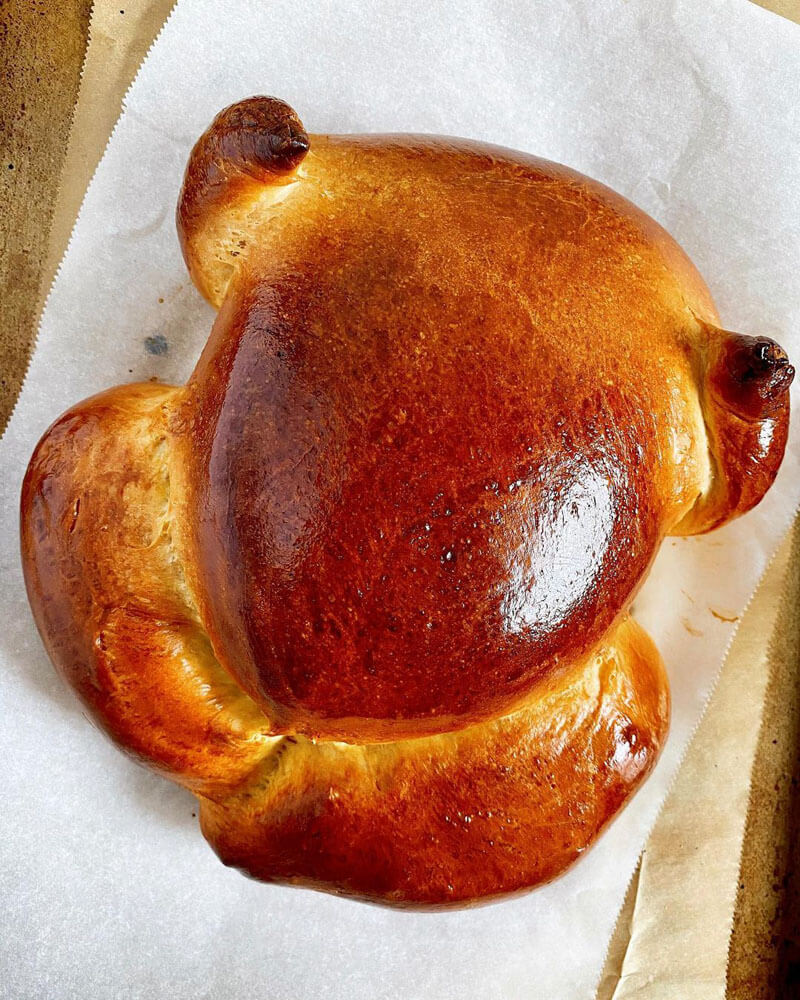