These stained glass artworks by Joseph Cavalieri feature characters from the Simpsons and come in time to commemorate the hit show’s 20th anniversary. The 7 Simpsons panels place characters in scenes of murder, death and dying. Something that could never happen on the series explains Cavalieri… “If Bart and Lisa really were crucified, they simply couldn’t come back next week on the series” 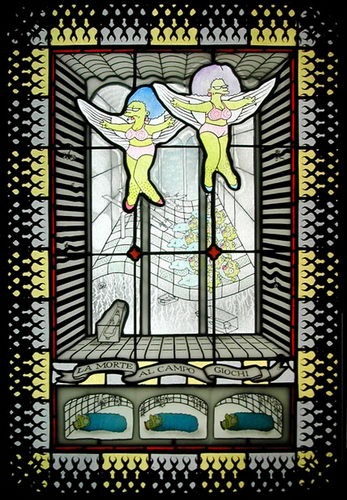 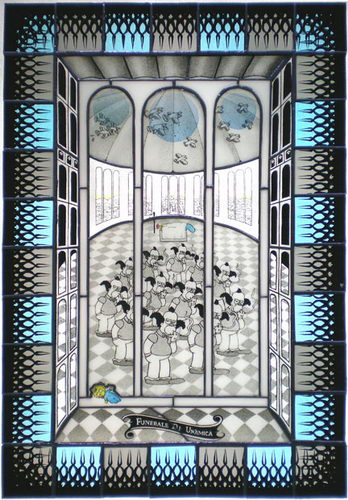 Funeral for a Friend – This depicts Marge’s death 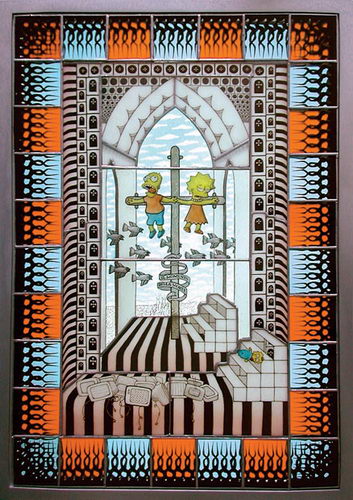 The Moment of Death 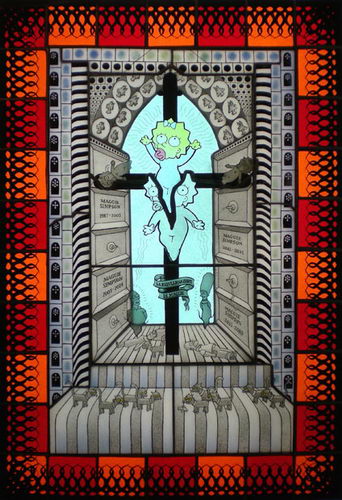 The Reincarnation of Maggie

“The general public only sees stained glass when in church,” he said. “My challenge is to bring this awesome medieval technique out of the church and into people’s homes, for a new glass renaissance that everyone can relate to” 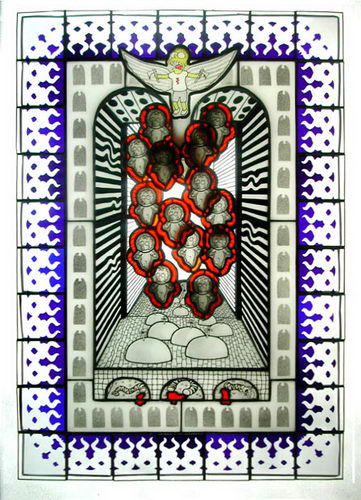 The Countryman And The Sepent 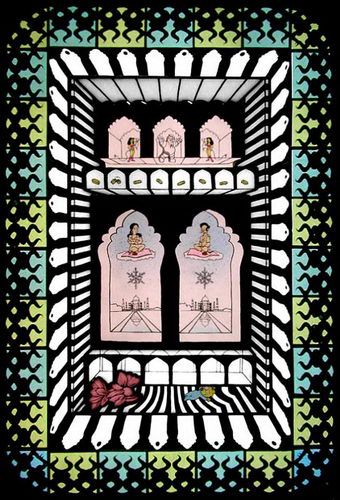 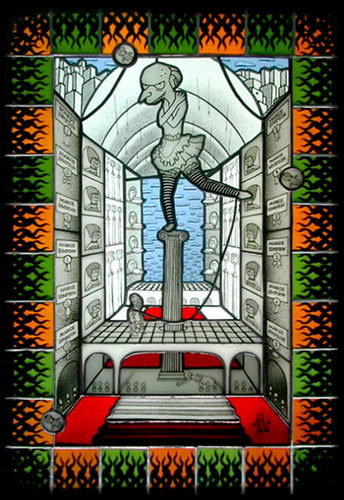