More than 1 million American homes now display solar panels on their roofs and are creating free electricity for their homes every day of the year.

While 1 million is a big number, solar energy is barely making an impact in the residential market so far. But as sales increase and seeing solar panels on homes near where you live becomes more common, expect to see sales increase exponentially.

With the current concerns about climate change and rising costs of power, there is no better time than now to start considering putting solar panels on your home.

Solar energy has the potential to make a hugely positive difference to the world’s environment including benefits to individual homeowners who choose to install solar panels.

Solar power is good for the environment, works everywhere that receives sunlight, and will immediately increase the value of your home. But the number one reason most people install solar panels is because of the cost savings created. 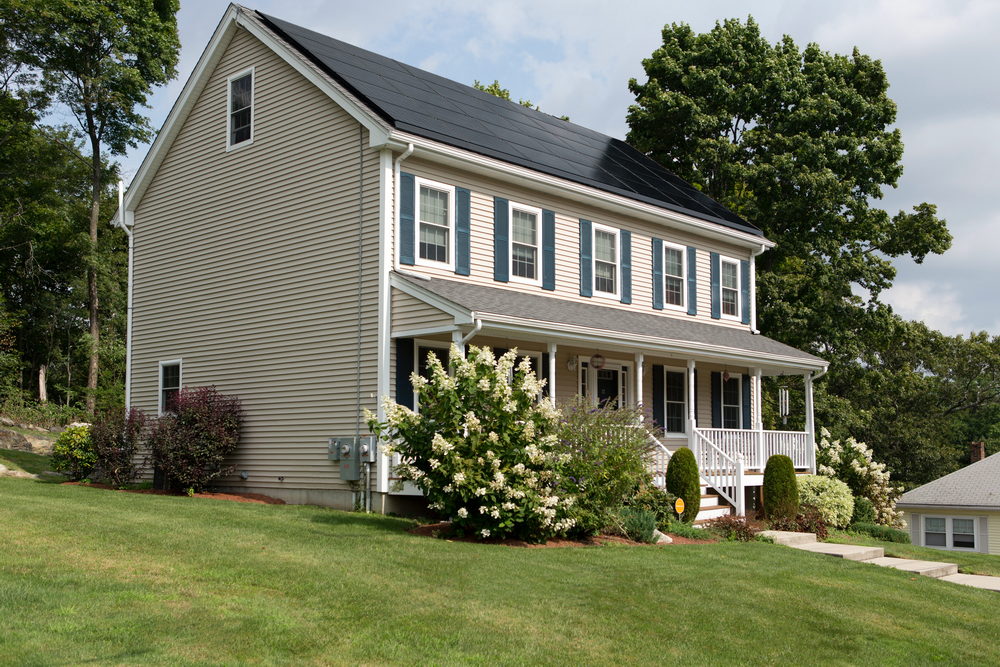 What are the costs savings?

The savings possible for each homeowner will vary, even two houses of the same design situate next to each other could experience various levels of savings.

That’s because ow much you can save is dependent on the following issues:

Another factor, is what type of solar panel you put on your roof There are three main types of solar panels that are commonly installed on residential homes in the US. These are Monocrystalline and Polycrystalline solar panels, and thin film.

What are different solar panels made of?

To produce electricity, solar cells are made from a semiconducting material that converts light into electricity. Silicon is the most common material used.

The two crystalline types of solar panels have cells made of silicon wafers. The wafers are assembled into rows and columns to form a rectangle, covered with a glass sheet, and framed together. 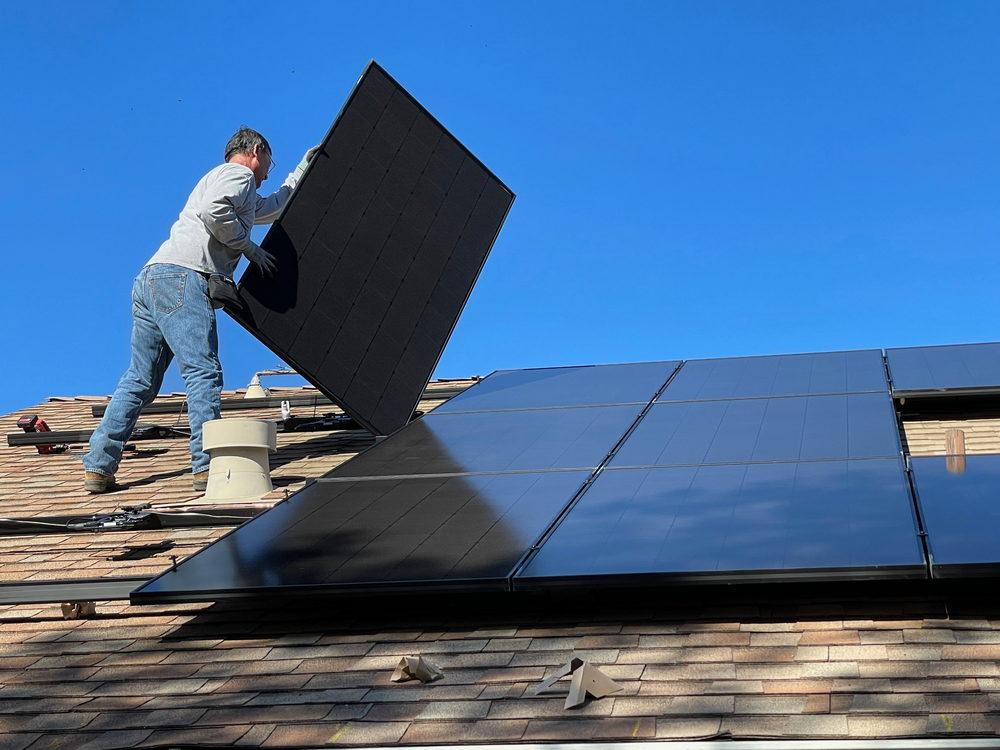 Thin-film solar panels are made from a variety of materials. The most common is made from cadmium telluride (CdTe). A layer of CdTe is placed between transparent conducting layers that help capture sunlight. This type of thin-film technology also has a glass layer on the top for protection.

Another common material is made from amorphous silicon (a-Si). These panels use silicon in their composition, but they are not made up of solid silicon wafers. Instead, they’re composed of non-crystalline silicon placed on top of glass, plastic, or metal.

Another type is Copper Indium Gallium Selenide (CIGS) panels. These have all four elements placed between two conductive layers (i.e., glass, plastic, aluminum, or steel), and electrodes are placed on the front and the back of the material to capture electrical currents.

These come with high efficiency and performance of 15% – 20% but are the most expensive of the three. Most commonly these panels appear to have black cells which is because of the way light interacts with the pure silicon crystal.

They are most efficient because of the higher wattage above 300W and up to 400W.

These are usually the most cost-effective option but have lower efficiency and performance of 15% – 17%.

These are the most portable and flexible but also have lower efficiency and performance around 11%. They are more resilient than the crystalline panels and are best for unorthodox styles of roofs.

These panels are much thinner because the cells within the panels are roughly 350 times thinner than the crystalline wafers used in monocrystalline and polycrystalline solar panels. They lie as-close-as-possible to the surface of a roof, but some more durable thin-film panels have frames up to 50 millimeters thick.

Thin-film solar panels can come in both blue and black hues, depending on what they’re made from.

Thin-film solar panel installations are less labor-intensive because they are lighter weight and more maneuverable, making it easier for installers to carry panels up onto rooftops and secure them in place. This means reduced labor costs, which can help contribute to an overall less expensive solar installation.

What type of panel is best for you?

Which type of panel to install on your home will depend on many factors.

If you do not have space for lots of panels, then the Monocrystalline panels may be your best choice because of their higher efficiency. Though mor expensive on a per panel basis, you would be installing fewer panels, but they will produce more power from those fewer panels than you would achieve from the other two options. 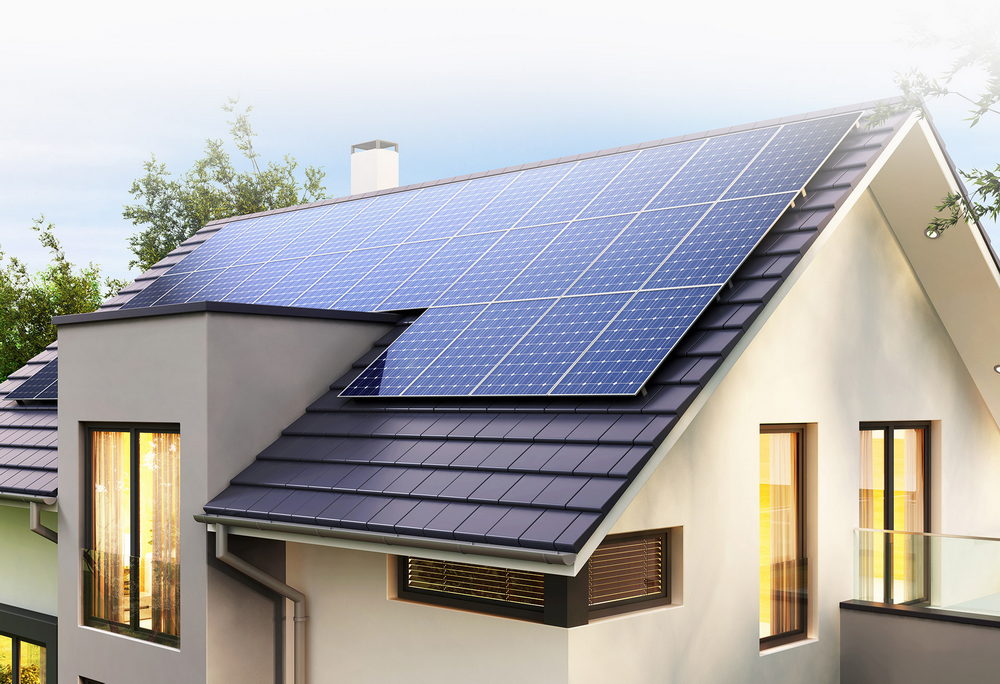 If you do have lots of space for panels, then the polycrystalline panels can be less expensive to buy.

Thin-film panels are commonly used on large commercial roofing which cannot manage the extra weight of the many crystalline panels that would be needed. These larger roofs can afford to go with the lower efficiency thin-film panels because of all the space available that can be utilized.

Thin film is less commonly used on residential homes, but if you cannot fit enough of the rectangular shaped crystalline panels onto your roof because of its shape, or if your roof cannot take the weight of those panels, then thin film might still be a worthwhile choice.

Most solar panel suppliers will be able to provide you with pricing and calculators so that you can work out what your likely power savings will be compared to the purchase price.

You can then estimate how long it will be before the power savings cover the purchase cost. The shorter the break-even period, the better that choice is.

If the Monocrystalline option is more expensive but the break-even period is sooner, it would appear to be the best value for money. But you need to keep in mind if you are borrowing to buy, how much interest you will be paying on top of the purchase price.

How To Choose The Top Material For Your Roof