I guess Sound and Audio industry must be one of most difficult client for advertisement company, since it seems hard to make people get the sound by viewing the print. It does take me a bit longer than usual to round up this “Watch the sound” collection. However,it is totally worth since I actually find some creative designs with perfectly connect your hearing with vision and make you imagine and feel…

Tagline: We see what you want to hear. 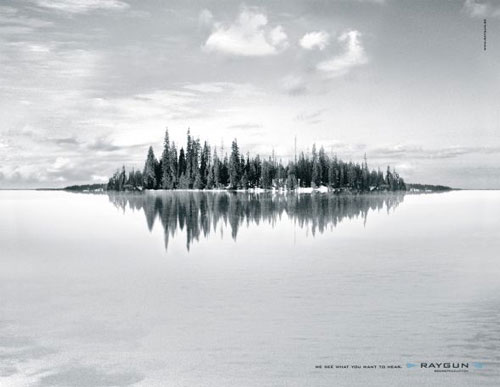 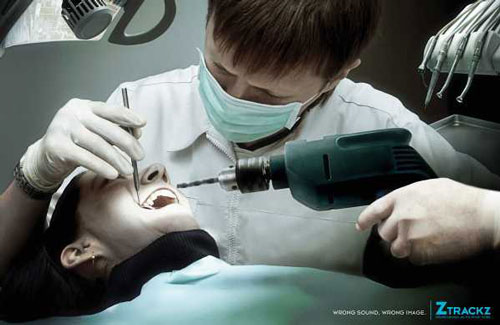 Ticking of an old golden watch swallowed by a starving pitbull during the last family bbq, where only granpa was missing

GreenMovie sound designers record, create, search and find sounds you have never seen. The sounds are represented by a typographic treatment. 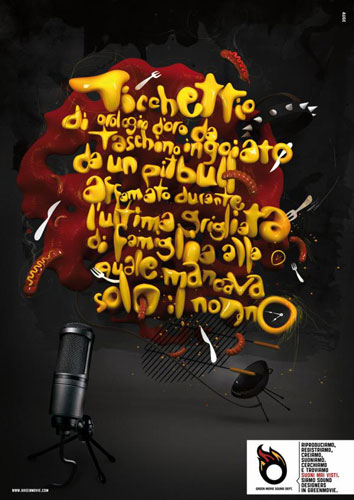 GreenMovie sound designers record, create, search and find sounds you have never seen. The sounds are represented by a typographic treatment. 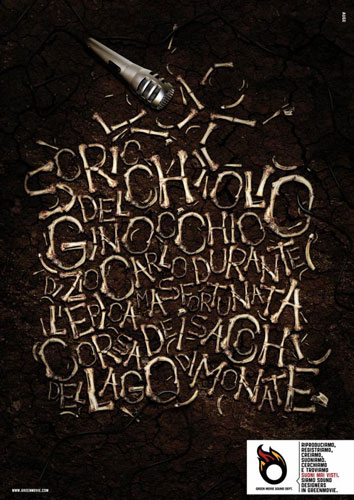 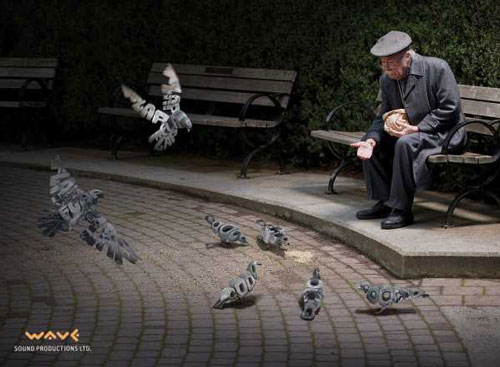 Tagline: We have a passion for sound. 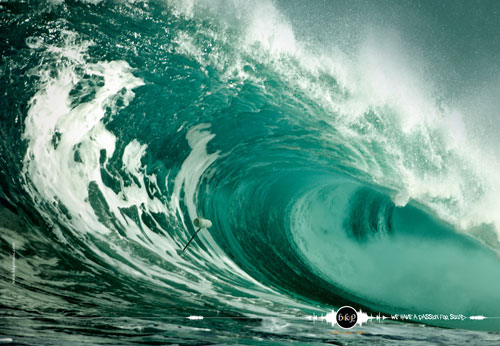 It is a noisy interactive poster. 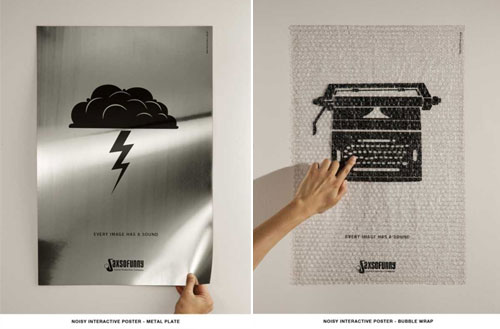 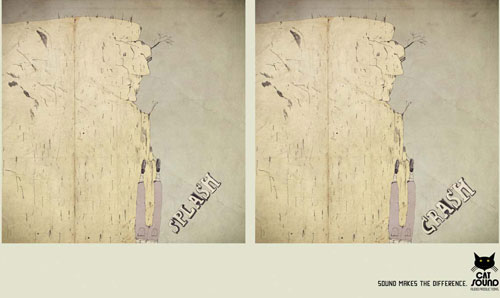 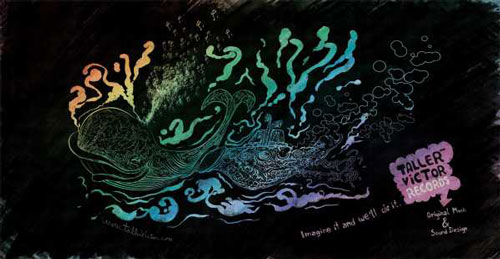 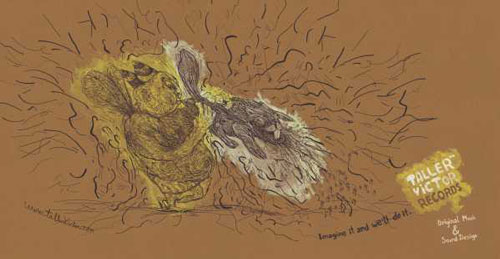 Titled HARPISAW, FLAMMER, ZIPONICA and PANJO. To highlight the fact that Wave sound studios not only create great sound design, but also music. 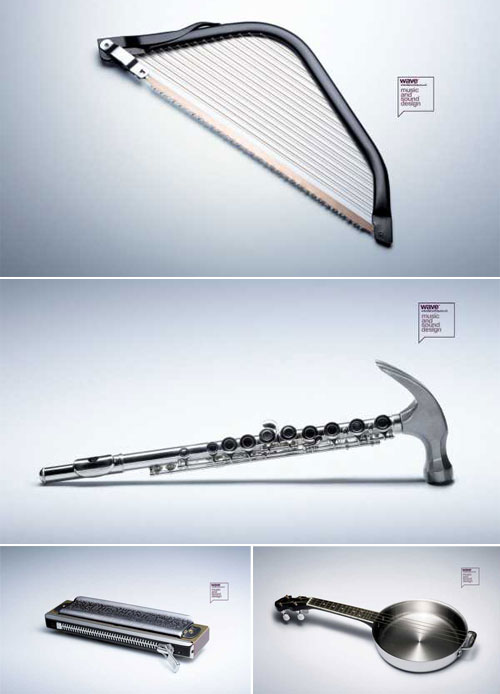 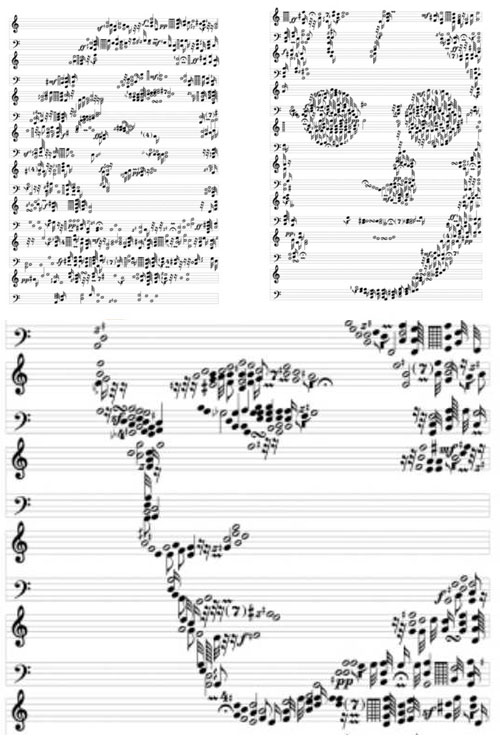 Tagline: If you can imagine a sound, we can make it. 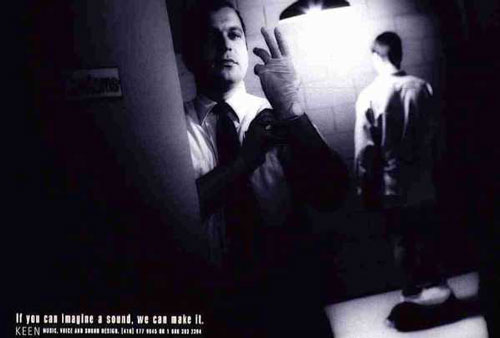 Tagline: When the sound is good, everything is possible. 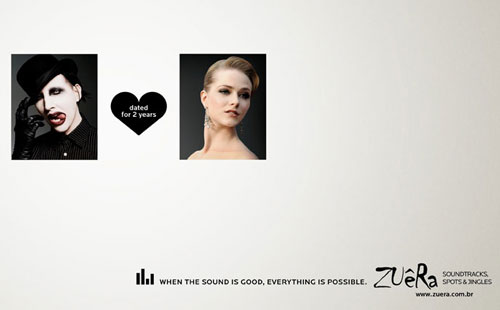 Tagline: Any sound you can imagine 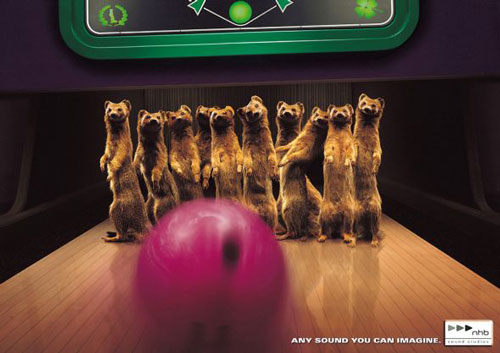 Realistic Portrait Made Out Of Fruits and Vegetables