TBWA, an advertising agency in Milan, Italy had a brilliant idea for the inauguration of First Floor Under, a pop-vanguard culture magazine. First Floor Under’s first exhibition was about music piracy. What was TBWA’s brilliant plan? They launched a series of posters that include CDs forming images of famous musicians such as Bob Marley, Jim Morrison, Elvis Presley, among others. That is one of the best designs I have ever seen, both creatively and craftily speaking, to create anti-piracy posters. The poster printing really drives the point that not only should artistic expression be respected, but also that the era of CDs did just that. They also created a slow motion video you can see at the end of the poster. 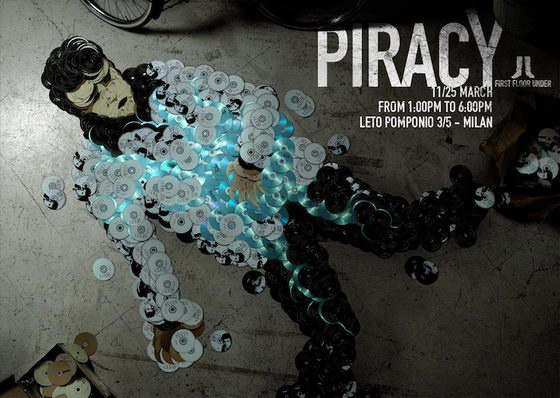 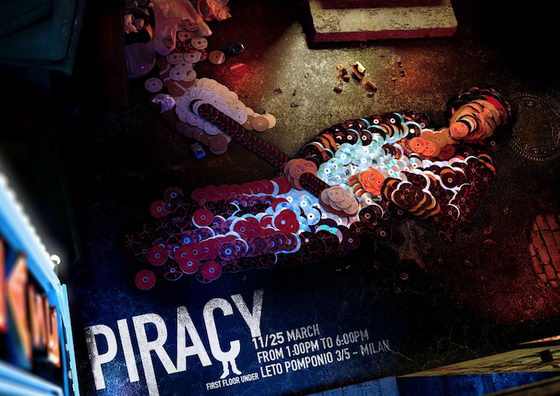 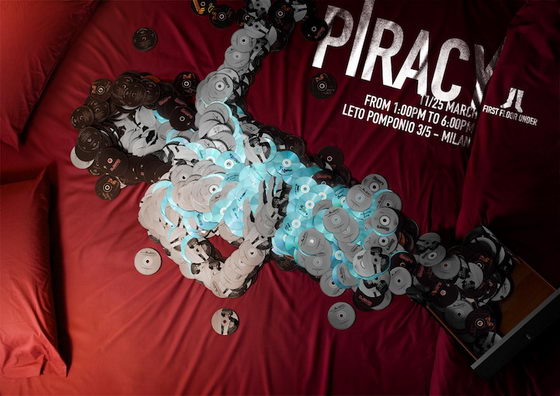 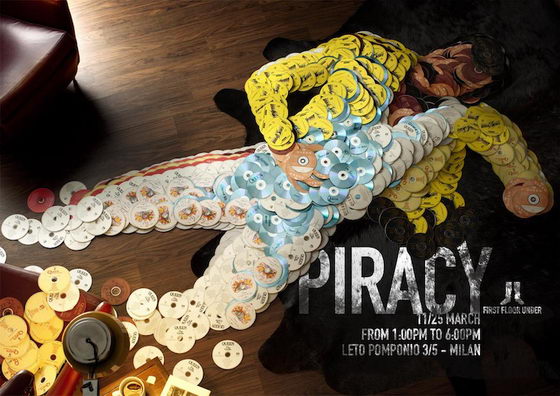 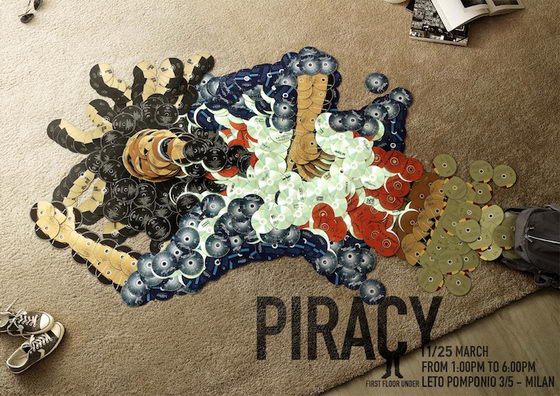 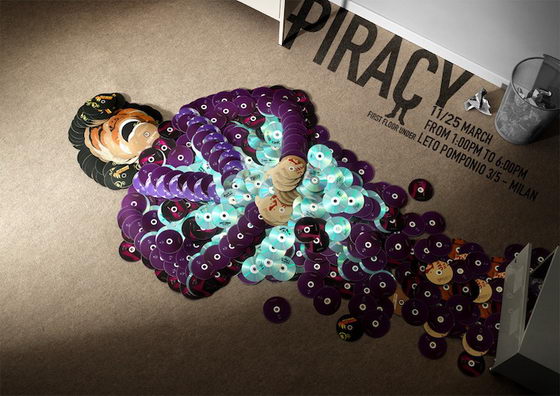