SFR(Solar Floating Resort) designed by Michele Puzzolante is a unique hospitality concept, part habitation, part yacht and part submarine, totally self-sufficient energy generator, non-polluting and in unison with its natural surroundings. SFR has been designed like a luxury yacht and a luxury hotel suite, with a fully submerged observation bulb because the majority of people are fascinated by watching and photographing exotic fishes, dolphins, sharks and marine turtle. SFR sleeps six with a premium on privacy. The design calls for two single and two double bedrooms, each with private a bathroom. A large kitchen, a dining area, a lounge area and a pilot room complete the 110 m2 interior layout, treated in the purest Italian style. Outside, the teak deck is set up with a large semicircular lounge/dining area, six individual day beds and a six places Jacuzzi. While the most distinctive feature is its fully submerged observation bulb. It’s big enough for six armchairs and it’s built like a tourist submarine with a thick glass enclosure that provides a 360 degrees view. Really nice design, will be loved in the place like Hawaii, Australia, Caribbean. 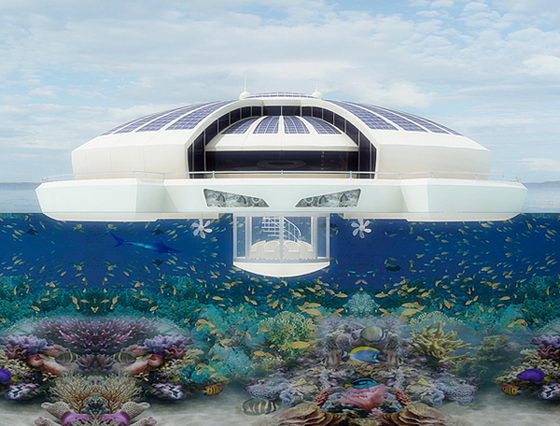 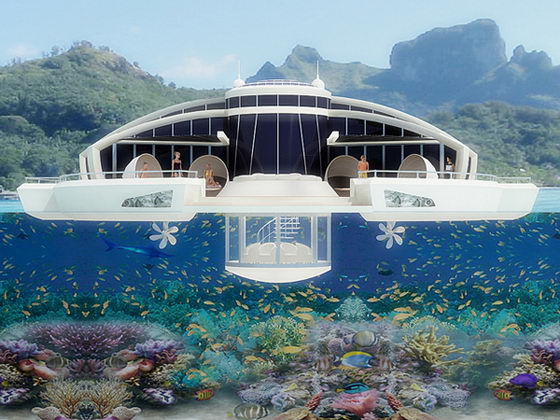 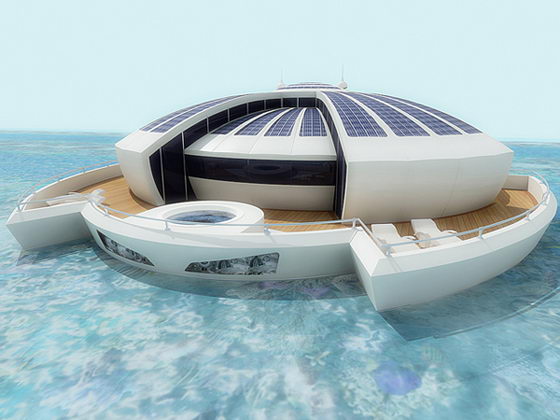 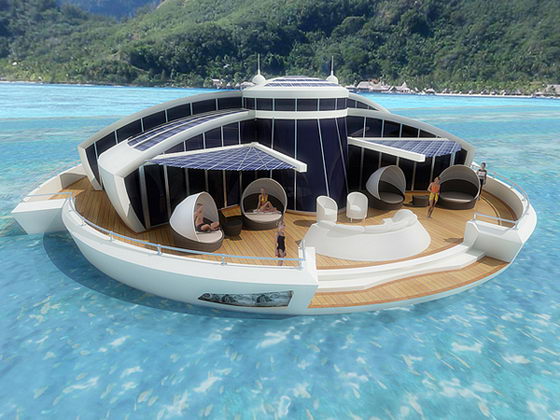 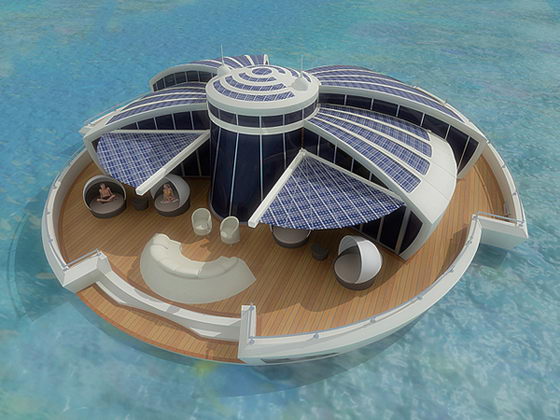 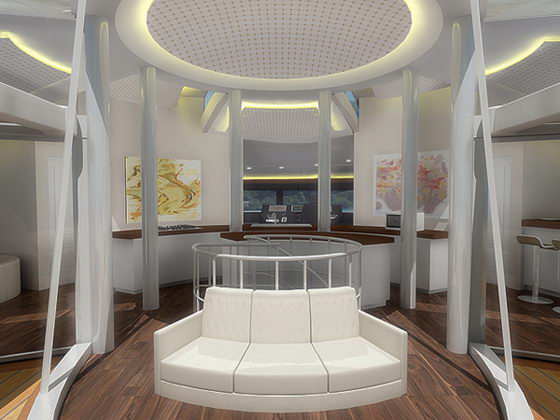 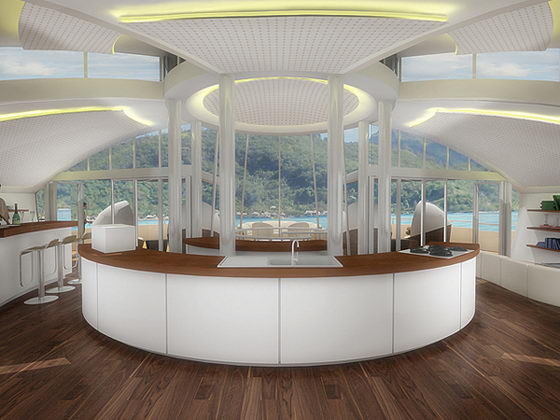 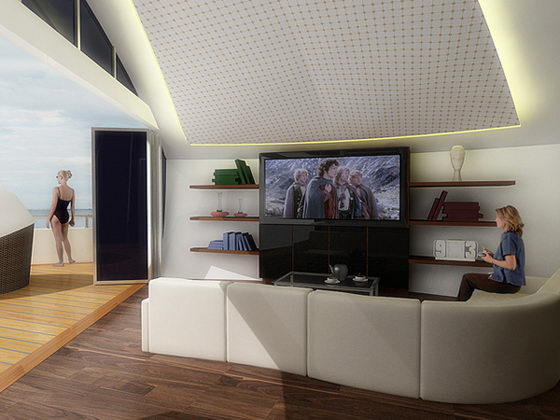 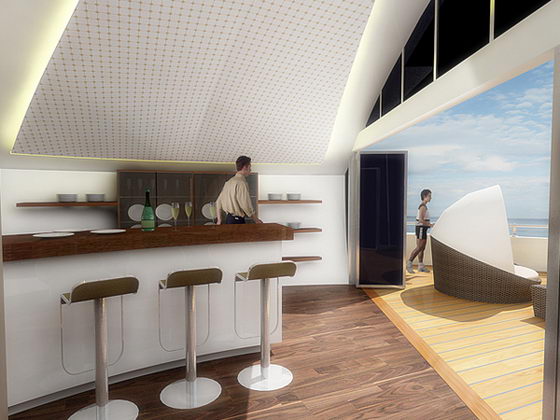 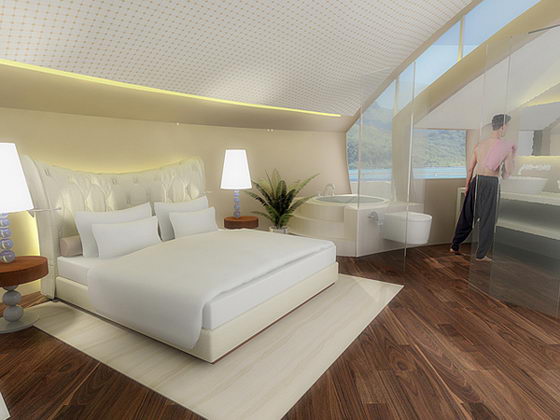 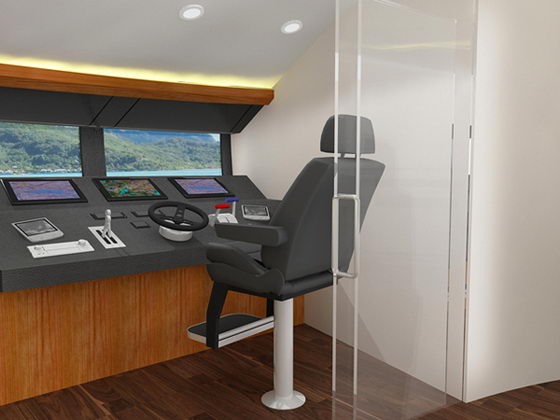 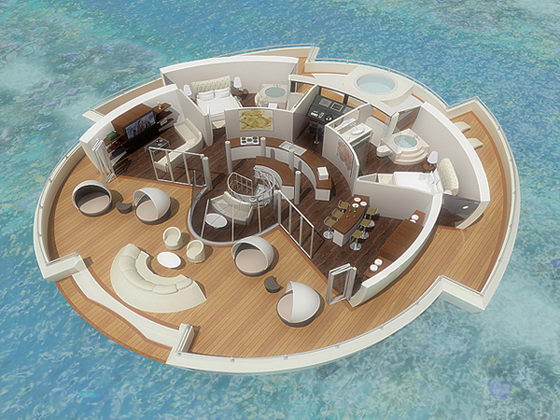 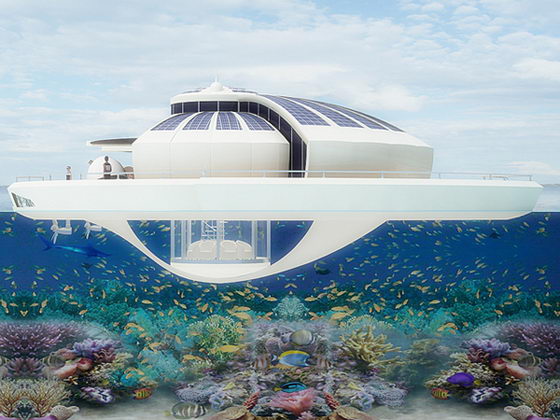