You don’t need to hire a professional electrician to install a ceiling fan, as long as you already have electrical wiring running to the location where you plan to hang the fan. Swapping out a light fixture or an existing ceiling fan for a new one is relatively straightforward if you’re moderately handy. Follow these steps to make it happen.

Cut Power to the Circuit

Before you begin your ceiling fan installation, go to the breaker box and turn off the power to the circuit you’ll be working on. Use a voltage tester to make sure the power is off in the room where you’ll be working. Turn the power off at the light switch too.

Removing an old ceiling fan is similar, but you’ll probably want to remove the light bulbs and light covers as well as the fan blades before you begin disconnecting the motor housing. Once you’ve removed the light fixture and blades from the fan, remove the screws holding the fan canopy to the ceiling mounting bracket. Then you can detach the mounting bracket from the electrical box in the ceiling. 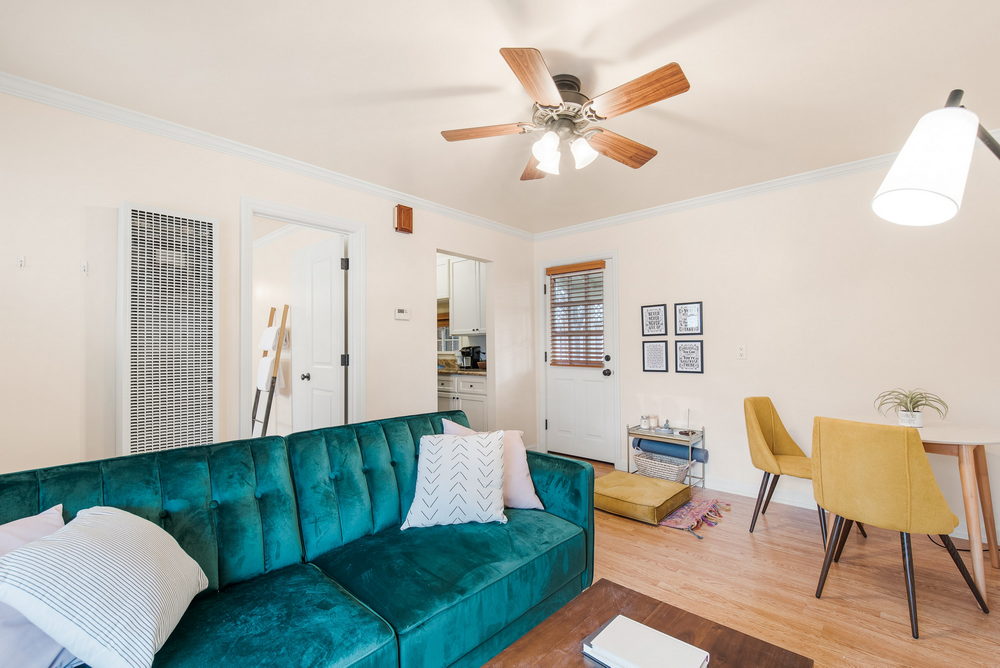 Assemble the Fan Motor and Downrod

Your fan motor and downrod will need to be assembled according to the instructions that come with your fan. It’s easiest to do this on the floor. Make sure you thread the electrical wires from the fan motor up through the downrod before you attach the downrod to the motor housing, and through the canopy too. 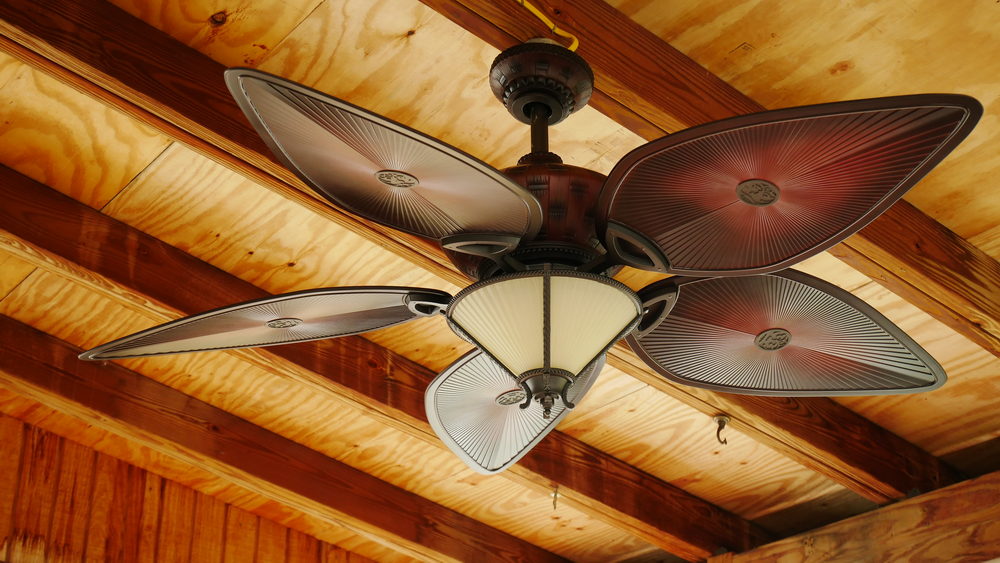 Wire and Mount the Fan Motor

There should be a hook on your fan motor assembly that will allow you to hang it from the ceiling mounting bracket while you connect the wiring, but if there isn’t, you will need someone’s help to hold it in place while you create the wiring connections. Strip the ends of the wire so that you have at least an inch or two of bare copper wire at the ends of each wire. Connect the black wire in your ceiling to the one in your fan, by twisting the bare copper ends together and securing with a wire nut. Repeat the process with the white wires. Connect the bare or green ground wire in the fan with the same one coming out of the ceiling, and to the ground screw in the electrical box. Secure the ends with a wire nut. Attach the fan motor to the ceiling mounting bracket and screw the canopy into place over the bracket.

Secure the Fan Blades to the Motor Housing

If your fan has a light fixture, you should connect it last. Some fan light fixtures will just plug in, while others will have to be wired up. Use the same wiring guidelines you used to wire up the fan motor: black to black, white to white, and green or bare to green or bare. Follow the instructions that came with your fan to attach the light fixture, then add bulbs and attach the bulb covers. Now your new fan is ready to use!

Stone Benchtop: The Perfect Addition to Your Kitchen

Qualities to Look For in a Gardener

Understanding the 5 R’s of Zero Waste