“Shadow of Knives“, an incredible series of carved silhouette sculptures created by Beijing-based artist Li Hongbo who intricate, precisely cut animals, humans, and skeletons rise from knives like shadows, leaving behind corresponding negative spaces in the blades. With the delicate appearance of the silhouettes belying the cold, hard metal from which they were carved, the sculptures contrast paper-thin fragility with razor-sharp toughness. The idea behind this series is to warn “human beings will eventually destroy themselves because of their gluttony and their abuse of animals.” 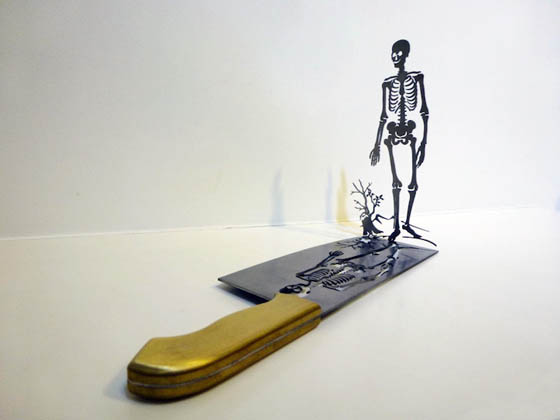 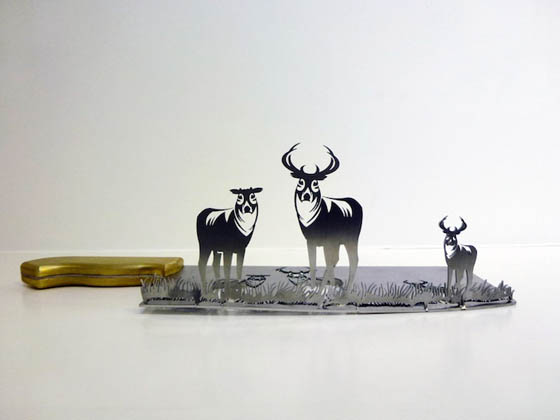 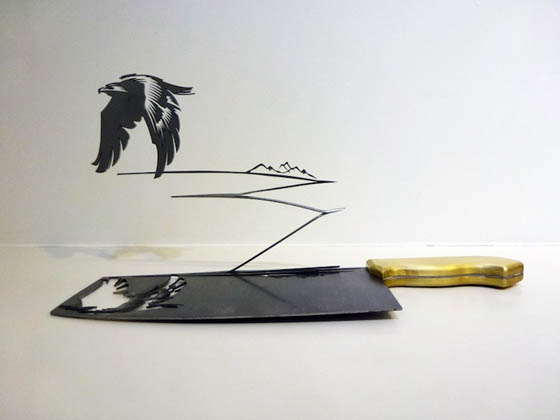 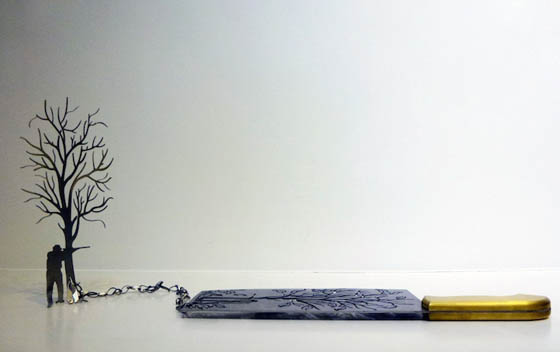 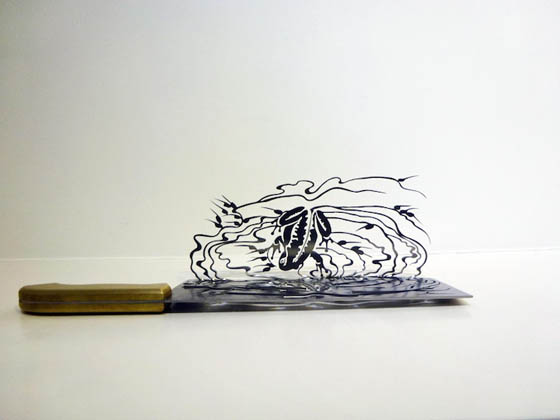 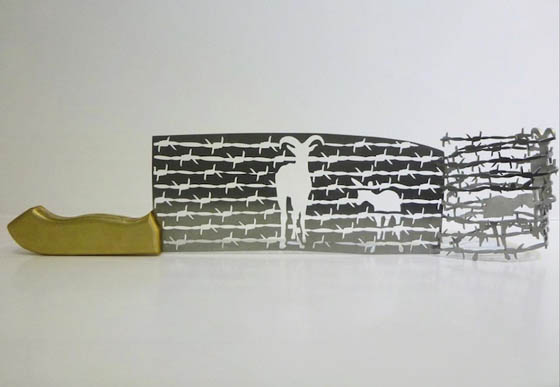 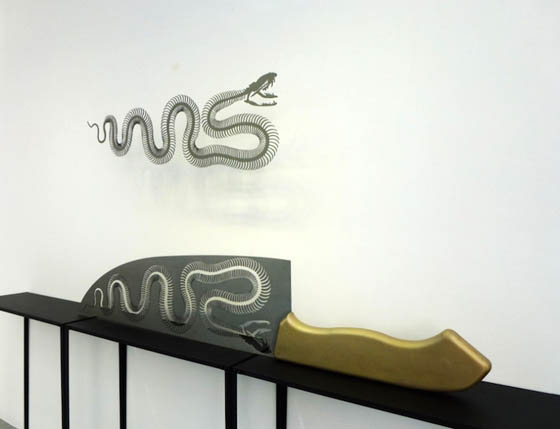 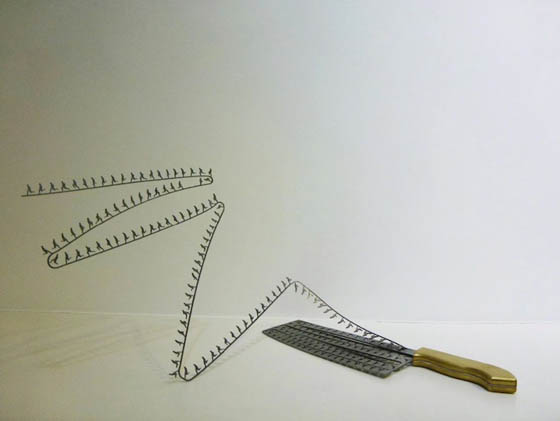 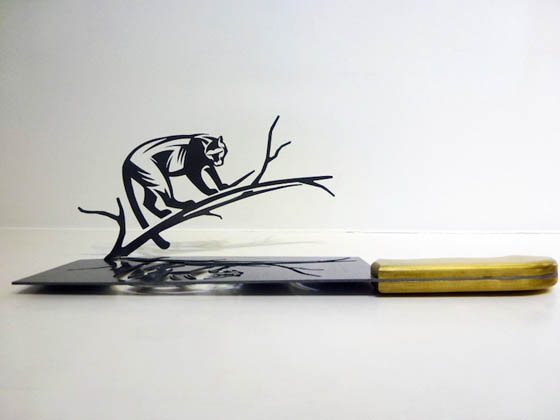 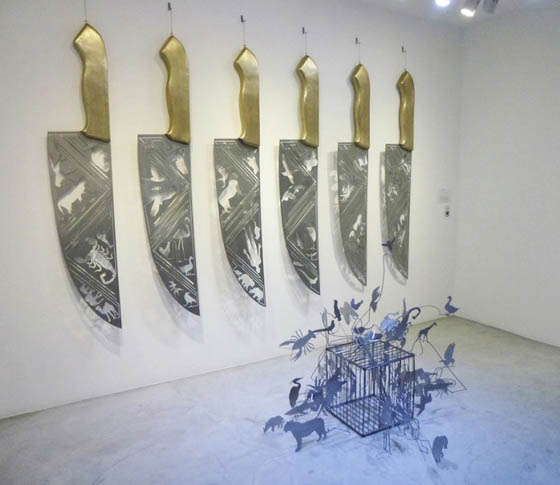