Many of us treat pet like a family and you can imagine how sad we are if a family member passes away. People do many things to memorize their pets. However, 75-year-old Richard Saunders took it to a whole new level. The artist decided to express love for his cat, who died 5 years ago, by creating extremely surprising surreal images.

“The Topiary Cat” is the project that Richard photoshop giant bushes in the shape of his adorable cat Tolly and plant in real surroundings. Richard has been a surrealist painter since he was a teenager and learned to use Photoshop over two decades ago in his job as an advertising Creative Director.

Richard’s work is so realistic and he even put himself in the photo. Honestly, when I first saw the picture that Richard trimming the topiary, I actually believe that is a real topiary. 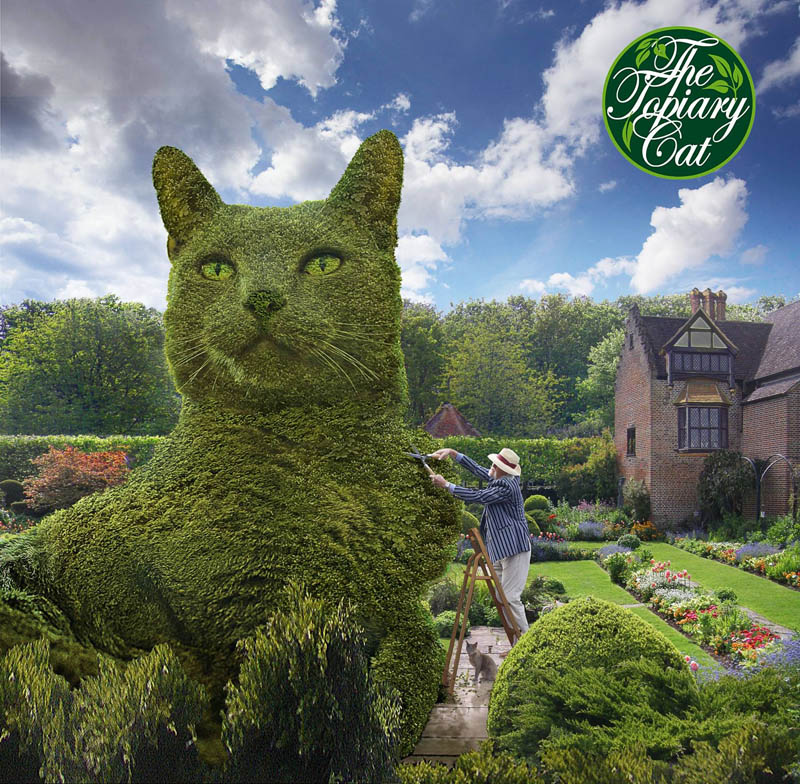 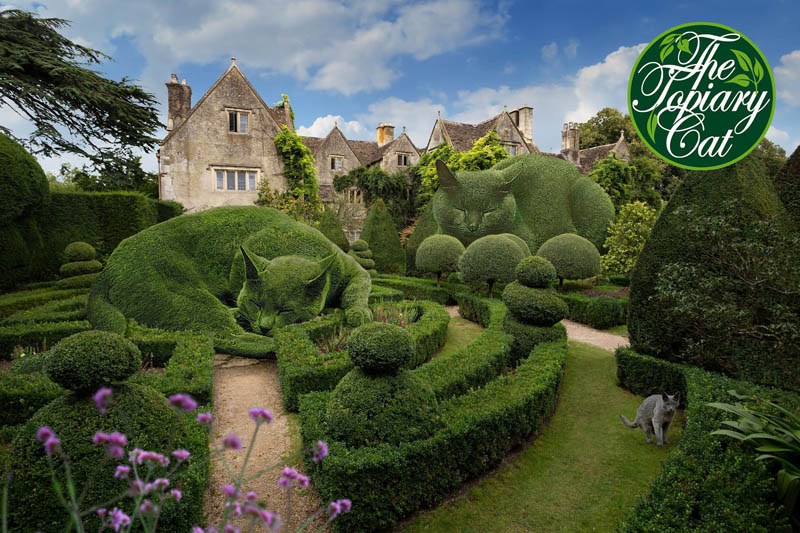 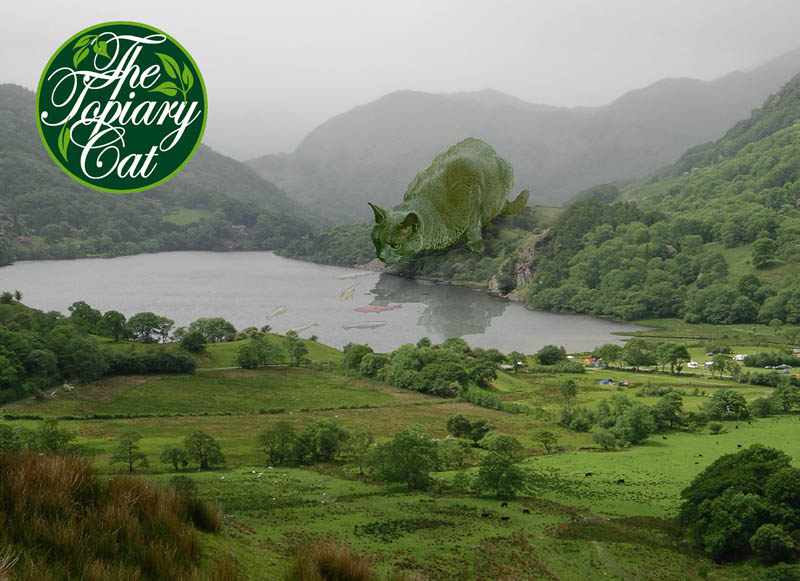 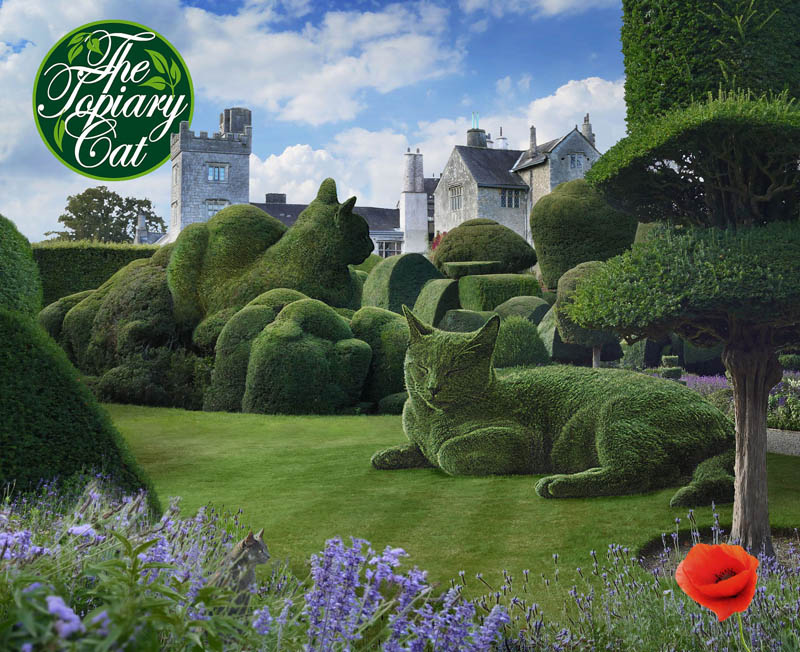 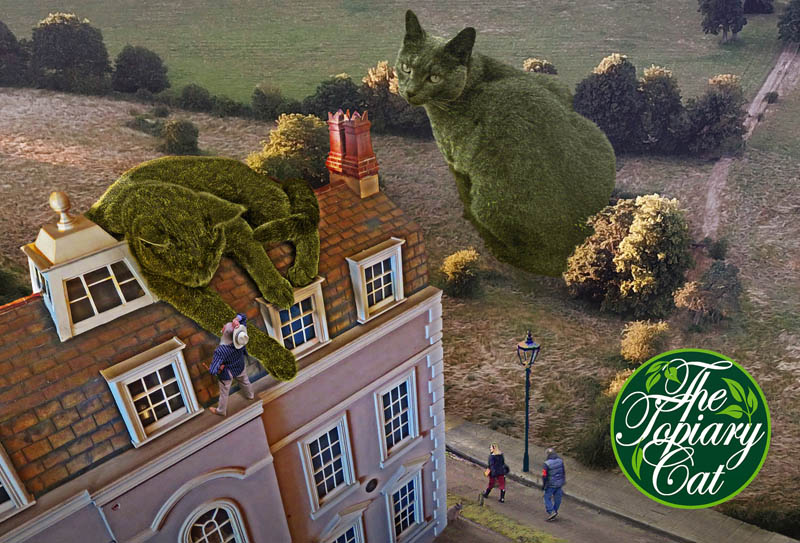 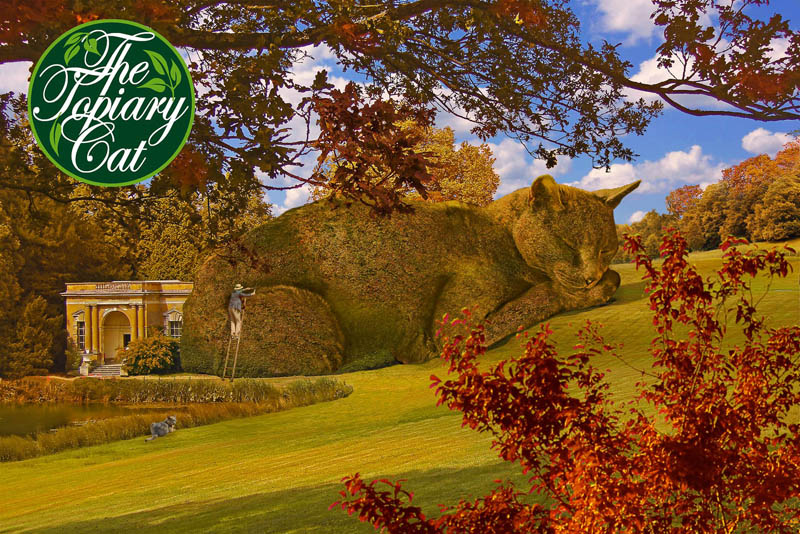 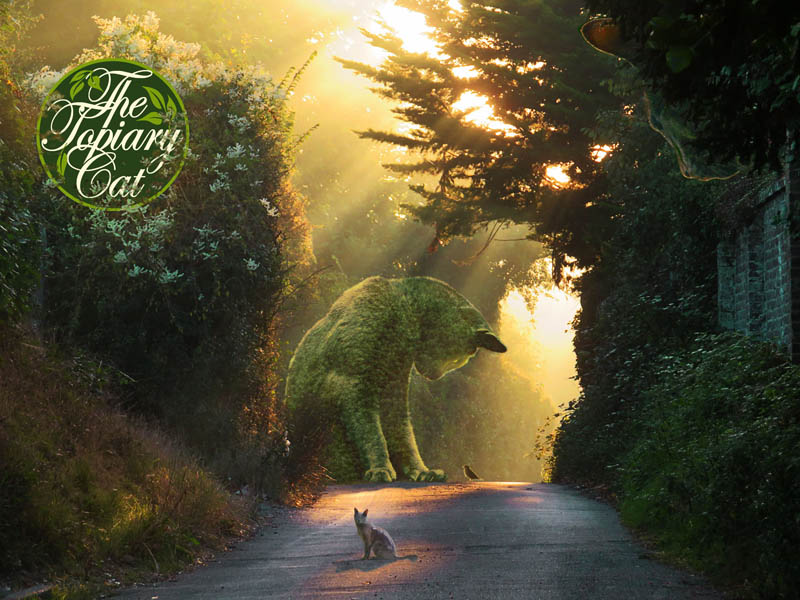 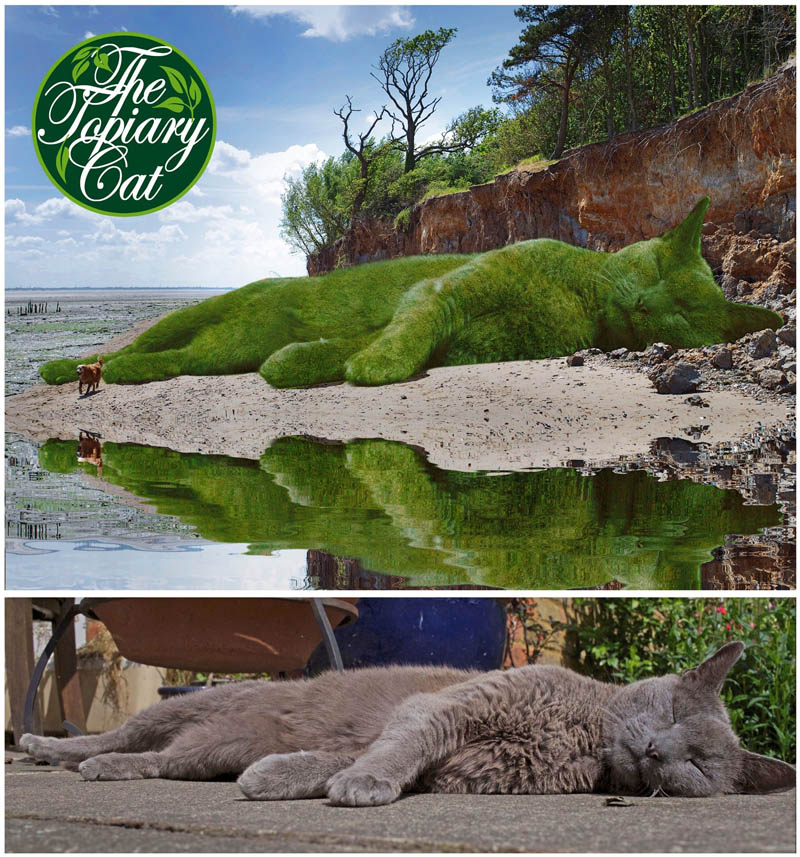 “Initially I created these images just for fun. I had taken a photograph, in the grounds of a historic house, of a huge cloud topiary. And it occurred to me that I could fairly easily photograph Tolly in a position to match the shape of the bushes.”

After Tolly died in 2016, Richard was too upset to consider continuing with The Topiary Cat. But his 40,000 followers on Facebook persuaded him to carry on. Richard believes that it helps them when their own furry companions pass on. 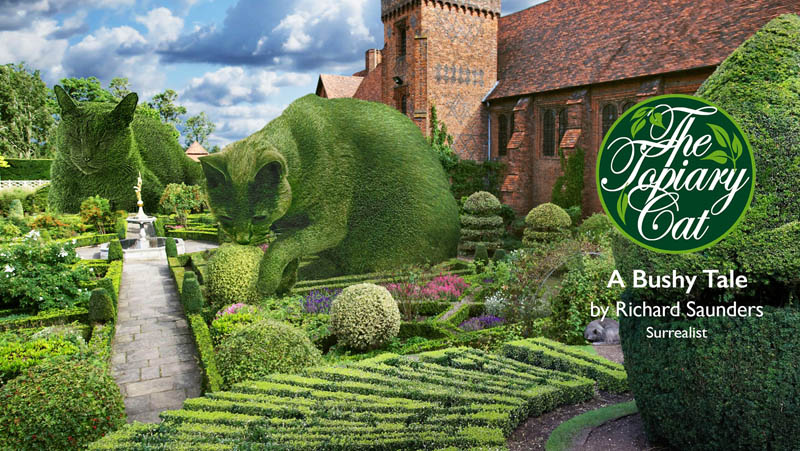 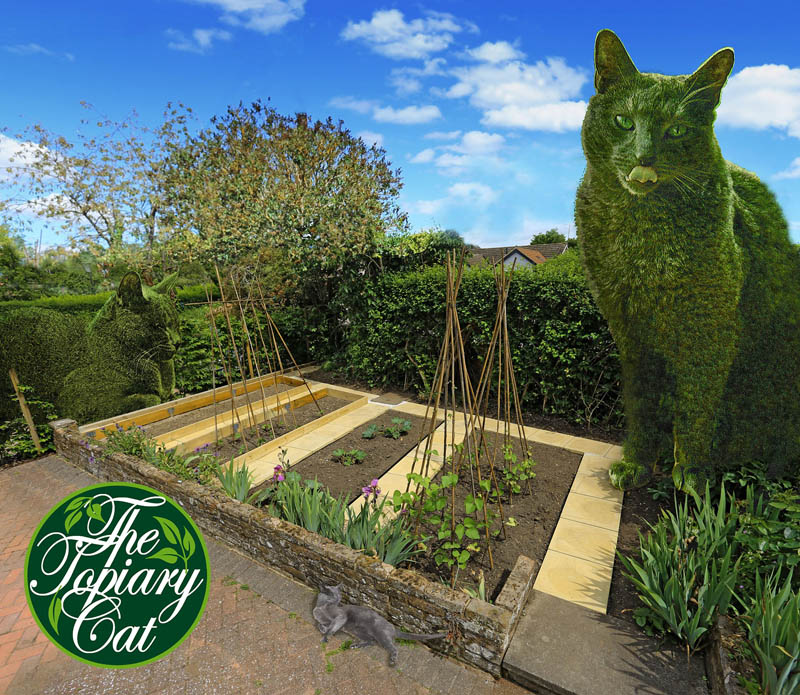 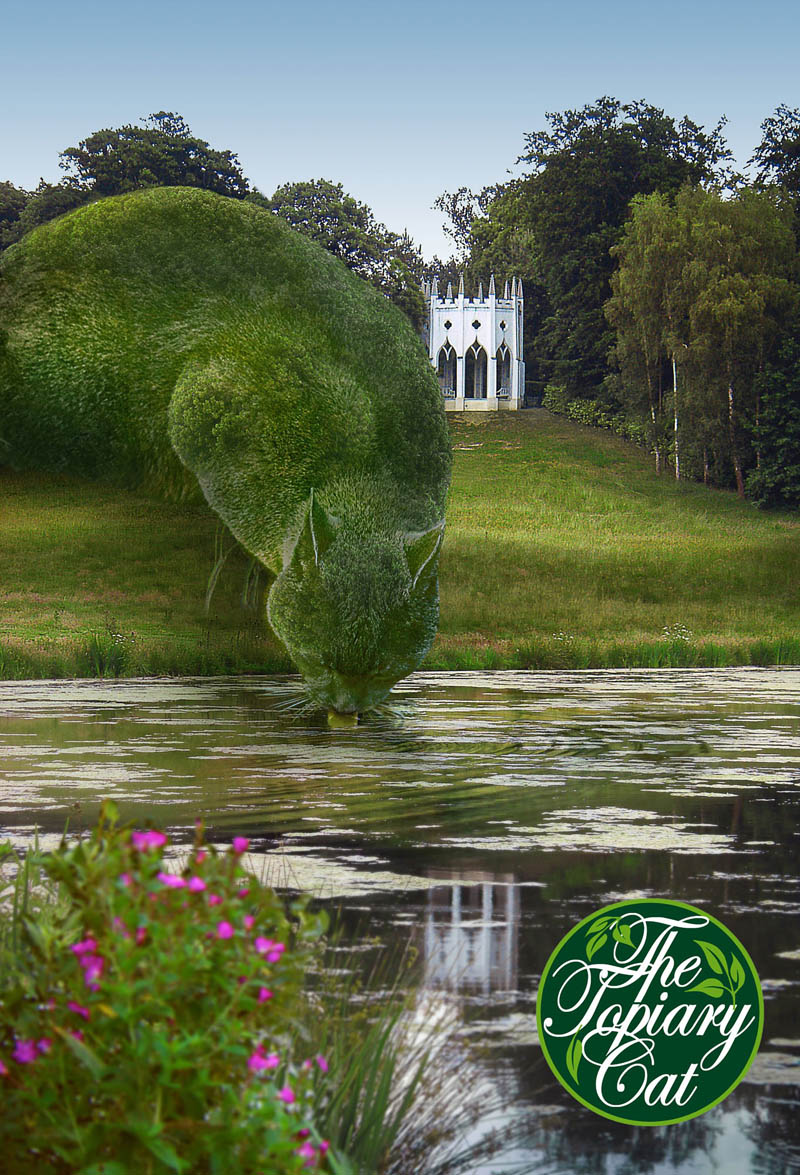 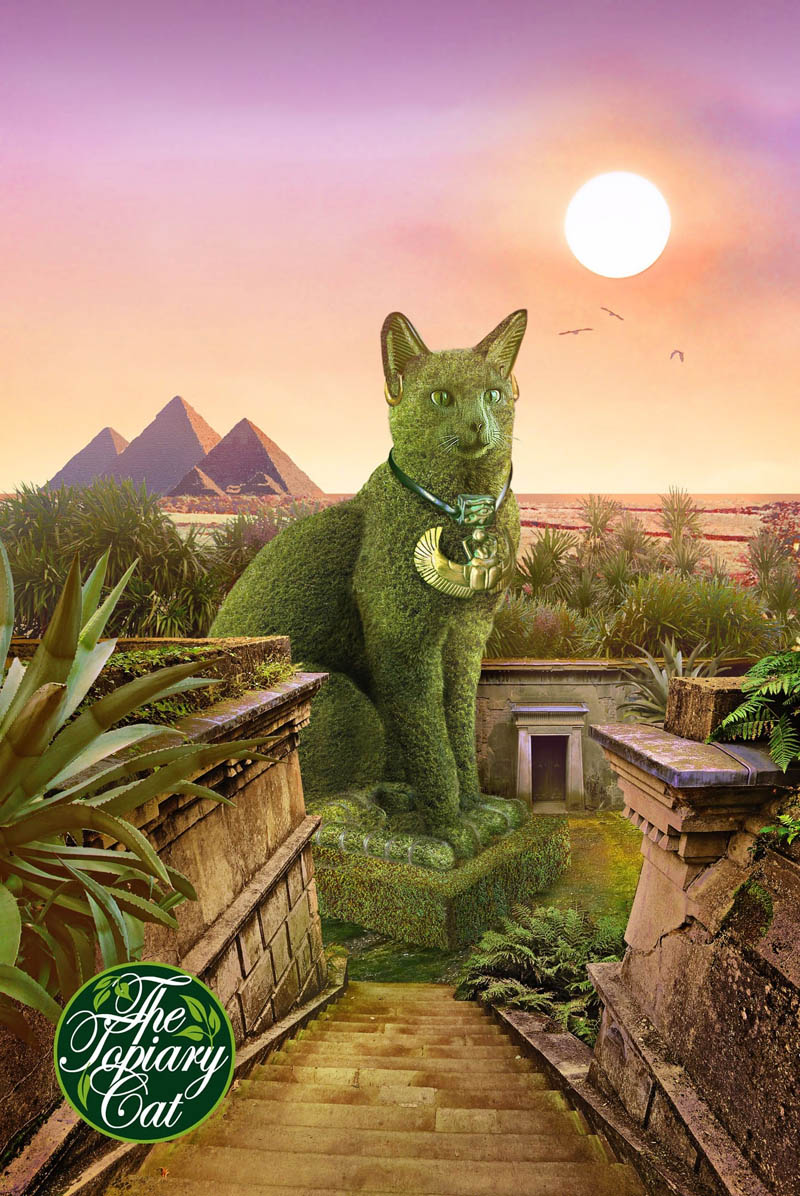 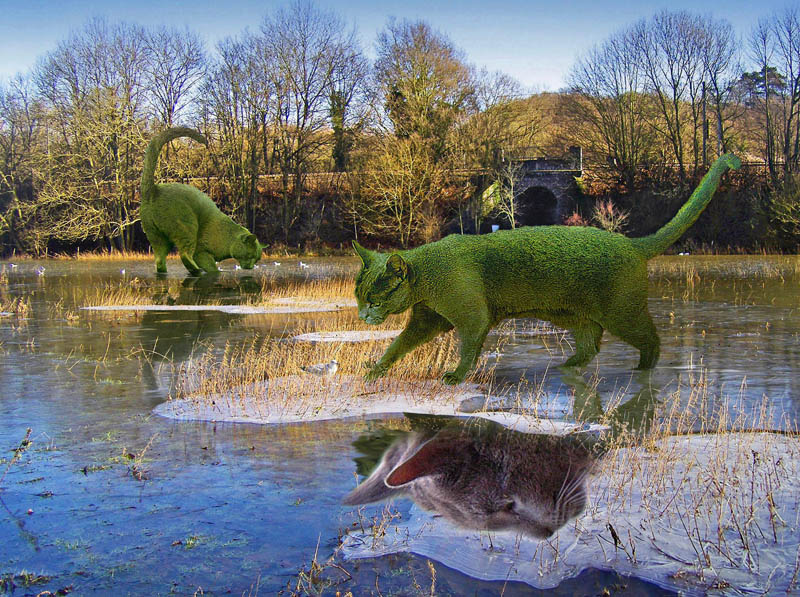 How to use the Oil paints the right way

Adorable Crafted Mug With Tiny Animals ‘Living’ In Them