Matryoshka was born in Moscow, moved to Sergiev Posad and spread throughout Russia, changing its appearance, each author brings something of his own to it

Born in Moscow and immediately moving to Sergiev Posad, the matryoshka a couple of decades later began a journey across Russia. Sergiev’s toy was actively bought at fairs for children to play. Sometimes this funny, interesting and beautiful toy fell to the master in the other direction and inspired him to create something of his own.

This was the case, for example, with the Merinovskaya nesting doll, which was later transformed into Semyonovskaya. The Sergievskaya collapsible doll, bought at the Nizhny Novgorod fair, came to the village of Merinovo in the Nizhny Novgorod region. Local craftsmen Mayorovs and Vaginas made theirs after the model.

Gradually, the popularity of matryoshkas grew, the Nizhny Novgorod Territory was filled with bright, and in each district, its own nesting dolls. Styles have been developed, nesting dolls have become recognizable by their crafts. Now matryoshka dolls can be recognized by the characteristic features peculiar only to this place of production. 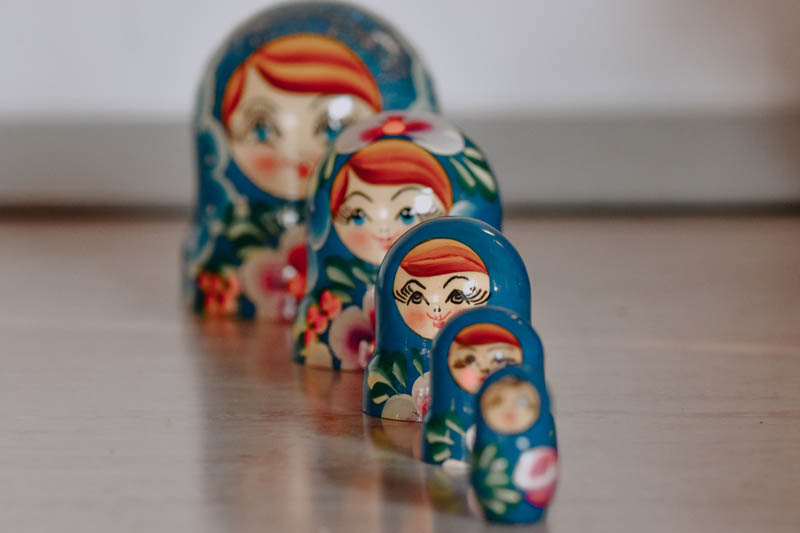 The main regions of production today are:

In addition, there are highly artistic and author’s nesting dolls. They have not become a separate craft, but they exist perfectly as a craft.

This species appeared first. In Sergiev Posad there was an article “Children’s education”, led by A. Mamontov. On the model of a Japanese doll, turner Vasily Zvezdochkin made his own model. It was painted by the artist Sergei Malyutin.

In the city of Sergiev Posad today there are three main factories for the production of matryoshka dolls and many small industries and free artists. 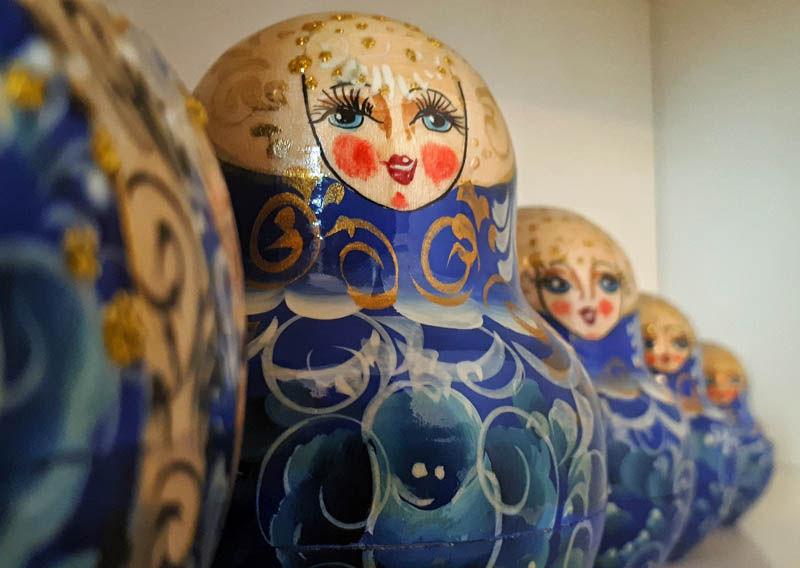 In the Polkhovsky Maidan, matryoshka dolls have long been distinguished by their bright burgundy, purple, red and green colors. They are characterized by outlining the details of the drawing and painting with aniline paints. The main distinguishing feature of these dolls is the red rosehip flower on the apron.

The Semyonovskiy nesting dolls acquired their characteristic appearance due to the combination of the painting styles of the Nizhny Novgorod region. The authorship belongs to the artists of the Semyonovsk factory.

In Gorodets, at a painting factory, matryoshka dolls are produced with a characteristic Gorodets painting.

Russian nesting dolls appeared in the Vyatka Territory around the 1930s. There were several centers where nesting dolls were made. One of the centers was located in the village of Vakhrino, not far from the regional center of Vyatka. There was just a turning production, they began to grind and paint nesting dolls.

Kirovskaya, Nolinskaya, Vyatskaya – these nesting dolls have a lovely smiling face. The hair is usually yellow or red, but it can be of a different color.

On the head is a scarf, on the apron there is a bouquet of bright flowers, reminiscent of other typical Nizhny Novgorod paintings. The bouquet contains roses, peonies, rose hips, forget-me-nots.

In the Vyatka Territory, they began to make extraordinary nesting dolls – with straws, which turned out to be unique, they are not made anywhere else, only at the factory in Nolinsk. 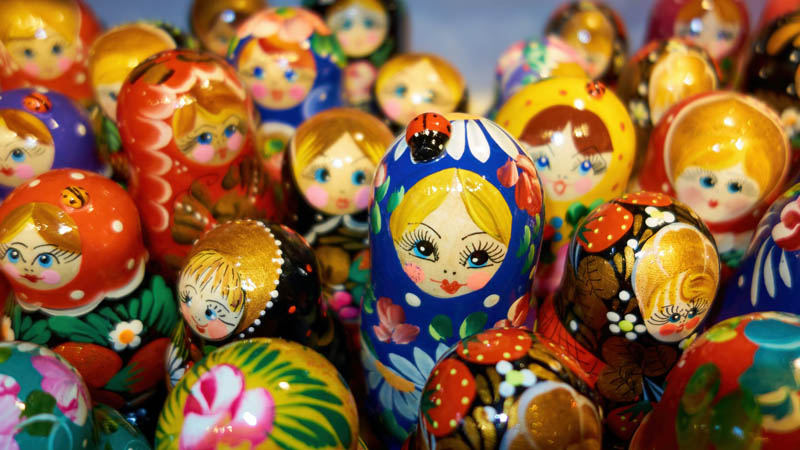 From the beginning of the existence of Russian nesting dolls, the author’s one has always been. It is known that Serov, Vasnetsov, Vrubel and other famous artists tried to paint them.

Everyone knows the surge in the production of parody nesting dolls in the 1990s, when nesting dolls with images of famous political leaders such as B.N. Yeltsin, M.S. Gorbachev, foreign presidents.

There are many artists who paint nesting dolls in their own author’s manner. Someone chooses a picturesque direction, nesting dolls are obtained at the levels of a serious work of art. Others have a popular style.

Modern Mansions: 6 of the Most Popular Home Styles and Corresponding Decor