Nobody welcomes plumbing issues, yet they’re a regular occurrence in houses all across the planet. Even though they are problems you cannot afford to ignore, people will often be hesitant in getting them fixed.

There are various reasons why this is the case. Some might hope that the issue will magically disappear, while others could be scared at how much it will cost to fix. As a result, people can either live with the issue or utilize their own DIY skills.

On some occasions, however, the problem can’t be left to fester. It’s also unwise for anyone that isn’t a professional to try and correct the issue. To know what to watch out for, here are four signs you need to call a plumber right now. 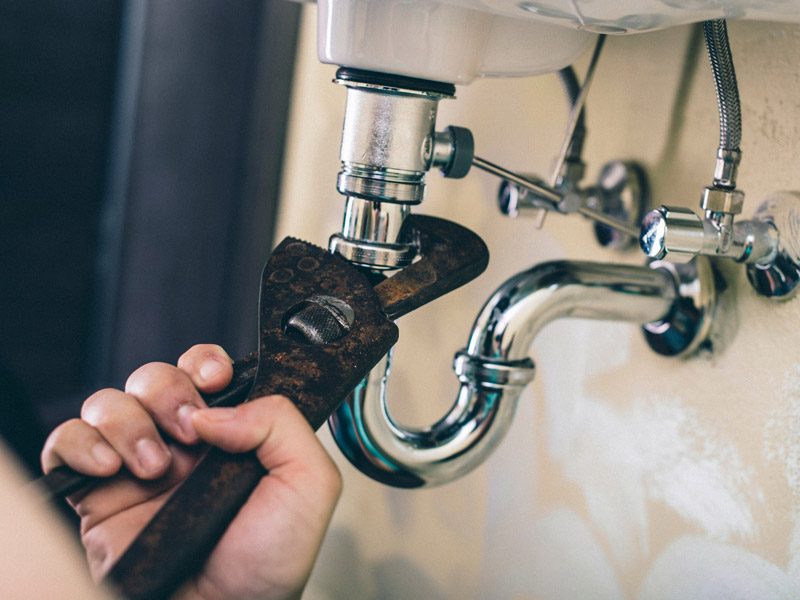 Do you have to spend twice as much time in the shower to wash your hair? Unless you’ve grown your hair out to an unfathomable length, this will generally be down to low water pressure.

In the winter, the cause of this could be due to a frozen pipe. Otherwise, it could be a pressured valve malfunction or a different serious problem. Avoid trying to fix any of these on your own – a plumber can usually do the job swiftly and efficiently.

The plunger is a magic tool to have in your arsenal, but it cannot fix everything. This is the case when your toilet suddenly stops flushing and no tips on the internet are working.

A flush issue could be down to a major clog which you can’t get at. There are also other reasons why a toilet won’t function as normal. A plumber will be able to identify the problem, rectify it, and you can sit proudly on your throne once again.

3. Water appears where it shouldn’t appear

Do you see water stains show up on your ceilings or walls? Are you noticing puddles around your toilet or water heater? If there’s no obvious reason why water appears where it shouldn’t be – such as an overflowing sink – get in touch with a plumber right away. If left, this could ultimately lead to extensive damage that could set you back four-figures or more.

Out of the five listed concerns, this is arguably the biggest, and you need to contact an emergency plumber ASAP. For instance, if you live in Perth, make sure you search for a 24-hour plumber Perth expert that has a strong reputation for solving major problems fast.

There’s a reason why your bathroom should never have a sewer-like smell. Mechanisms are used to keep them out and ensure your house isn’t populated by bad odors.

This means if you do start to get a whiff of an unpleasant smell that isn’t normally in the air, there could be a blockage or problem with your home’s sewer venting mechanism. This smell goes beyond being an inconvenience – it is a problem you need to have corrected before it has the chance to develop into a bigger concern.

Pies are Awesome and Baby Yoda Pie is Even Awesome