Prolific artist Kang Dong Hyun creates awe-inspiring figurative sculptures made out of metallic branches. The Korean artist creates animal-shaped, metal sculptures that look as though they are formed from delicate tree branches and twigs.

Instead of being sculpted and assembled with organic sources, Dong Hyun’s animal sculptures are made from industrial material, taking the appearance of metallic shrubbery. The ethereal works of three-dimensional art portray majestic animals such as deer, bulls or lions. The animal figures flow expressively off of their pedestals, the form of the metal appearing like complex branches or arteries. His animals are majestic and powerful animals that have been fused from countless metallic branches.

Elaborating his style and works, Kang explains that each of his sculptures examines the relationship of the animal species with their surroundings while also underlying the idea that “all life on Earth may lead to an invisible string.”

Scroll to see some of Hyun’s work below. For more of the artist’s finely articulated creatures, go to Instagram. 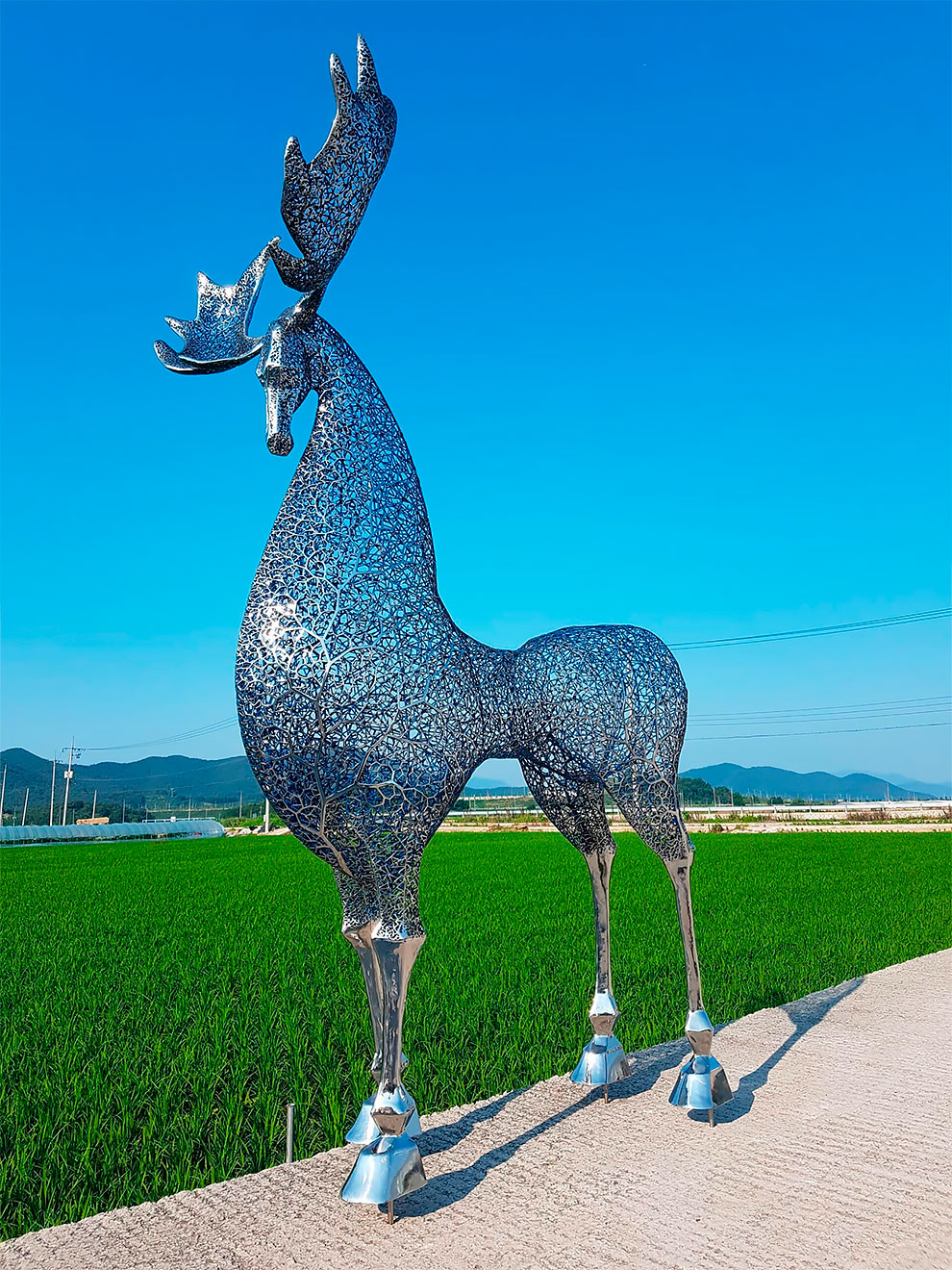 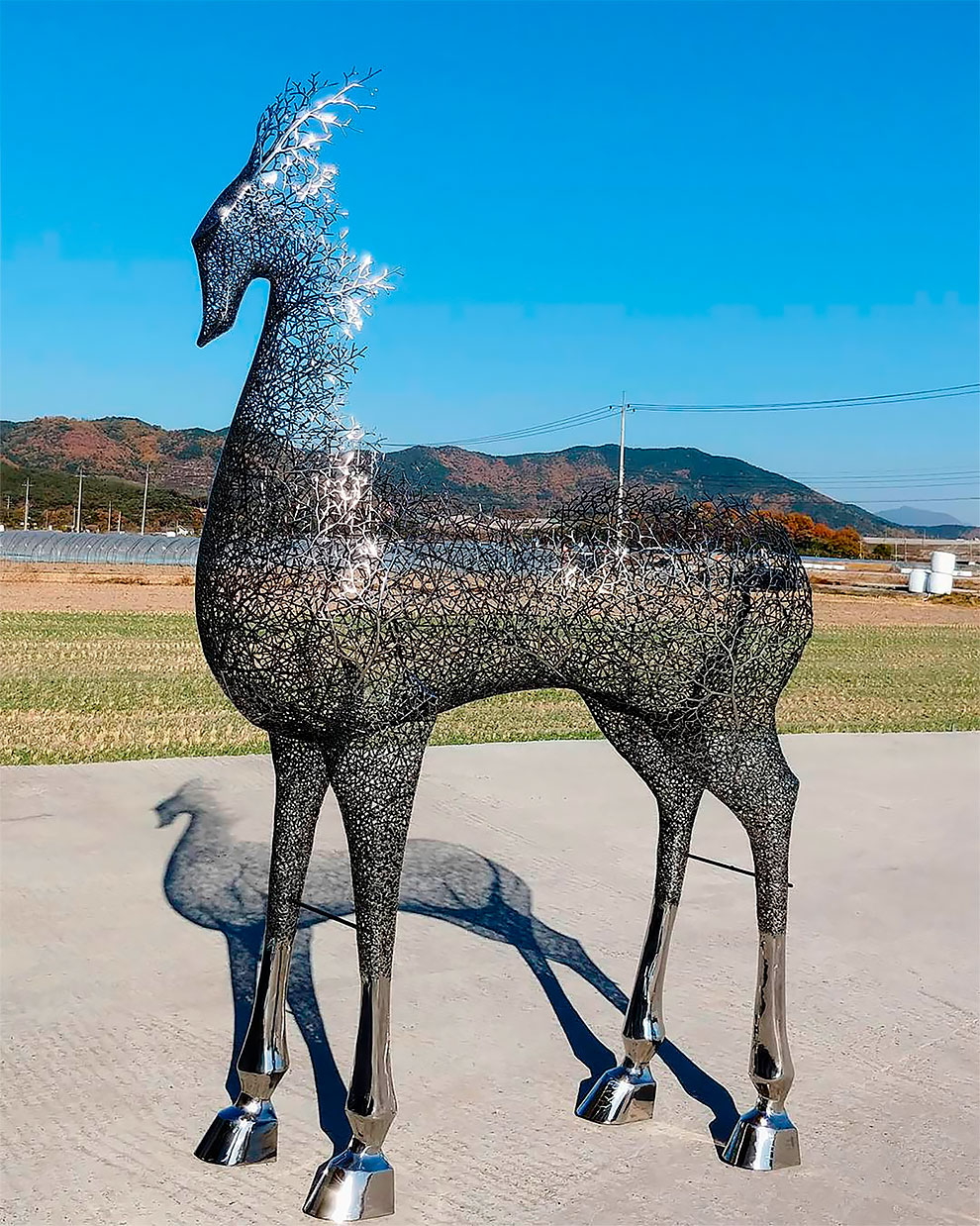 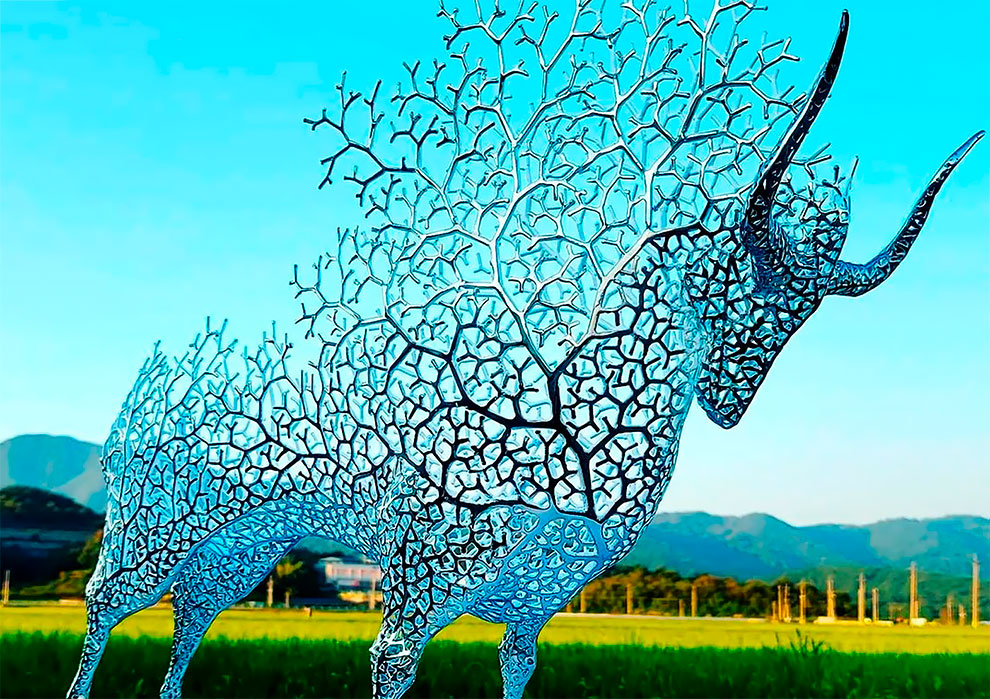 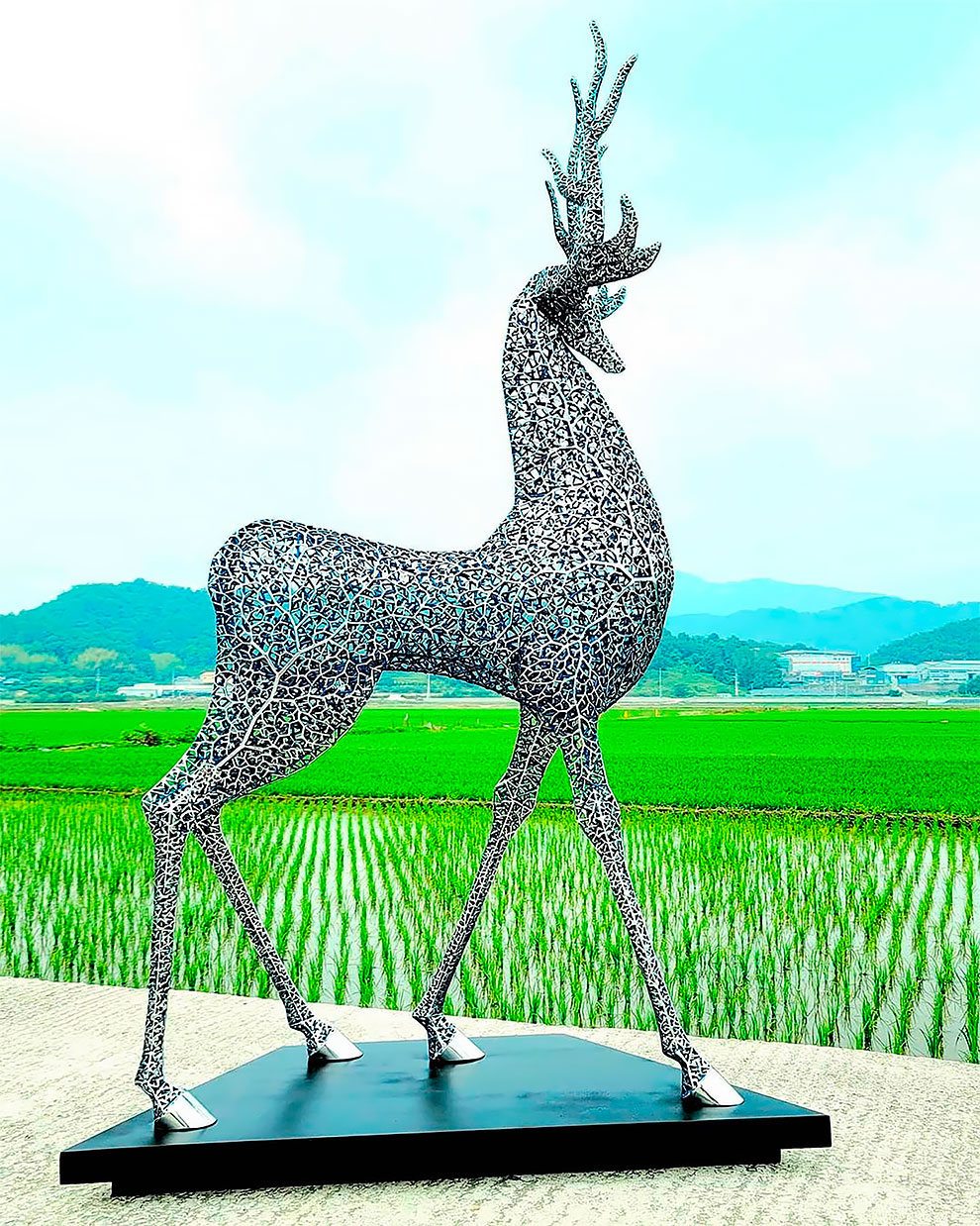 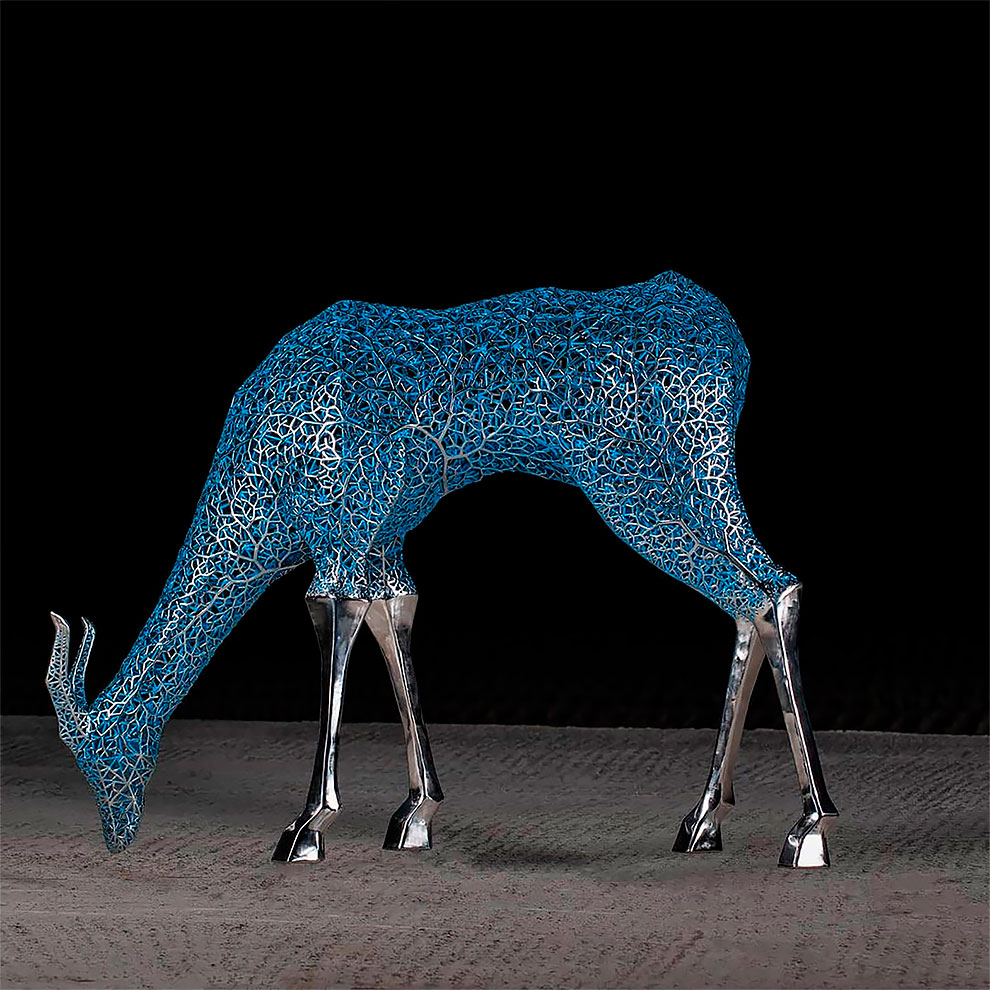 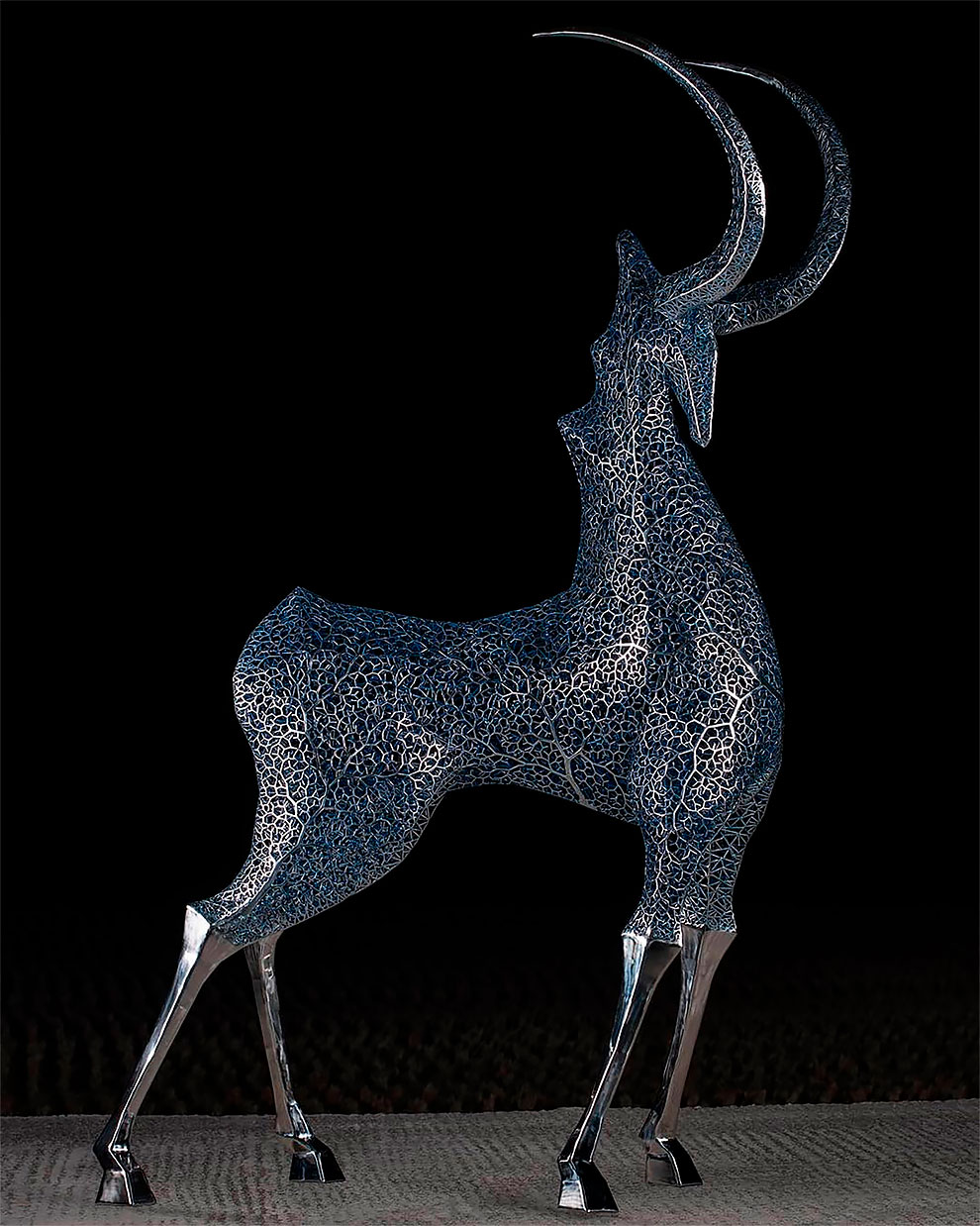 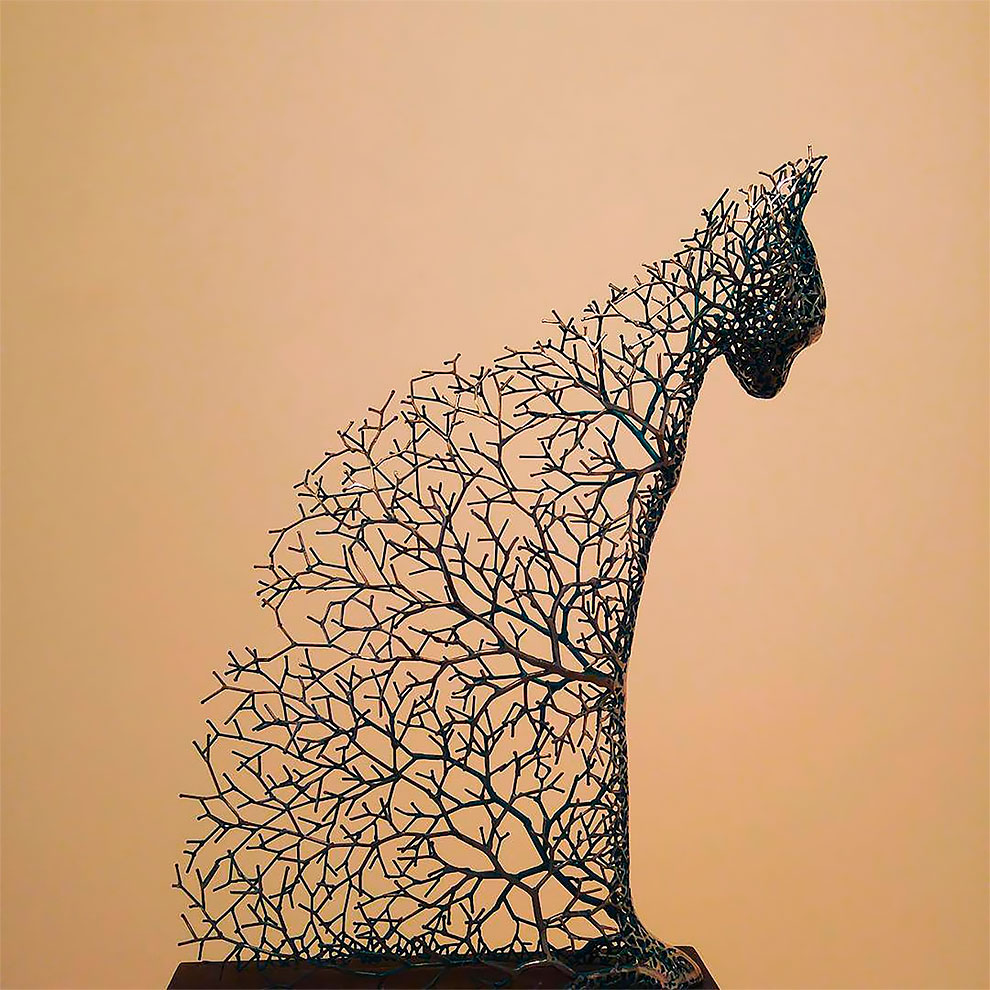 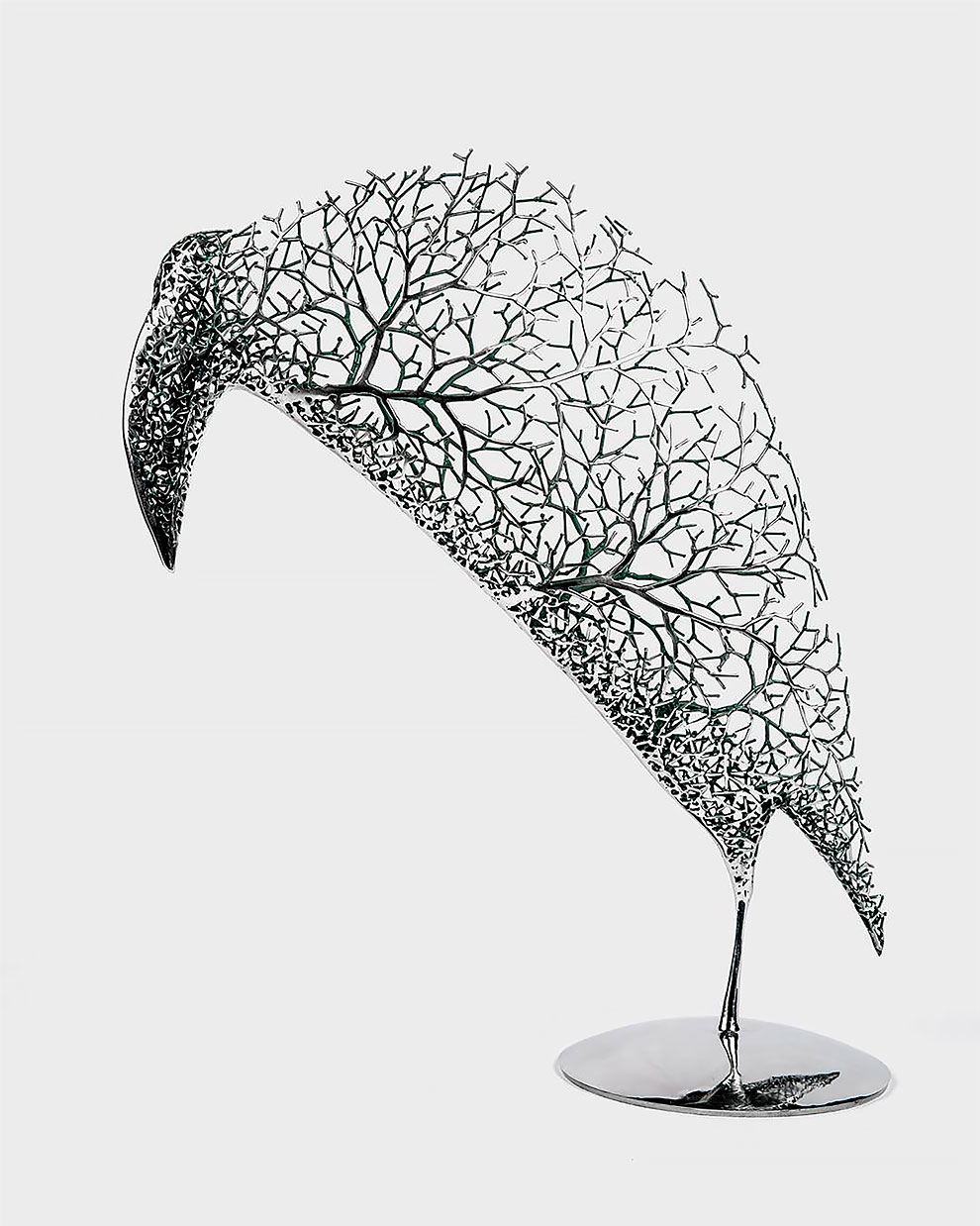 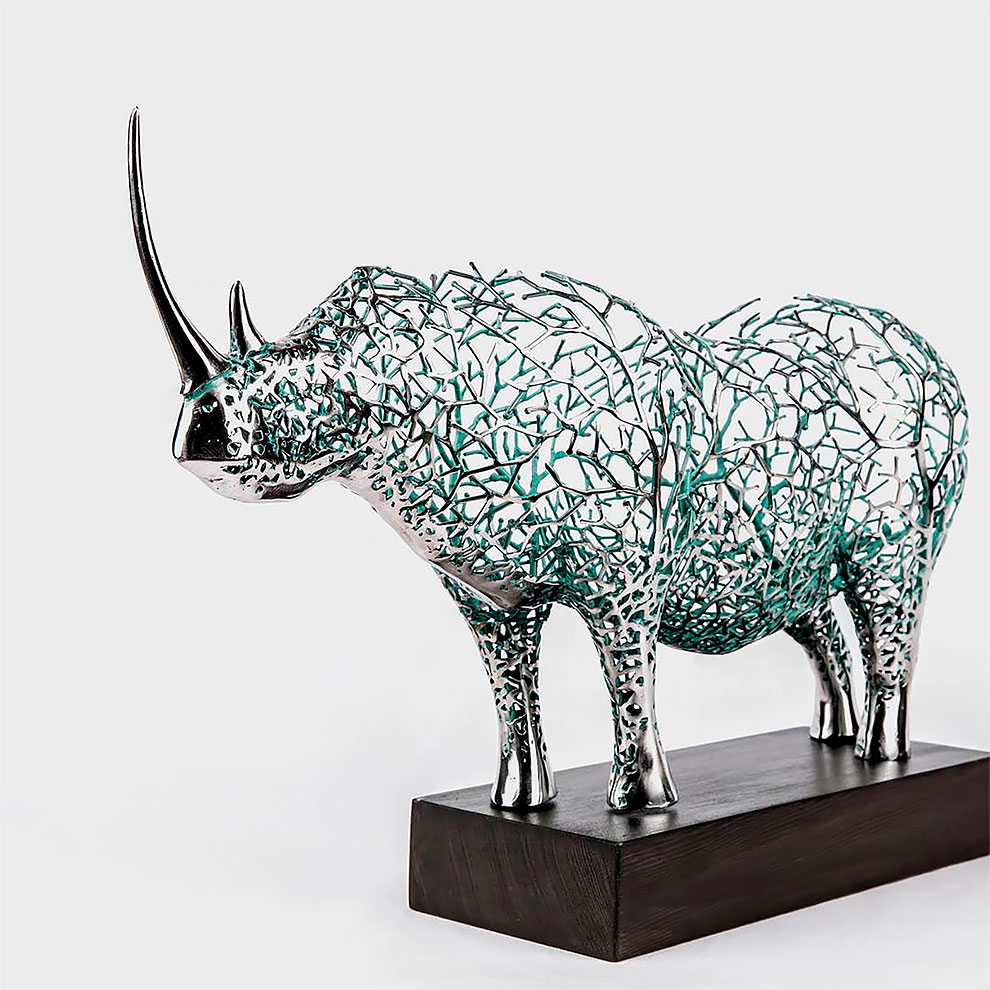 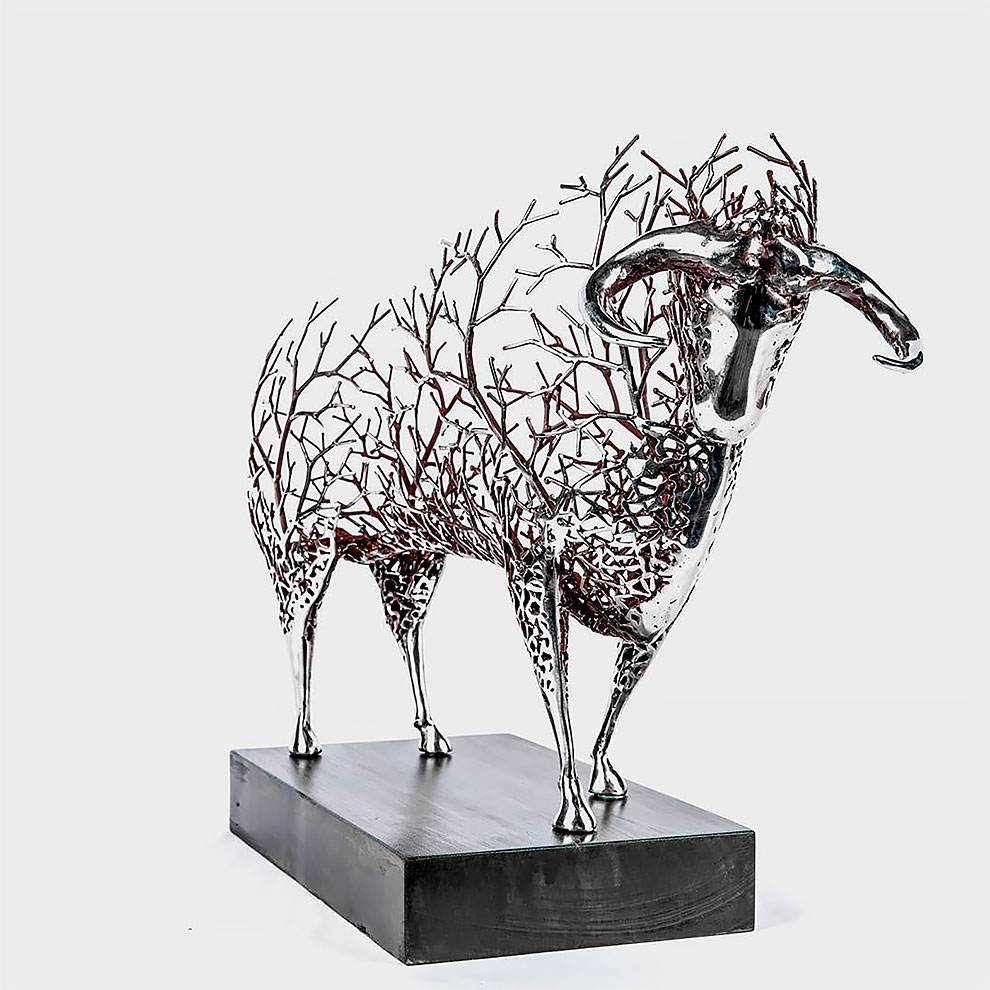 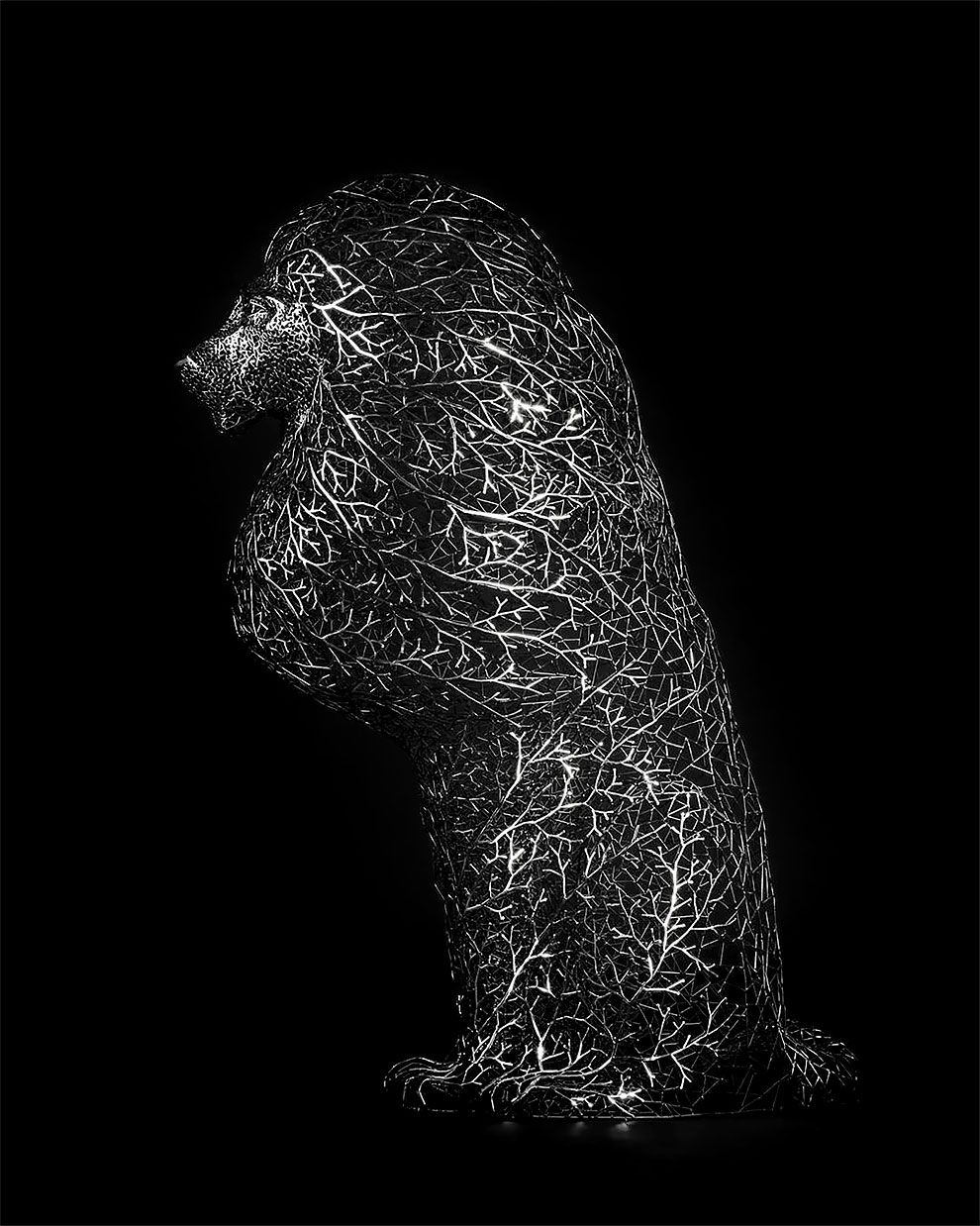 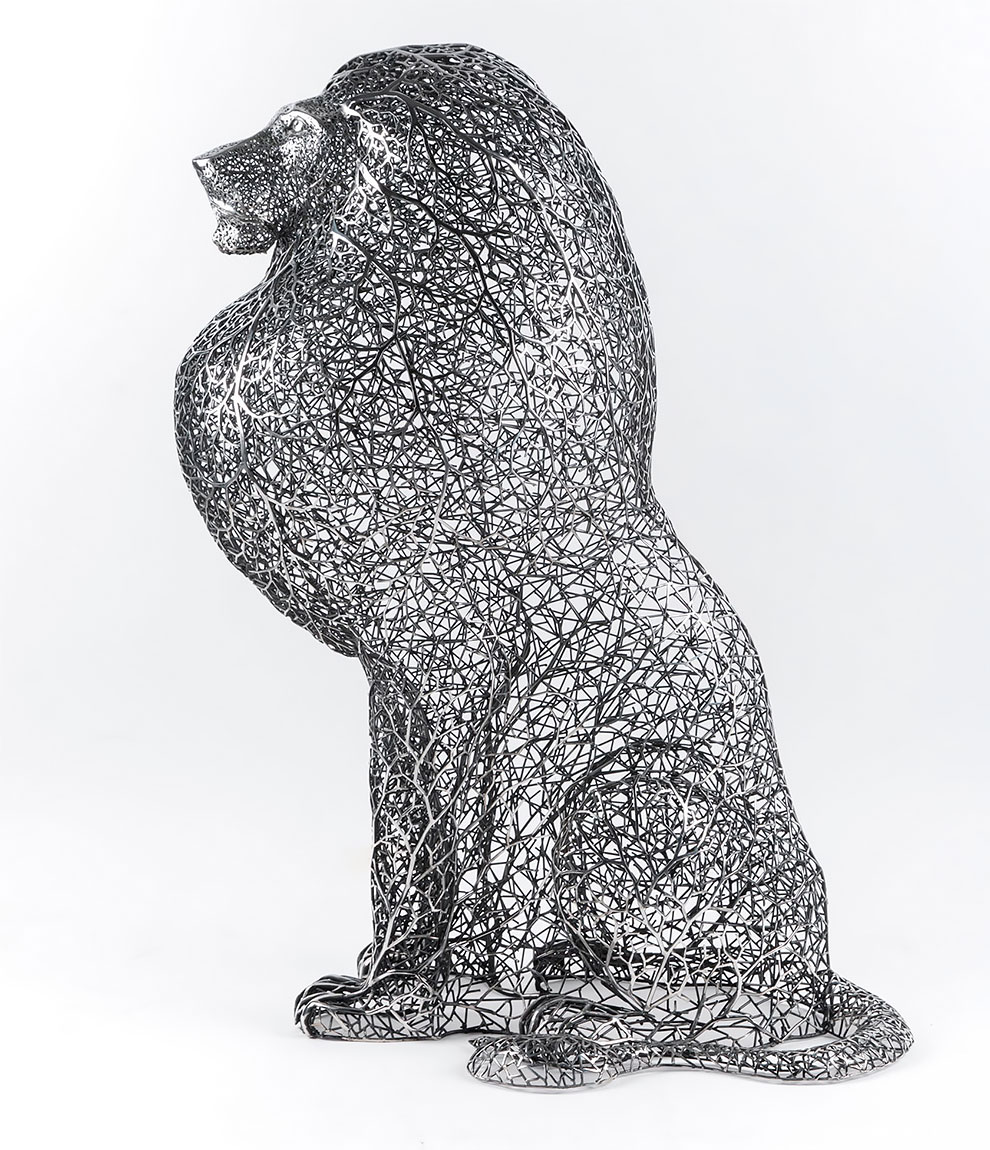 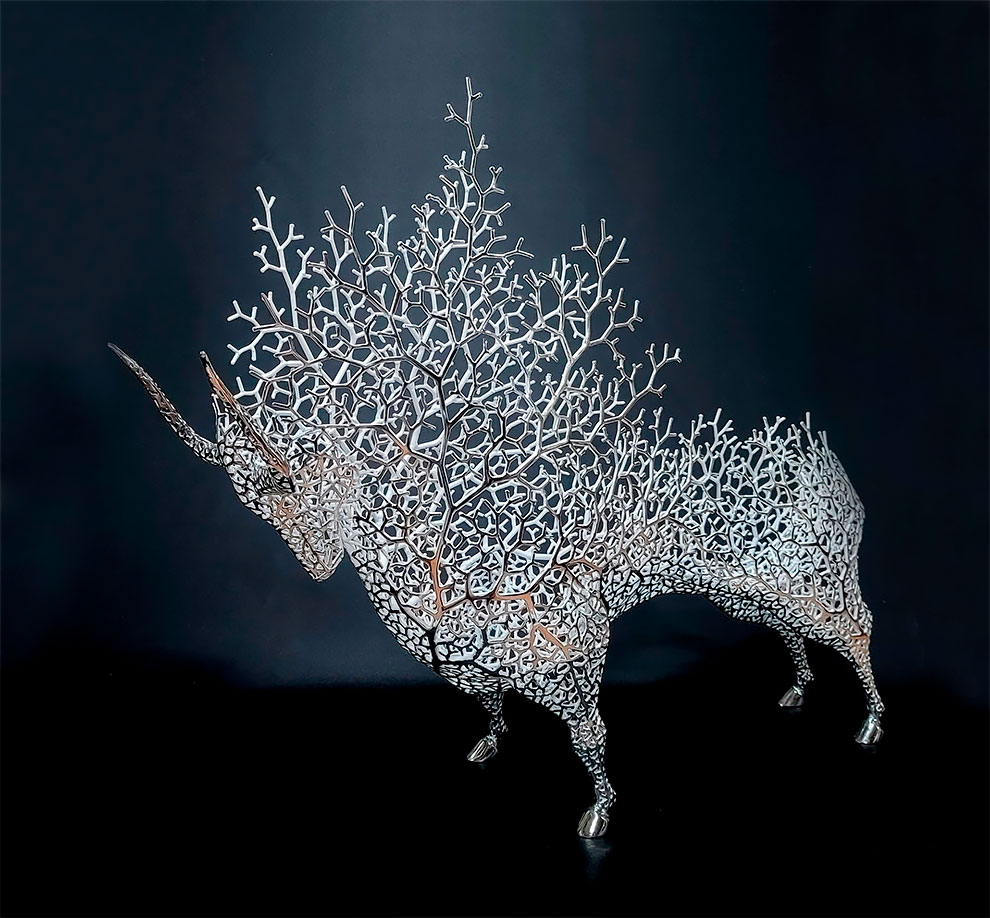 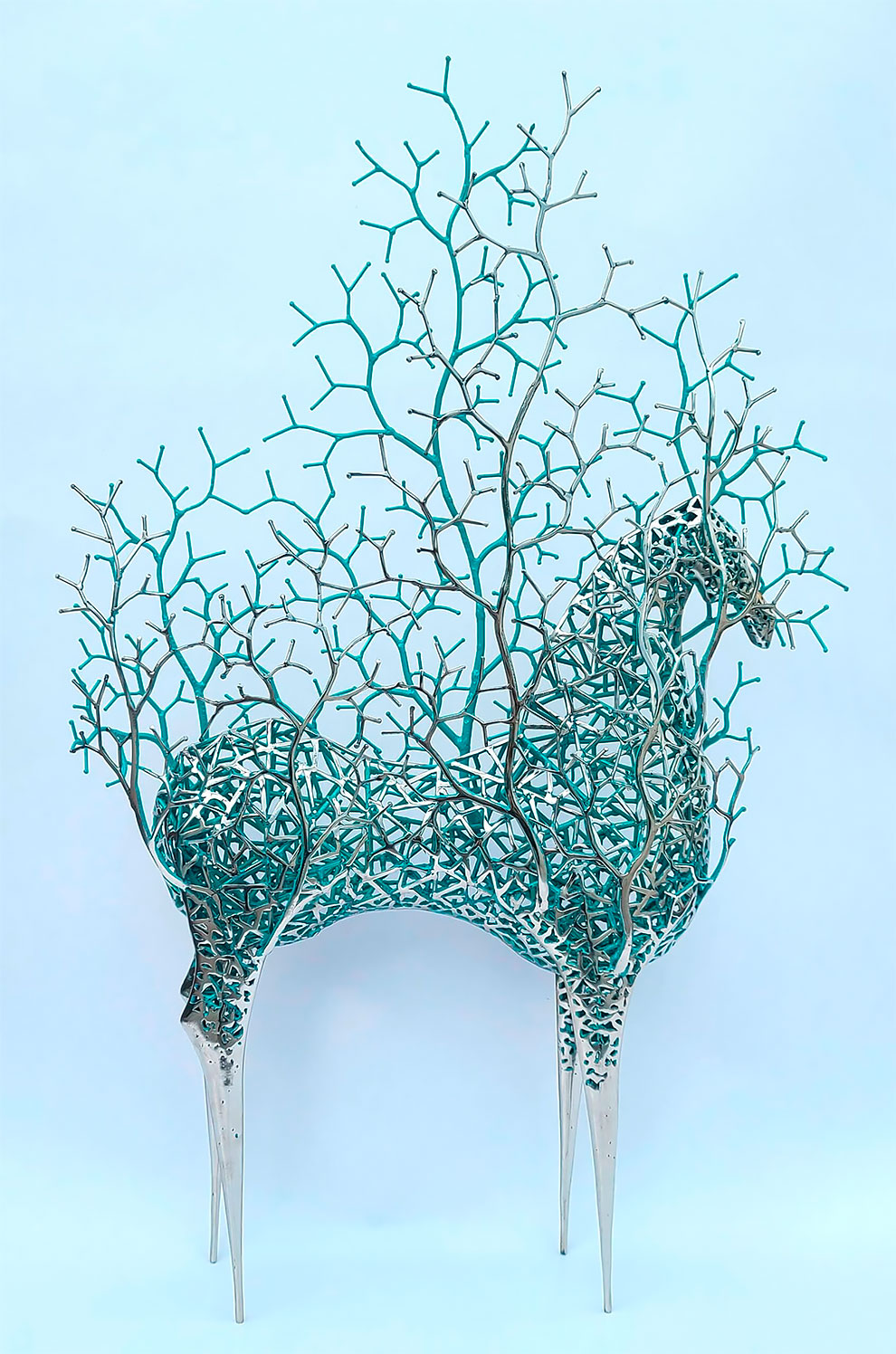