The “ECO-CLIFF” is purposed by Hila Davidpu, Tal Gazit, Eli Gotman, and Hofi Harari recently, which is a revolutionary tower that will serve as a nesting ground for thousands of migrating birds as well as an ecological habitat for the different animals and species of the “Costanera Sur Ecological Reserve Zoo”. 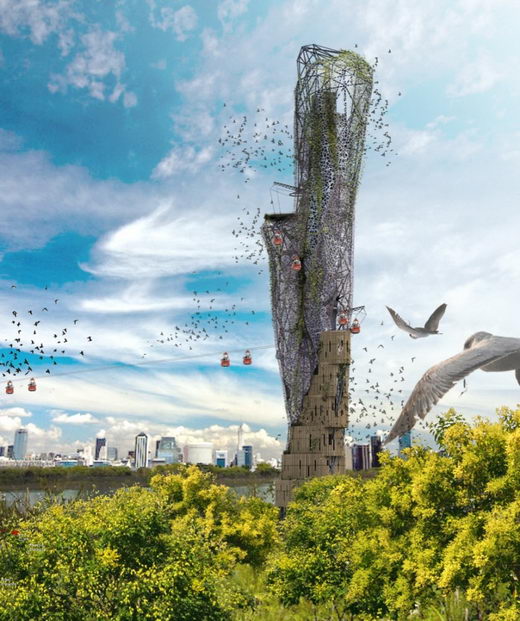 Wrapped around a rigid structure, a system of nets and steel cables of varying densities covers the different functions, while maintaining, from a distance, the tower’s image of an organic cliff. The perforated skin of the tower will allow the controlled penetration of natural light and fresh air as well as rain water, in preferred areas, along with a system of green vegetation ingrained in the netting system, thus creating a small eco-system within the buildings boundary. 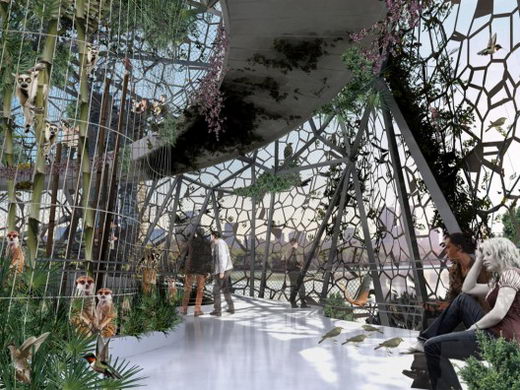 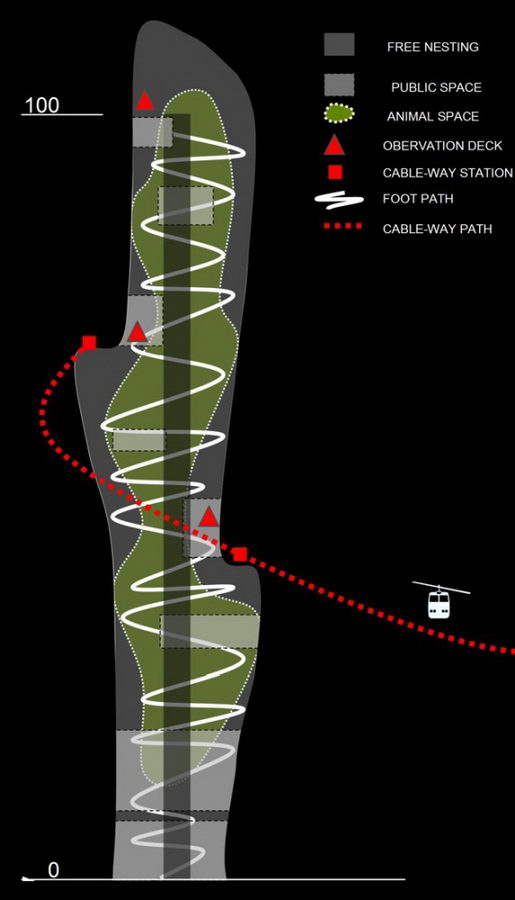 The idea is probably too far-fetched but there’s no doubting its uniqueness and of course, attraction. A vertical zoo! Who wouldn’t want to see that. But I wonder, could animals live in skyscrapers or would they be too far out of their element?