Do you often get fascinated by pets for their glamorous colors? If so, then you really shouldn’t any further than chameleons. You’ll have one pet who can change colors into a wide range of hues, keeping you entertained for a lifetime!

Despite their beauty though, there are a few things you need to know before adopting one. Chameleons require special care and needs. To keep your chameleon pet well-cared for, here are a few facts you must keep in mind.

Chameleons Are Not Big Fans of Company

You might be used to having your pet around at all times. Cats and dogs practically have no sense of personal space, after all. However, that will all change once you own a chameleon. Think of the most introverted and socially inept person you know – and multiply that by a hundredfold. Chameleons absolutely despise company; you’d have better luck with adopting a Tasmanian devil or a wolverine. They’re highly territorial creatures that will fight even among themselves, and especially if another chameleon of the opposite sex is placed nearby. If you’re considering getting a pair, you’ll need to place them in a very large and heavily-planted place and watch them closely all the same. 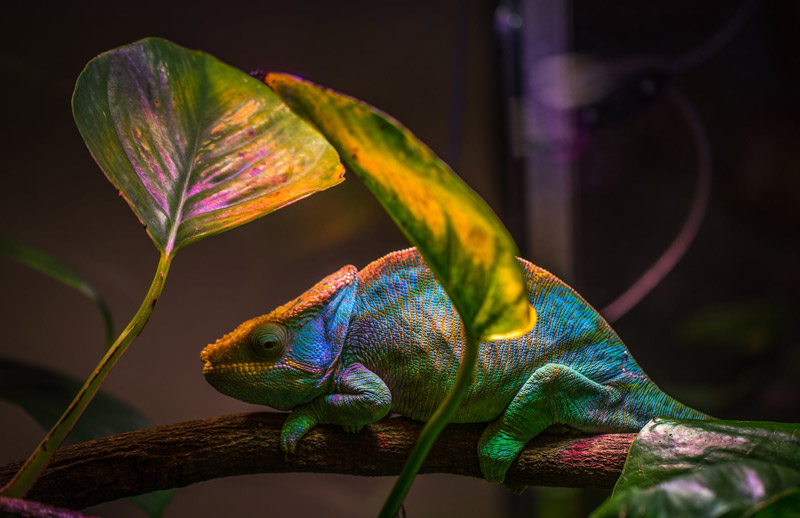 They Don’t Show it, but They’re Easily Stressed Out

Chameleons live up to their introverted nature in every possible way. Not only do they like their solitude, but they freak out pretty easily if they’re handled. They’ll be pretty aggressive toward other chameleons, but they’ll freeze on the spot if a human handles them; it’s their way of dealing with situations they regard as “threatening”. Their lack of response usually gives the impression they’re okay with being handled, but it’s just them freaking out on the inside. Their stress hormones will rise and adversely affect their immune system.

If you absolutely have to handle your pet, then you might want to consider a bearded dragon instead. They’re pretty similar to chameleons in many aspects, but you’ll soon be able to pick up your beardie once it gets used to your smell. Bearded dragons will prove to be docile and cute in handling, but chameleons are most fascinating when watched from a distance. 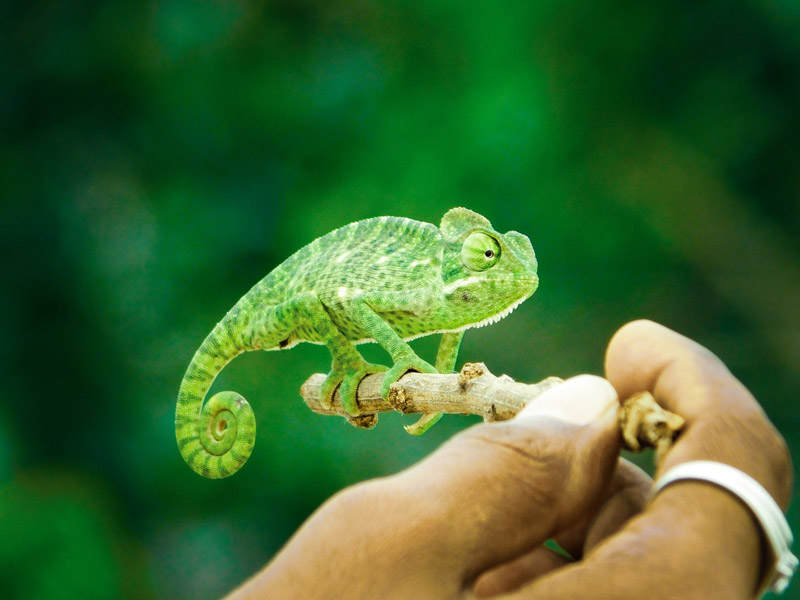 You’ll Need to Spice up Their Diet

However, if there’s one thing that all chameleons have in common, it’s that they’ll never be content with having 2 or 3 insect species in their servings. Even if you focus on providing them with highly-nutritious food, they’ll want a variety of butterflies, grasshoppers, moths, roaches, crickets, silkworms, and every other kind of worm. You’ll want to check commercially-available insects as well as try your hand at catching wild invertebrates.

They Need Large and Airy Cages

Although they’re mostly sedentary creatures, chameleons need vast spaces to grow healthily. You’ll need to place them in a large and well-ventilated cage that includes a lot of plants, climbing barriers, and other pleasant sights.

The amount of space needed can also vary depending on the species; some chameleons won’t rest at ease until they’re placed in a room they can call their own. Once you settle on your preferred species, you can make a customized cage that’s stocked with live plants, vines, and branches to accommodate your new best friend. 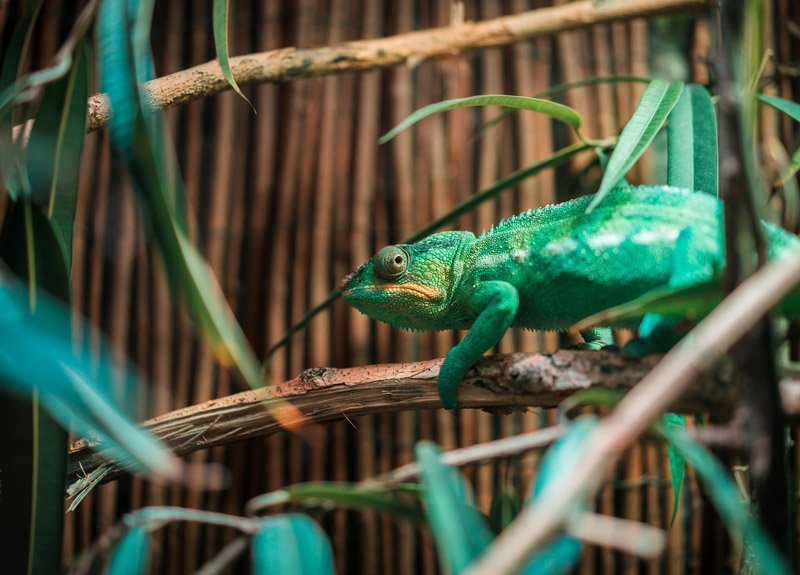 How to Choose Your Chameleon

You’ll have plenty of options to choose from when it comes to picking a chameleon. However, you should stay away from wild-caught ones. More often than not, they’ll be suffering from a myriad of health conditions, such as parasite infestation, dehydration, immune system problems, malnutrition, and other injuries.

Although captive-bred ones may be less colorful, they’ll be healthier than wild-caught chameleons. They’ll also be more used to being handled and placed in a cage, so you won’t suffer as much in raising them. Once you find a good store, you can choose a chameleon based on the species, sex, special needs, and price.

Chameleons are fascinating creatures. Once you provide them with good habitat and a varied diet, you’ll be rewarded greatly. However, your reward will only be as great as the space you give them; as they’re highly introverted beings. Before adopting a chameleon, you should get familiar with their behavior and needs so you can live together happily ever after.

8 Web Design Ideas that Turn Heads and Get Attention