Graphic design firm Dowling Duncan created a remarkable entry for the Dollar ReDe$ign Project. The series of notes are intended to be both educational and easy to use. Each note uses a black and white image depicting a particular aspect of American history and culture. They are then overprinted with informational graphics or a pattern relating to that particular image. 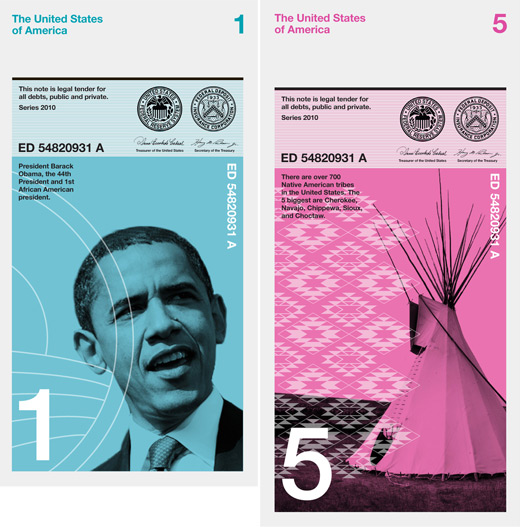 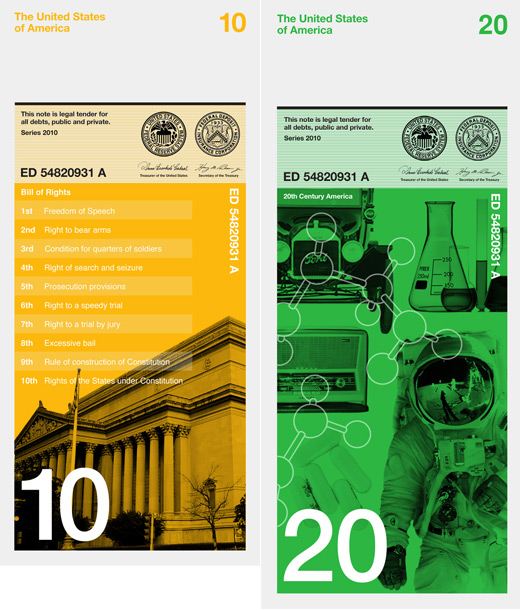 $10 – The bill of rights, the first 10 amendments to the US Constitution 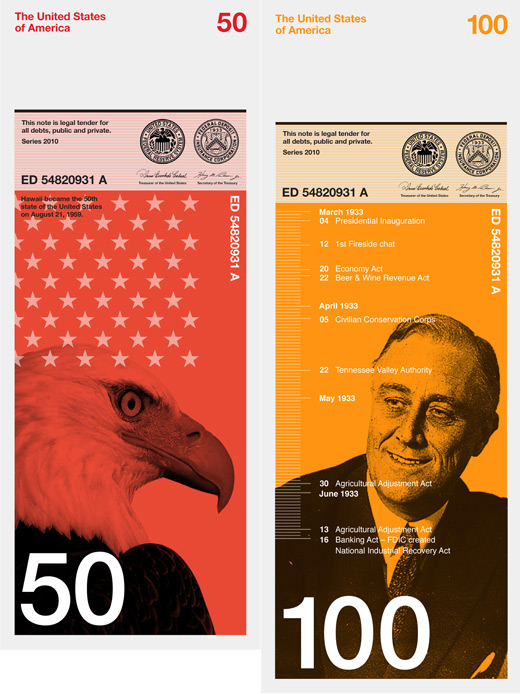 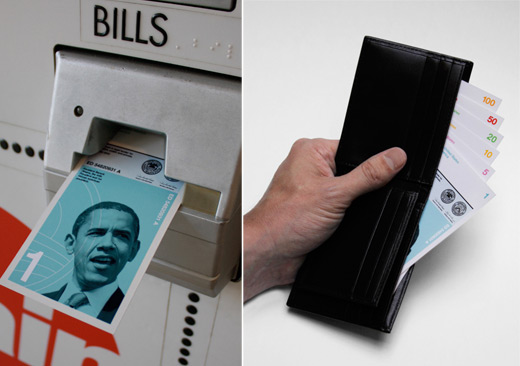 That is the most colorful money design I’ve ever seen. According to the company, the reason for that is they think it’s a strong way to distinguish one note from another.

I just wonder how much it will cost to make a note like that?

Micro-sculptures that fit in the eye of a needle

2 thoughts on “Interesting Redesign of US Dollar”