Crop circles are patterns created by the flattening of crops such as wheat, barley, rapeseed, rye, corn, linseed and soy.

The term was first used by researcher Colin Andrews to describe simple circles he was researching. Although, since 1990, the circles have evolved into complex geometries, the term circle has stuck. Various hypotheses have been offered to explain their formation, ranging from the naturalistic to the paranormal.

And I also found an interesting face, seems most of the crop circles are existed in UK. lol 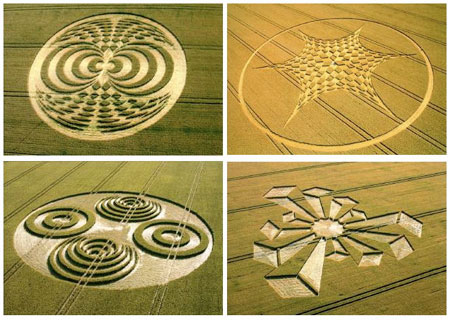 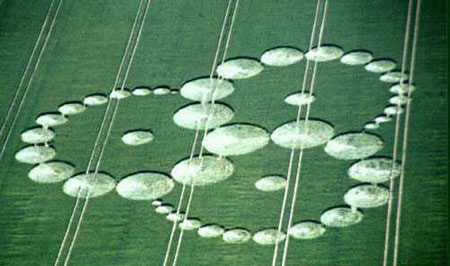 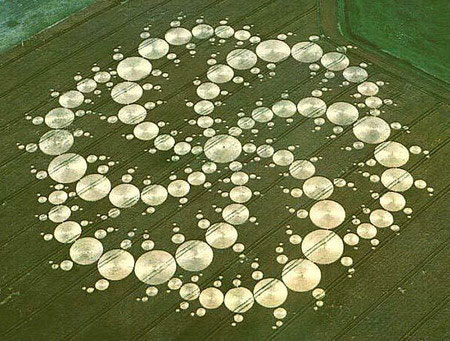 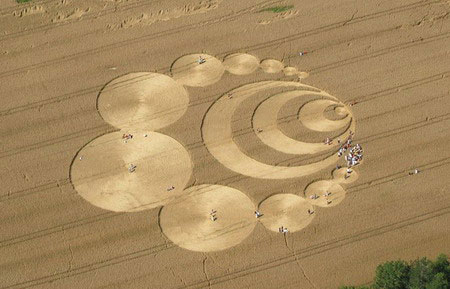 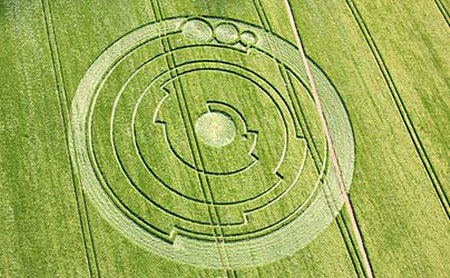 The circle is a coded representation of pi to the 10th significant figure Photo: APEX PICTURES [link] 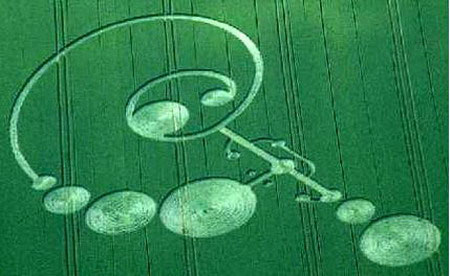 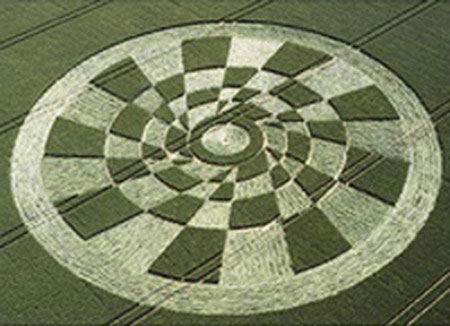 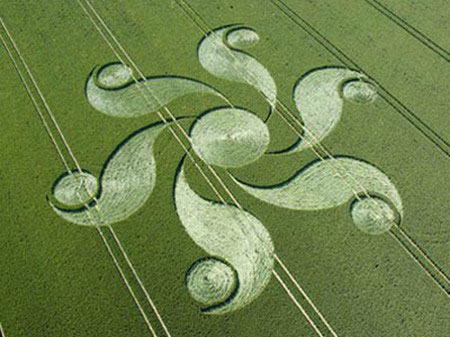 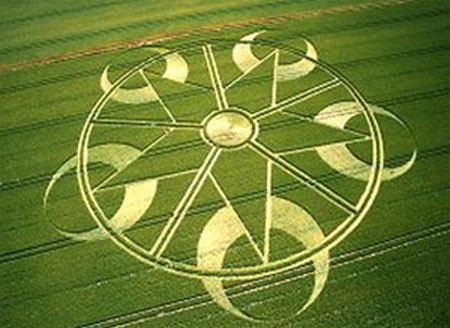 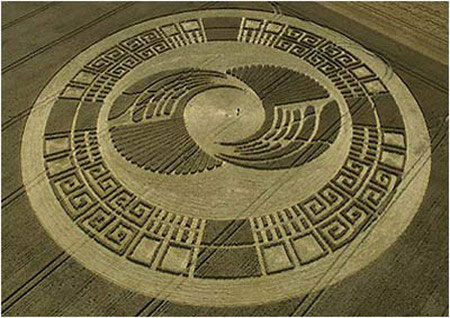 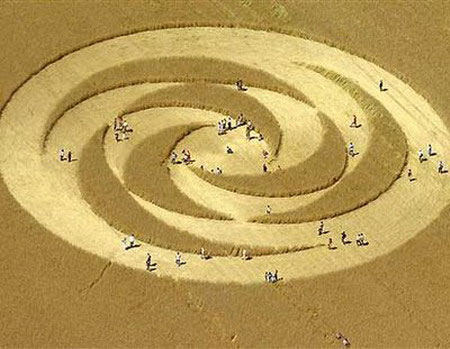 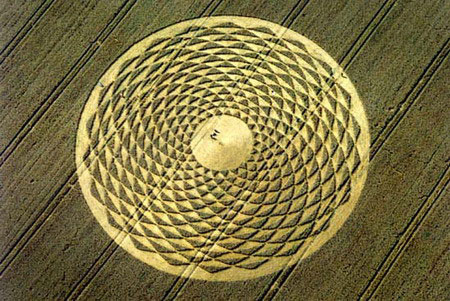 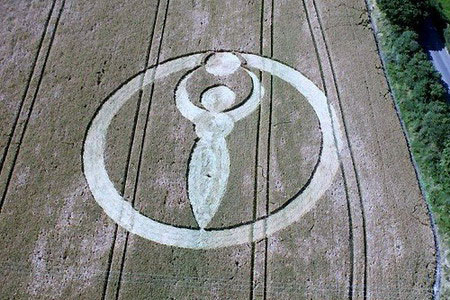 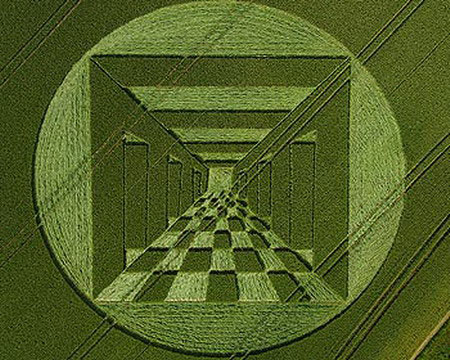 Stunning Photography Simultaneously Captures Life Above And Under See Level

Heartwarming Photos of Baby and Bulldog