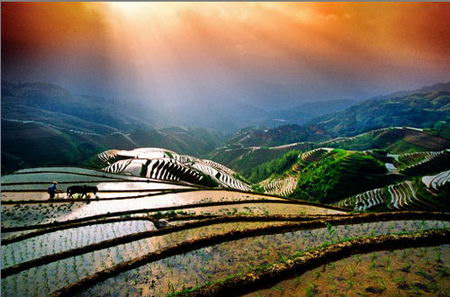 Some of you might see this picture before. It is really beautiful and breathtaking. However, do you know where this photo was taken? After a bit research, finally, I find that it is GuiLin of China.

GuiLin is situated in the northwest of Guangxi Zhuang Autonomous Region, with the Nanling Mountains running along its northeast border. It has a humid mid-subtropical monsoon climate. The pleasant climate and the beautiful sceneries makes Guilin a charming place. It is said that “East or west, Guilin landscape is best!” and that “While snow is rare for years, flowers bloom in four seasons.”

As a scenic town and one of the best-known tourist destinations in China. There are many scenic places, including Longsheng with its famous Longsheng Rice Terraces (the exact place where the above picture was taken); The Li jiang river, Elephant Trunk Hill and Guilin Fubo Hill; Guilin Reed Flute Cave and much more. 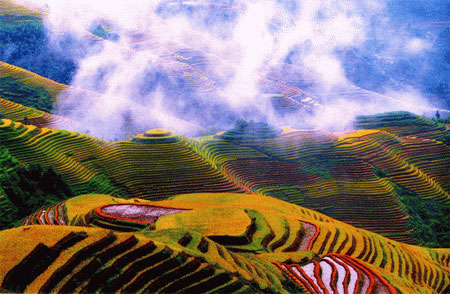 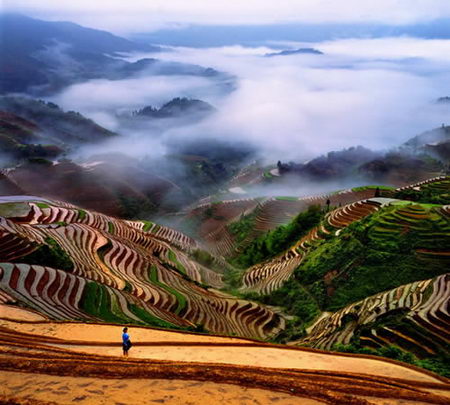 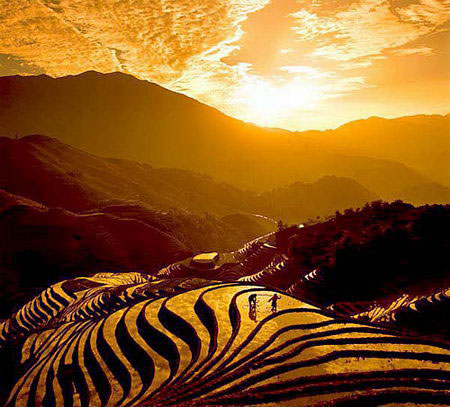 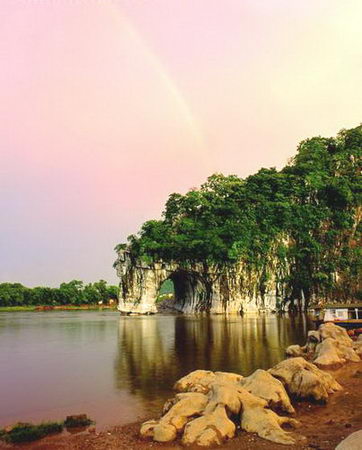 EStanding above the ground, Fubo Hill, or Wave-Subduing Hill, slopes into the Li River in the east and looms in the west. It is so named because waves and ripples run back wherever they meet the peak, which descends into the river, blocking the water. 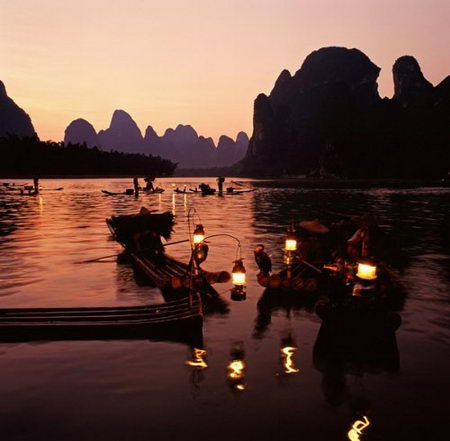 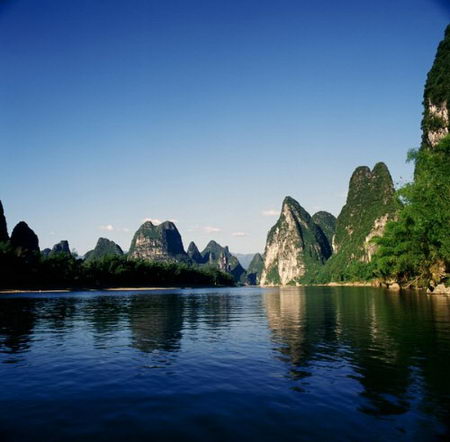 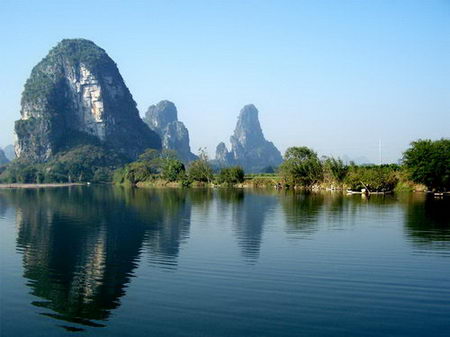 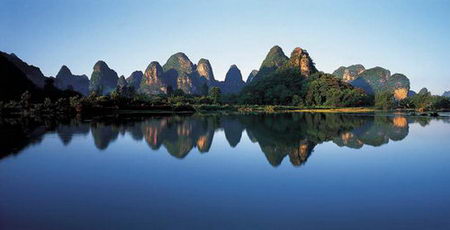 The long and winding Li River, meandering on its way from Guilin to Yangshuo, has been the inspiration for countless poems, paintings, and songs. It is the main attraction in the area around Guilin and, along with visiting the region’s many ethnic minorities, is the primary reason many travelers come to Guangxi. 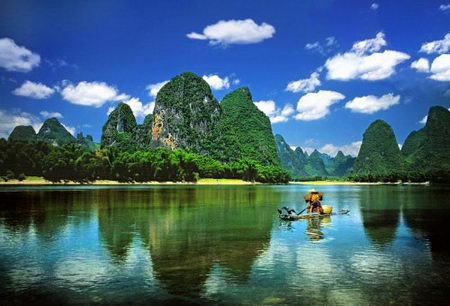 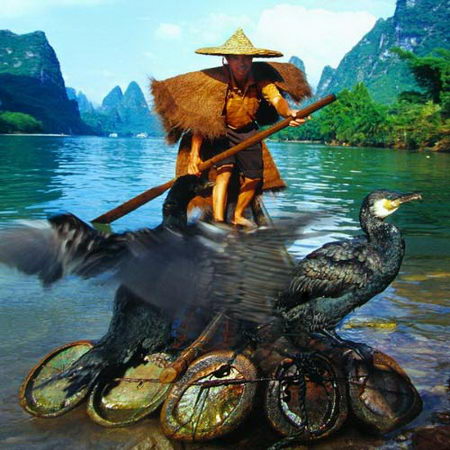 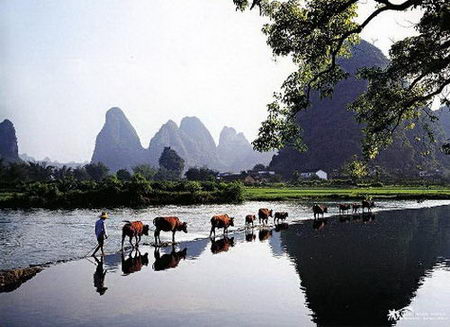 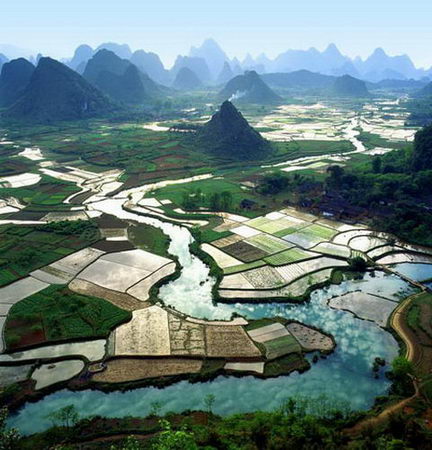 Magnificent Photos of Traditional Architectures of Japan in Snow