People love visiting cities for various reasons as it allows them to explore and understand the different cultures of the world. One of the things that attract people from different parts of the world is architecture. It is a portal that takes you back in time and distinctly defines a place through its rich history.

If you are someone who loves architecture, you understand how these visual designs teach us about a city’s character. Even though most cities are beautiful for their own unique history and culture. There are many cities that have a rich history like Atlanta and how it is recognized as the capital of the south.

In this article, we will explore some of the most beautiful and dazzling cities that attract architecture lovers from all across the globe. 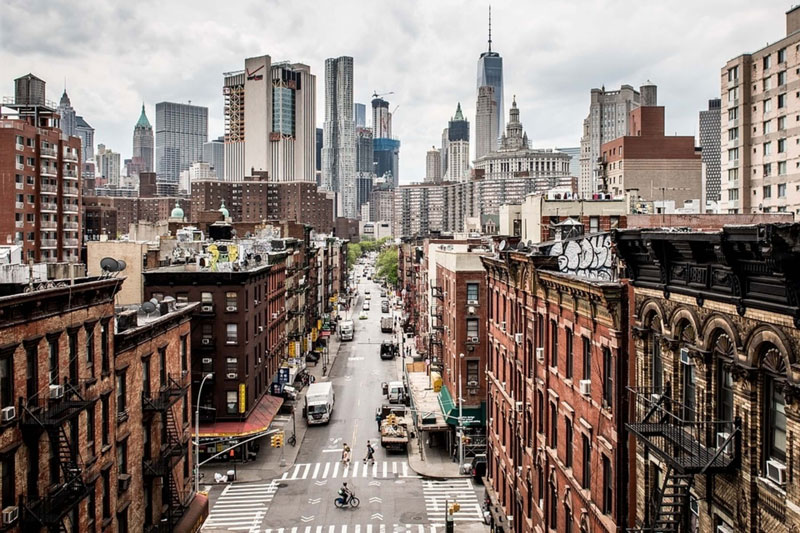 Barcelone is undoubtedly one of the most beautiful cities in the world as its grandeur architecture has over 2000 years of architectural history. Everywhere you go you will witness the mix of Roman ruins and gothic cathedrals of the Catalans modernist, Antoni Gaudi.

Gaudi used many techniques and styles that focused on incredible ironwork, undulating stonework, stained glass mosaics and so much more. A walk around Barcelona will allow you to witness stunning architectural work all around the city such as the Park Güel, La Sagrada Familia, and so on. When traveling it is important that you do enough research about your location, here are some travel tips that will make your trip unforgettable. 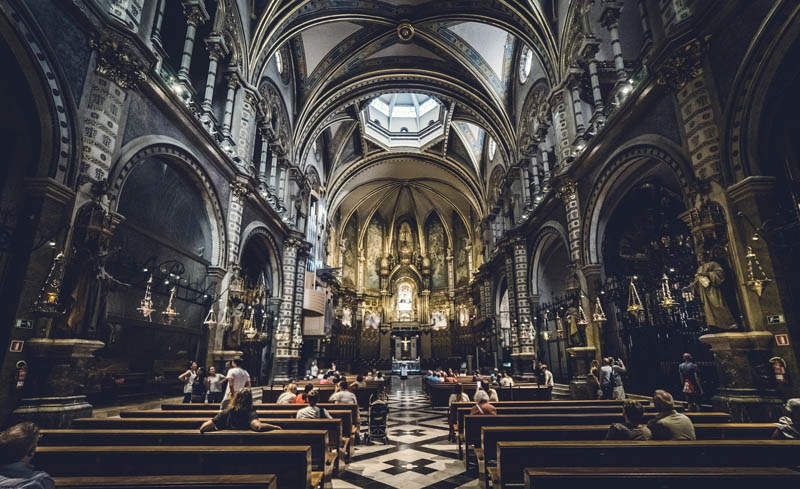 When you talk about Istanbul you will witness a crossroad of design and culture all through its landscape. The city has always been known as a hub of trade, culture, and thousands of years of power. When you visit the city you see the classical influences of the Roman, Greek, Ottoman, and Byzantine.

The city is packed with an array of palaces, monuments, and towers that display the two conquering empires distinctively. The colossal Byzantine dome and the 6th century Aya Sofya that was once a basilica then a mosque and now a museum are the most attractive landmarks in the city.

When it comes to futuristic and architectural designs Brasilia is exactly where you want to be. Brasilia was built to be the new capital city in the ’50s and was born in the barren center of the country. Oscar Niemeyer played a vital role in designing the residential, commercials, and even government buildings of the city.

During this glorious experiment, Niemeyer used materials like glass, concrete, and sharp contrasts of typical futurism. He also built the Cathedral of Brasilia with 16 parabolic concrete columns that reach for the sky when you sit below it. These columns are surrounded by high stained glass windows that open towards the heavens. The residence of the President, Museu National, the Three Powers Square, and the attorney general’s office are some of the places you should visit. 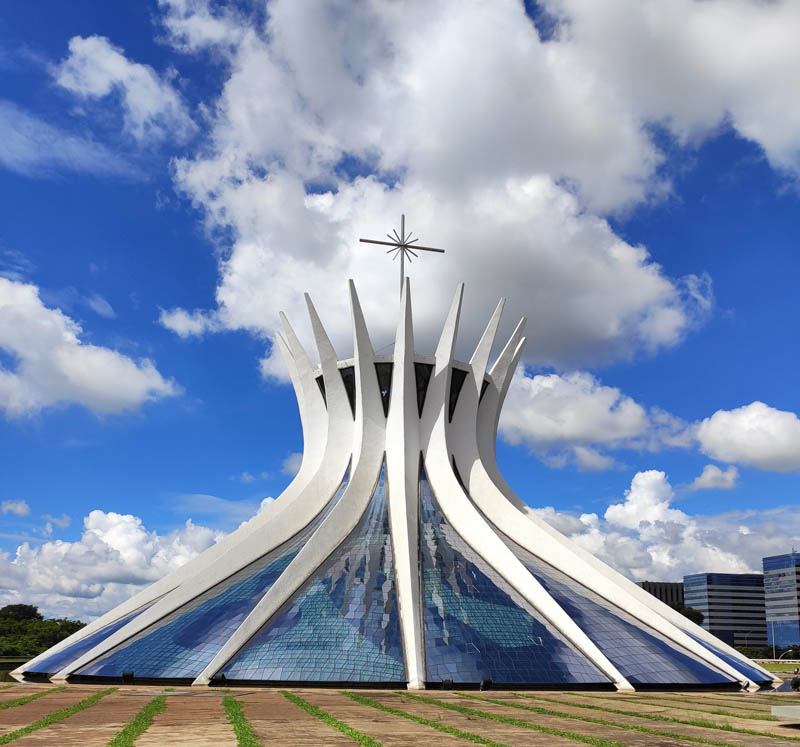 A visit to Athens will allow you to divulge yourself back to 400 BC to ancient Greece. The city has been renowned as one of the most vibrant cultural capitals in Europe because of its architectural ruins. Athens provides some of the most beautiful sculptures of deities, temples, that represent the culture and history of the place.

The temple of Hephaestus, the temples of Olympian Zeus, Temples of Athena, Temple of Poseidon, or even the iconic Parthenon on Acropolis Hill are some of the most prominent places in the city.

We cannot talk about beautiful, intrinsic architectural city’s and not talk about Rome. The Romans are known to have some of the most elegant and contemporary ancient ruins and buildings that dive into the rich history of the city. The city has one of the biggest centers of 17th Century Baroque architecture that are known for its opulence, grandiosity, and contrasts of light and shadow.

When you travel to Rome you will witness almost every architectural style since the ancient classical movement. Some of the places that you should visit are the Colosseum, Pantheon, admire the world of Michelangelo and Bernini at St. Peter’s Basilica, Santi Luca e Martina, and so much more. 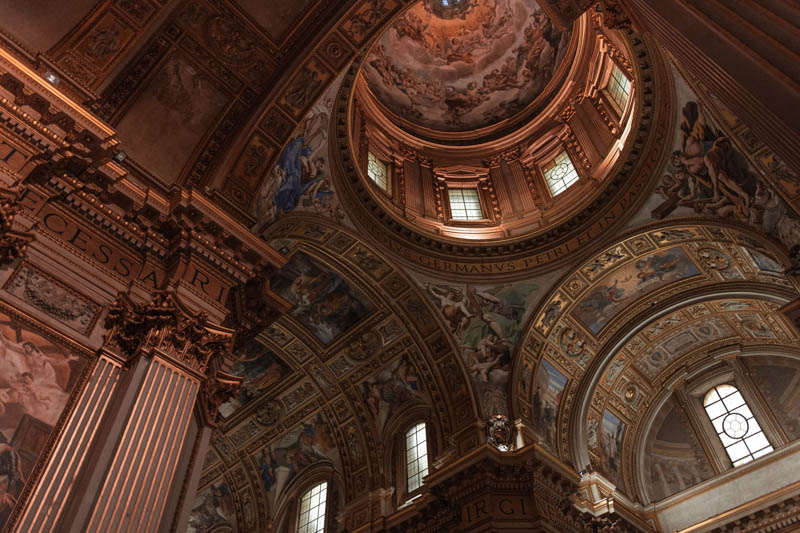 The city of Delhi is no stranger to architectural history as the capital of India is home to some of the most popular known landmarks in the world. Delhi is known for its Mughal architecture that is found in several parts of the city, The architecture is a blend of Indo-Islamic-Persian style that represents the Mughal Empire that reigned over the land.

Visiting any of these landmarks you will witness white marble stones, red sandstones, large bulbous onion domes, delicate ornaments, large gardens around these pieces of art, and so much more. Humayun’s Tomb, Red Fort, Jama Masjid, Alauddin Khilji’s madrasa and Tomb, Qutub Minar, are just some places that will remind you of the craftsmen of the Mughal Empire.

These are just some of the most beautiful cities that you should visit as an architectural lover. However, these locations can also be a great place to spend the holidays with your family, check some more family-friendly vacation places.

What you Should Know About Italy

Open-air Hotel Room in Swiss With No Walls or Roof