The office presented in this post is owned by a company called Nothing. It is a new commercial creative agency formed by Michael Jansen and Bas Korsten that has just opened its doors in Amsterdam.

The Nothing team took the idea behind the company name (taking nothing and turning it into something) as the starting point for the physical design of the office; which included creating walls, signage, beams, tables, shelving and even a set of stairs out of cardboard. The whole building is built almost entirely out of cardboard. 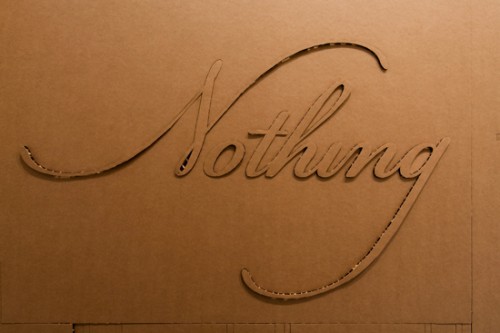 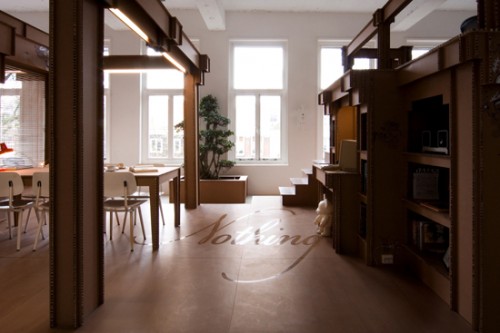 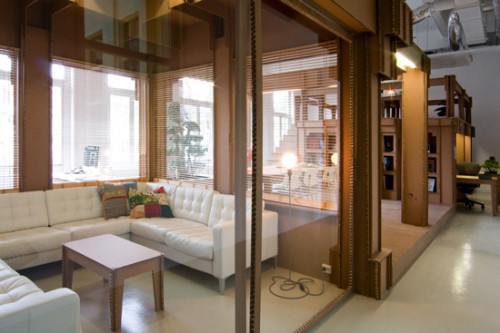 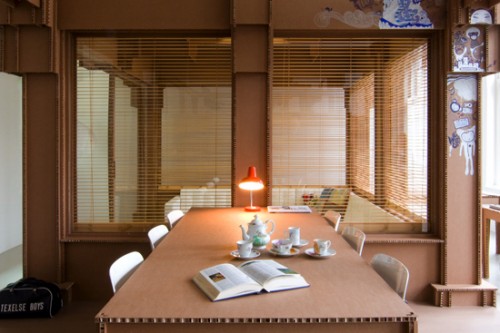 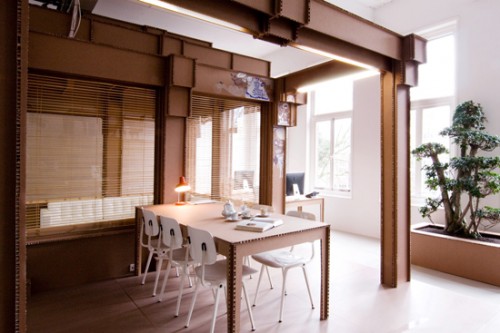 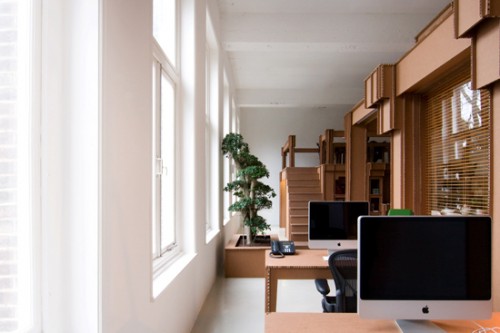 Otherwise, the walls will double as a blank canvas with visitors encouraged to leave their mark on the surface. Fiodor Sumkin, a talented Russian illustrator, is the first one who liven up Nothing’s predominantly brown color scheme with some well-crafted penmanship. 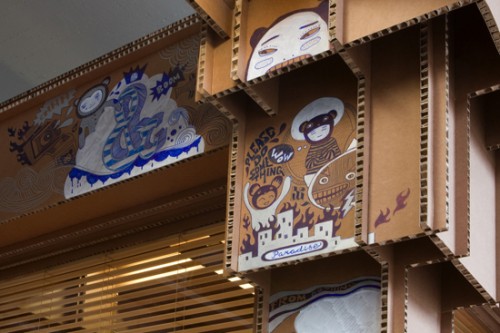 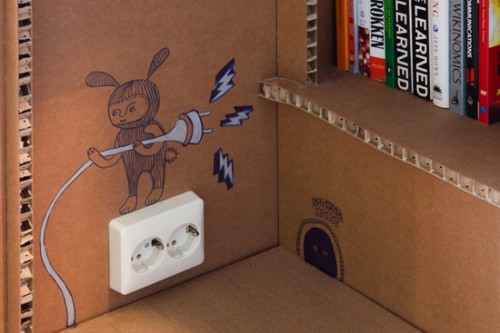 Overall, I think this place looks amazing. Just a bit concern about the fire and water problem. No smoking or maybe even no water…