I guess even the sweetest tooth might find these confections easy to resist. From worm lollipops to chocolate-dipped scorpions these bizarre concoctions could be from the dark mind of a twisted witch.

Californian based candy creators HOTLIX have been making people cringe with delight with their outrageous confections for over 25 years. Their first insect candy was a tequila flavored lollipop with a worm in it back in 1982. 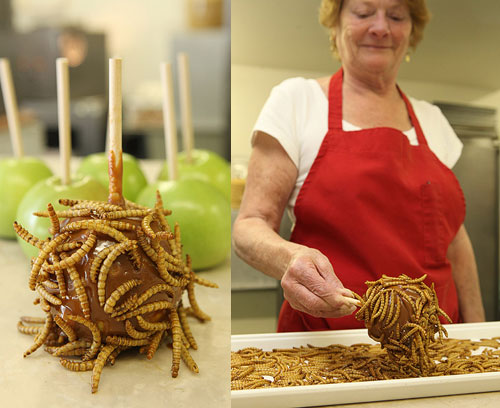 The brainchild of Larry Peterman, 70, HOTLIX have expanded their line to include devilish delights from apple, lemon and orange flavoured Cricket Suckers to Amber InsectNside and spice-flavored Larvets. 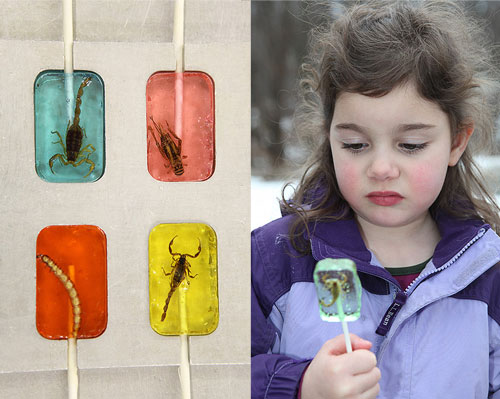 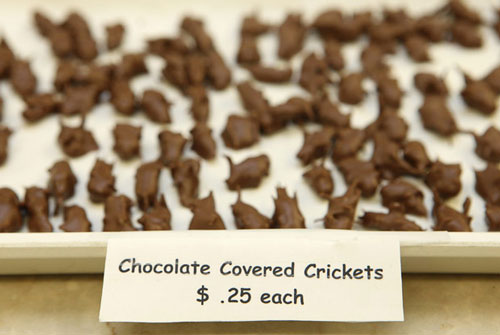 Many people think the scorpions are poisonous but when a scorpion dies it is not longer venomous… It is cooked before it is put into the candy so a lot of it is actually protein. It actually could be quite good for you, but they still do cut off the stinger just to make sure there is no hint of poison.

Those worms are feed with things like oatmeal, apple peel and banana peel so they are clean bugs filled with nutrients. And till now, no one knows exactly what the process is before inscet is cooked, So far though HOTLIX’s secrets have stayed safe and sound.

So, now, would like to try on those insect candy? If you are interested, just check HOTLIX’s website and I am sure there are more bizarre insect candy waiting for you. For me, I just hope I won’t have nightmare about these special candy… :(