Combining skills in mechanical engineering and furniture making can yield awesome results, like this Origami-inspired chess board from furniture designer Brian Ignaut. While prototyping a new design for an expanding table, he discovered a new way to make multiple surfaces fold relative to one another, which he then adapted into a chess set.

Featuring four wooden panels connected together by stainless steel links, the multiple surfaces of the chess board fold relative to each other, producing a striking visual effect.

In the design, four wood panels are connected by six stainless steel links, four of which are used in pairs while the last two are used alone. The link pairs keep the joined panels parallel during all movement, while the single links permit rotation between boards which is used when pivoting the board into its playing orientation. 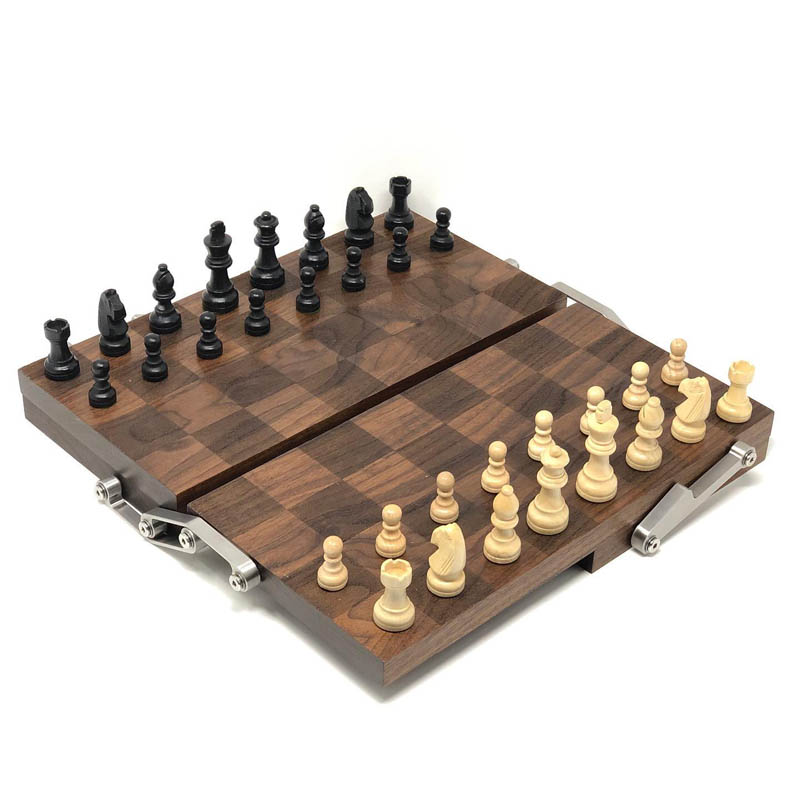 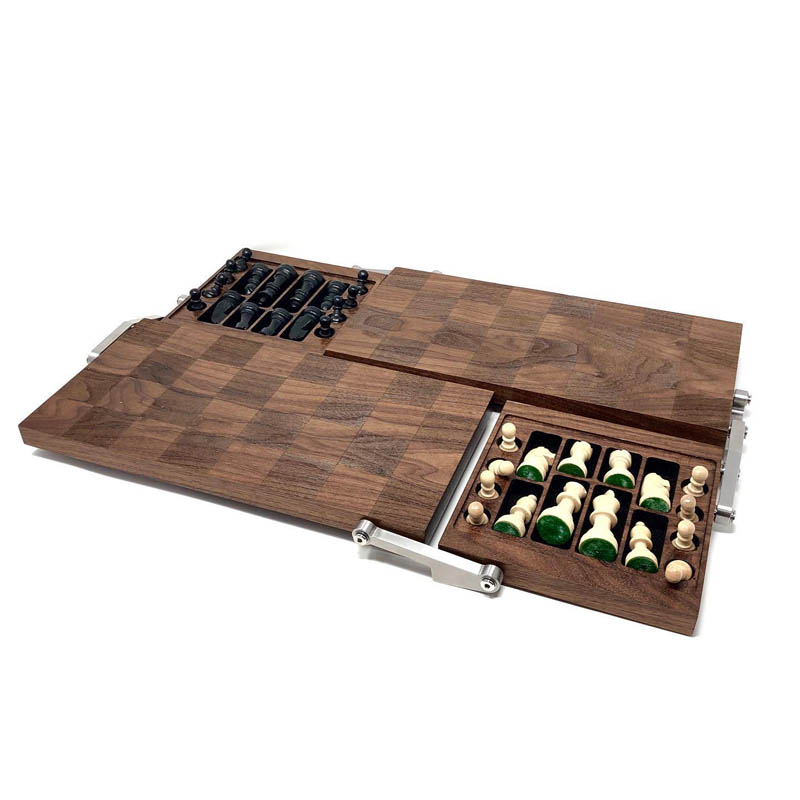 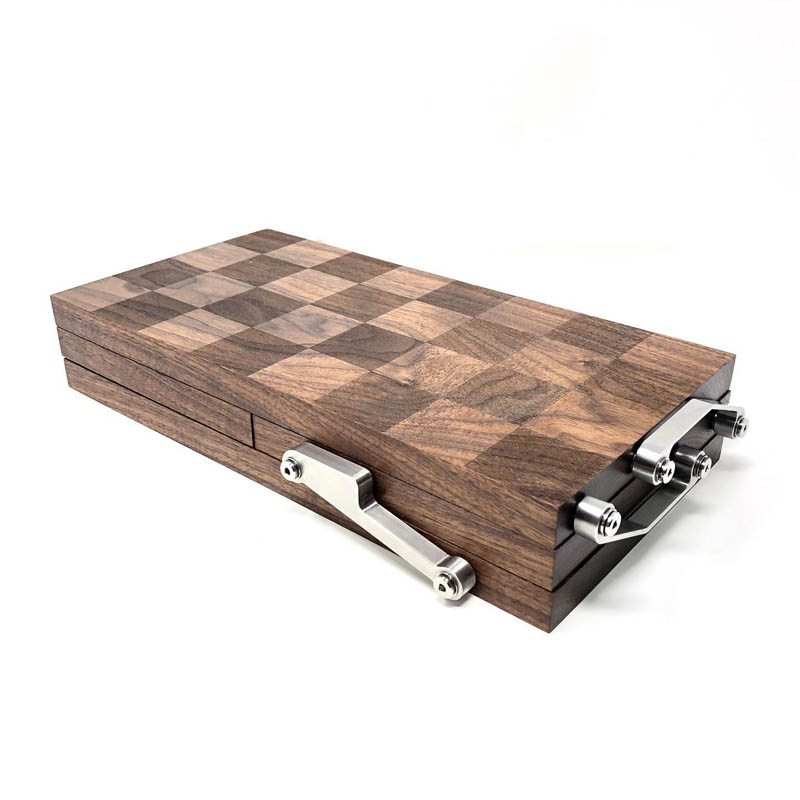 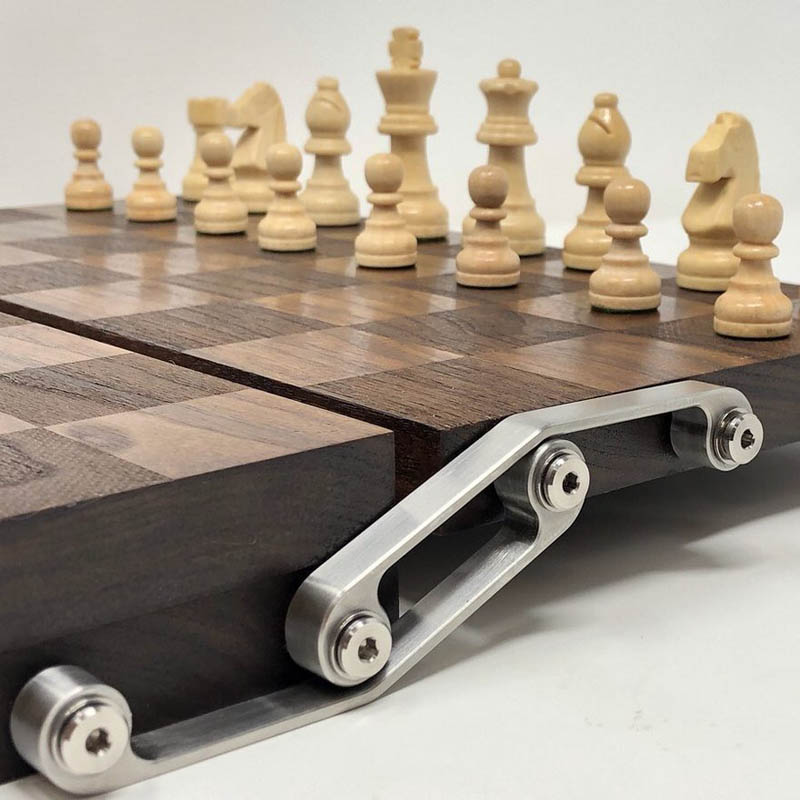 Comparing with its sibling on Amazon (travel chess set), I won’t say it can fold to smallest size, but the movement from folding to unfolding is definitely more visually pleasant. What do you think?

Too bad that is still in prototyping stage. And we are looking forward to see it go live on Ignaut’s company Degrees of Freedom.