“Call of Couture” is a new series of dog sculptures composed of thousands of crayons in the theme of high fashion by Nashville, Tennessee-based artist Herb William. In this series, 15 different breeds of dogs are sculptured looks have been inspired by either an iconic fashion designer or a distinct style, such as Burberry Bulldog and Louis Vuitton Doberman. Meticulously composed from an expansive array of colored sticks, the forms are adhered by bonding the paper that encircles each crayon, not the wax, completely covering the volume that Williams carves or casts. While his works are often childlike, they are meant to pose intriguing questions for adults. As he states, “My intent is to continue to seriously create art that looks at itself unseriously.” 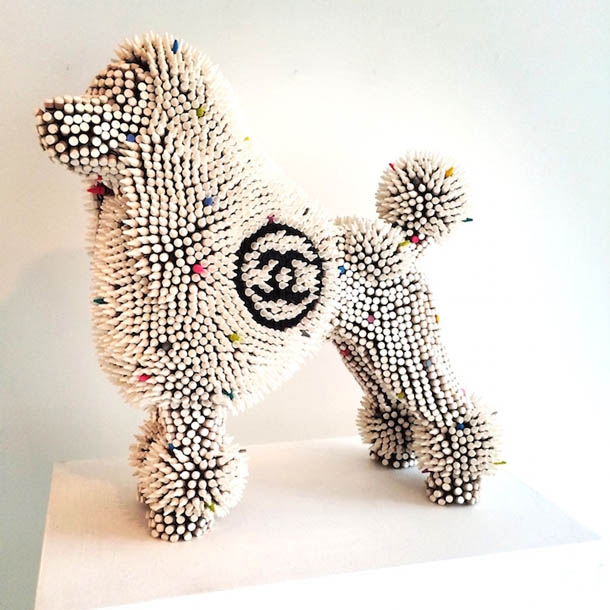 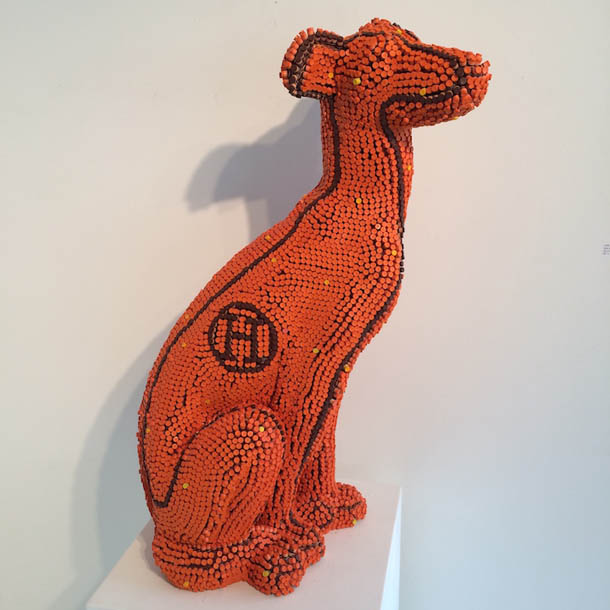 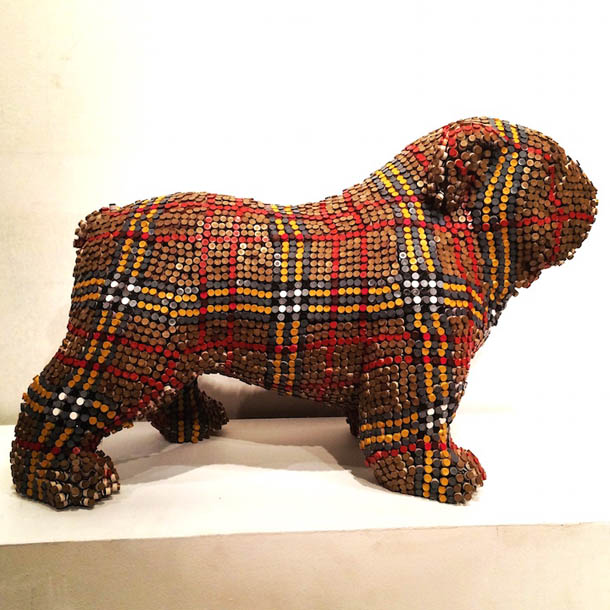 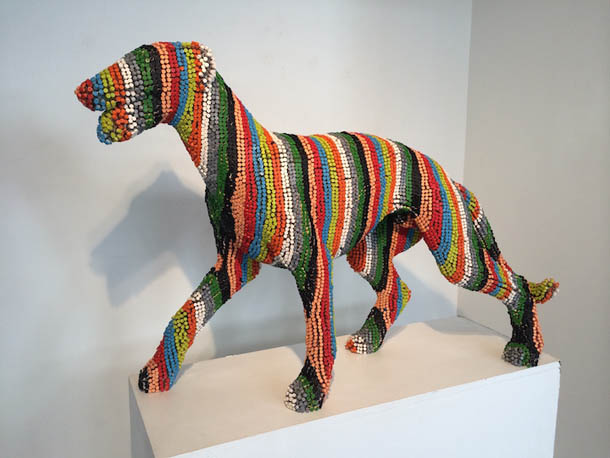 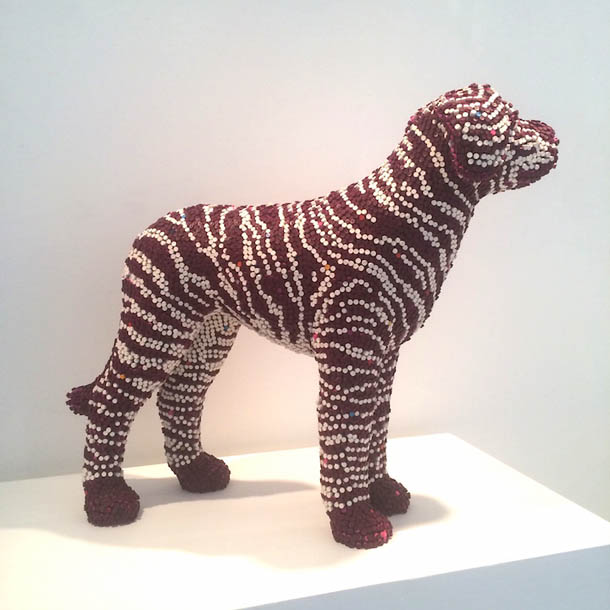 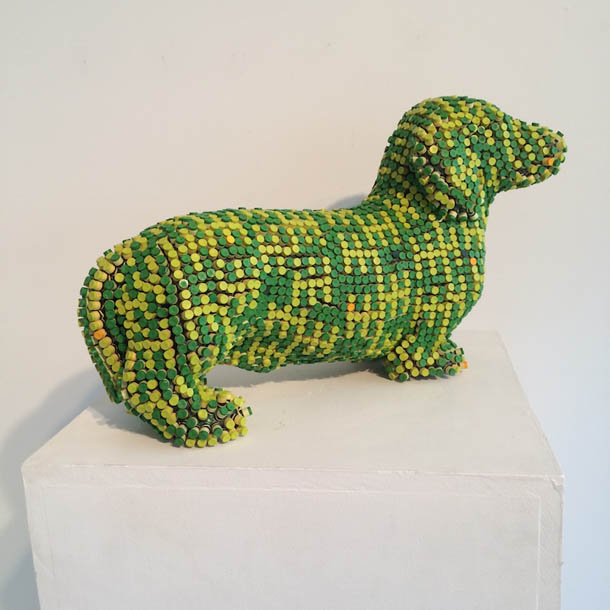 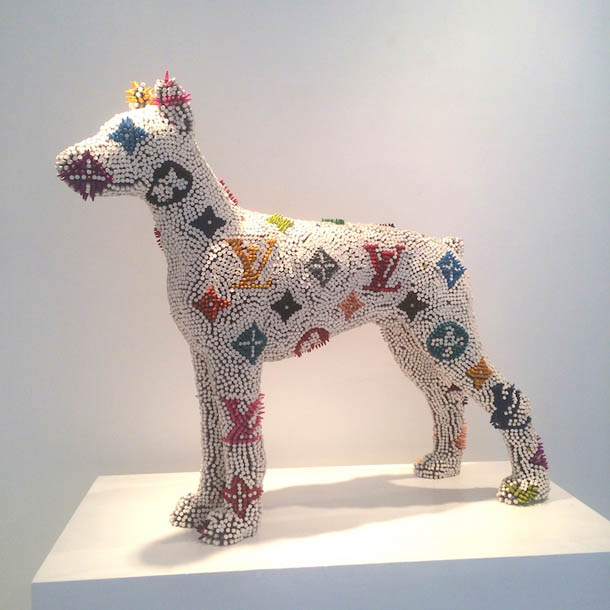