If you love nature, culture and food then Chile needs to be at the top of your travel list. Famed for its stunning beaches, breathtaking areas of natural beauty and, of course, its vineyards, there is something for everyone.
Lying to the east of the Andes mountains and the west of the Pacific Ocean, what makes Chile so unique is its varying climates, from the icy Patagonia region to the scorching sunshine across its deserts. Here are 7 must-sees when you’re visiting Chile for the first time.

First stop on any visit to Chile has to be the capital, Santiago. A thriving hub of fantastic architecture, museums, palm-tree-lined squares and parks all set against the backdrop of the snow-capped Andes means that there’s no shortage of things to do and see around the city. Plaza de Armas is the city’s most famous square, flanked on all sides by historic buildings including the Metropolitan Cathedral, the Central Post Office and the Royal Court Palace.

For spectacular views over the city, you also have to try the 45-minute hike up San Cristobal hill, (don’t worry, there’s a funicular for those who aren’t keen on walking). Once you’ve made it to the summit, not only will you be treated to the spectacular vista, but you’ll also find the National Zoo and Japanese Garden to stroll around.

With over 6,000 km of coastline, it’s no surprise that one of the reasons so many tourists love to visit Chile are the sandy beaches. The Viña del Mar region, also known as The Garden City, is home to some of the most popular and beautiful beaches the country has to offer. The nearby Playa Reñaca is one of the most popular in the area, surrounded by restaurants, ice-cream parlours, cafes and shops.

Viña del Mar is also a fantastic place to explore in itself with visitors flocking to the large botanical gardens, Parque del Salitre, on the outskirts of the city or sampling typical Chilean cuisine in the many bars and restaurants around the Plaza México and Avenida San Martín areas. 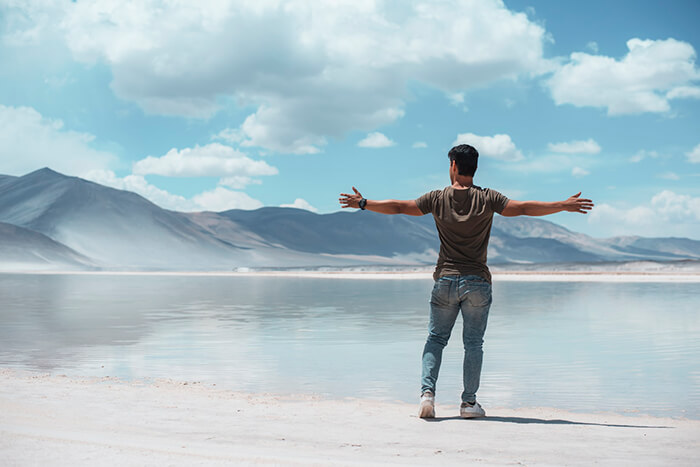 San Pedro de Atacama is a truly one of a kind place. The town, found in northeastern Chile, is perched on a plateau amid the Andes and offers some of the most breathtaking sites the country has to offer. With views spanning far across the desert and salt flats with volcanoes, geysers and hot springs dissecting the horizon, it’s a must-see for any visitors to the area.

The nearby Valle de la Luna (Valley of the Moon) also offers distinctive views over the surrounding mountains that turn shades of pink and red as they reflect the setting sun.

One of the most famous archaeological attractions across the globe, Easter Island is a Chilean territory in Polynesia. The volcanic island boasts almost 900 enormous statues, known as moai. These stone-carved human figures with huge heads were built by the island’s inhabitants during the 13th and 16th centuries.

Whilst getting to the island can be a bit of a challenge, taking almost a day from Santiago, the chance to see one of the earth’s most mysterious and incredible sights is worth it. Just ensure you’re well packed for the visit, including warm clothing and anything else you might need to make your trip more enjoyable and safe. It’s also important to take plenty of water to last the duration of your visit. 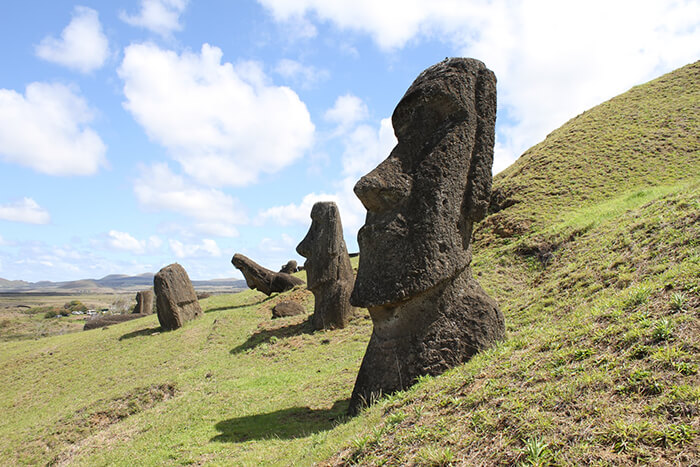 Chile is renowned for its fantastic wine so a trip to sample some of the finest reds and whites around is a must. There are various regions spreading the length of the country from north to south so, no matter where you’re headed, you’re sure to be able to find a vineyard to your tastes.

Why not head to the South region to sip on some of the world’s finest Chardonnay or Sauvignon Blanc? Or, head up to the Aconcagua region to try Pinot Noir, Merlot and Syrah.

Isla Magdalena is an absolute must-see for any wildlife lovers. The small island, found in the Strait of Magellan, is home to the second-largest colony of Magellanic penguins in South America, with around 100,000 to 170,000 penguins living on the island at any one time.

The best time to visit is throughout December and January when the penguin population is at its peak. Tourists can often find themselves within a metre of the adorable little creatures. 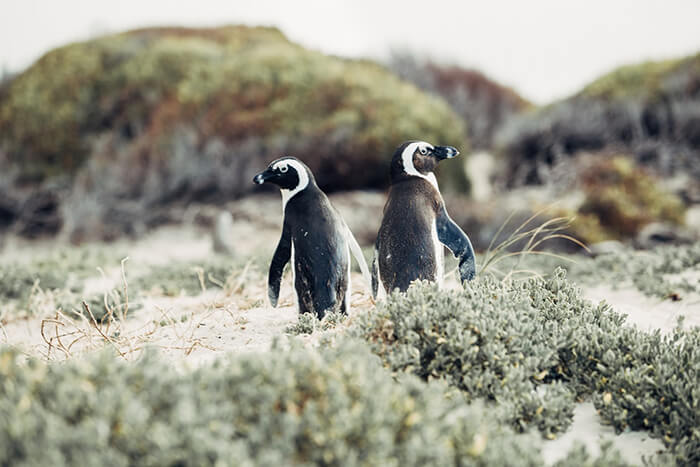 The Torres del Paine National Park, found in the Patagonia region, is without a doubt the best place to go to witness Chile’s glaciers and mountains. Known as Torres del Paine thanks to 3 granite towers which overlook the area, and also famed for its Cuernos del Paine (or horn-shaped peaks), a trip to this park is definitely a once in a lifetime opportunity. From the unique wildlife to the breathtaking scenery, Torres del Paine can’t be missed on any visit to Chile.

10 Hotel and Resorts With Amazing Pools