A 12ft-high model of the Eiffel Tower made entirely out of chocolate gave busy commuters a glimpse but not a taste of Paris today. The mouthwatering version of the famous landmark attracted hungry-looking glances when it appeared at St Pancras railway station, from which the Eurostar departs for the French capital.

The tower was constructed to mark the launch of a new range of Thorntons European city-chic inspired chocolates and will be touring stores throughout the country over the coming weeks. 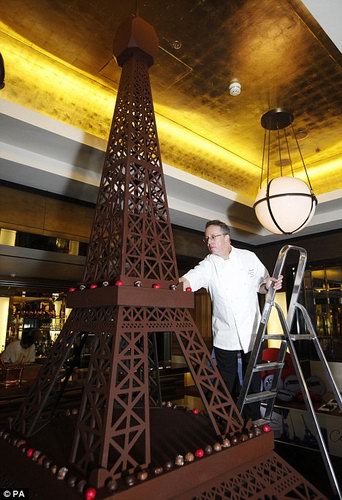